12 Gifts For The End Of The World

Some believe the world will end on December 21, 2012; NASA insists it won't. We've assembled a list of a few useful tools for any outcome.
Thomas Claburn
Editor at Large, Enterprise Mobility
December 12, 2012 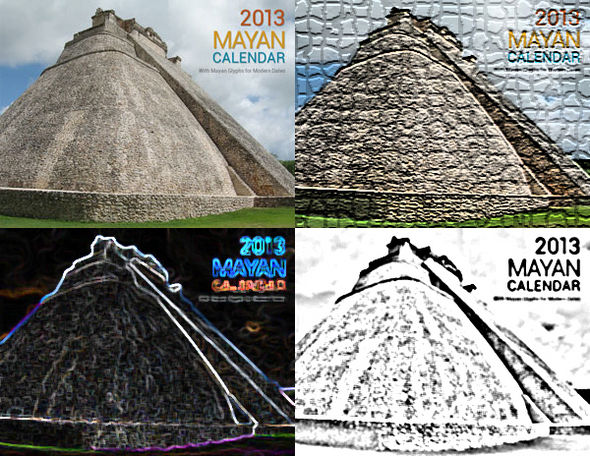 The world ends all the time, but only for specific individuals. Nonetheless, supposed seers, prophets, experts and fearmongers continue to predict the end is nigh.

Their record of success is dismal. Wikipedia documents some 150 failed predictions about end of the world. Perhaps being wrong is its own reward.

But to borrow words from the standard financial industry disclaimer, past results do not predict future performance. Sooner or later, someone will get it right -- the sun will go out, an asteroid will collide with Earth or it will turn out that Steve Jobs was speaking literally when he threatened to wage thermonuclear war to destroy Android -- it may be more than mere coincidence that Apple's new headquarters looks like an alien spacecraft designed for orbital bombardment.

Though the world will not end this month, not everyone is convinced they'll be around long enough to file 2012 tax returns. The winter solstice this year, Friday, December 21, coincides with the end of a 5125-year cycle described by the Mayan Long Count calendar. This, to a few fringe believers, translates into a coming cataclysm, or at least a merchandising opportunity. (Others thought it would happen on 12-12-12.)

NASA says it has received "thousands of letters concerned about the end of the world." Though mainstream scientists scoff at the idea, they nonetheless feel compelled to offer a rebuttal. "The world will not end on December 21, 2012, or any day in 2012," NASA recently declared on its website. That's helpful but NASA could have extended its declaration of continued existence a bit beyond this all-but spent year.

At the same time, there's reason to be prepared. Not for global annihilation, because preparation would be pointless, but for some lesser catastrophe, like zombies -- no less an authority than the Centers for Disease Control recognizes the zombie threat.

So it is that we've assembled a list of twelve gifts that will probably be more useful than a partridge in a pear tree when Armageddon comes to call. Happy holidays to you too.

The first is a 2013 Mayan Calendar. Note what that implies: 2012 will not be the last year for which a calendar is required. The idea of a paper calendar may seem unbelievably quaint in today's digital age, but paper has its advantages. This calendar will work when the power is out and can be used to fuel a fire should the need arise.