Will Apple's 5th-generation iPad be a bore or have innovations galore? We'd like to see five rumors come true.
Jeff Bertolucci
Contributor
April 24, 2013 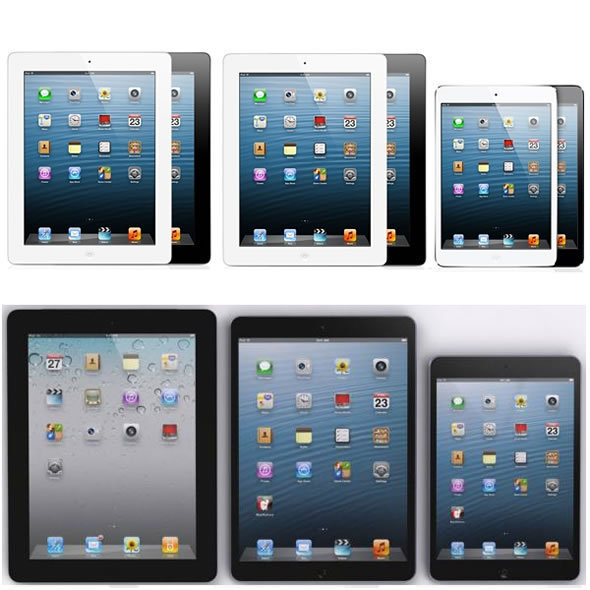 Juts how popular are Apple iPads? Announcing its fiscal 2013 second-quarter results on April 23, Apple said it had sold 19.5 million iPads in Q2, up from 11.8 million in the same quarter a year ago. Apple didn't subdivide its tablet sales, however. So it's unclear if the iPad Mini, which debuted just seven months ago, is proving more popular than the larger, full-size iPad.

Recent analyst projections suggest this might be the case. NPD DisplaySearch reported in February that tablet panel shipments in January 2013 "shifted dramatically" toward the smaller 7- to 8-inch sizes.

"As we noted in December, Apple had planned to sell 40M iPad Minis (7.9") and 60M iPads (9.7") in 2013," wrote analyst David Hsieh on his DisplaySearch blog. "However, the reality seems to be the reverse, as the iPad Mini has been more popular than the iPad."

IDC reached a similar conclusion last month. "One in every two tablets shipped this quarter was below 8 inches in screen size. And in terms of shipments, we expect smaller tablets to continue growing in 2013 and beyond," said IDC tablet analyst Jitesh Ubrani in a statement. "Vendors are moving quickly to compete in this space as consumers realize that these small devices are often more ideal than larger tablets for their daily consumption habits."

Of course, this doesn't mean that full-size tablets are passé. And there's no indication that Apple will focus its efforts on the iPad Mini at the expense of the more mature, 9.7-inch model. The 5th-generation iPad is expected to arrive this fall. Cook, in Tuesday's conference call, said some iPad sales are probably cannibalizing Apple's Mac business. A regular refresh of the full-size iPad makes sense to keep customers from jumping ship to potentially more innovative competitors.

Soon, a more distinct division might develop between large and small tablets. Some hardware upgrades, in fact, already seem questionable on larger slates. NFC for tap-and-pay shopping? The 9.7-inch iPad seems a bit cumbersome for that task. A better rear-facing camera? Again, the tablet's size and weight make the device a clumsy point-and-shoot or video camera, even if Apple shrinks its dimensions a bit.

What new features would you like to see in a full-size iPad? Our slideshow covers the hottest rumors to date. Under-the-hood improvements are always welcome, but Apple engineers must walk the tightrope of boosting processing power and other capabilities while maintaining a battery life of about 10 hours.

Dig into our slideshow and let us know what you want in the iPad 5 by using the comments section.

Image sources: top half, apple.com; bottom half: CiccareseDesign.com via MacRumors.com