From a wristband that replaces passwords to a device that helps you read on the treadmill, these wearable tech gadgets break new ground. See what they can do for you.
Kristin Burnham
Senior Editor, InformationWeek.com
September 18, 2013 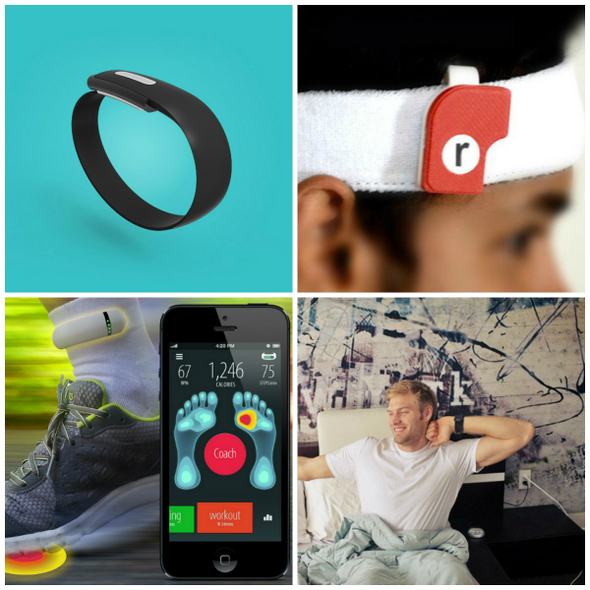 Accessories that buzz when the email you've been waiting for lands in your inbox. Devices that help you sleep more soundly. Gadgets that photograph and document your day, start to finish. Meet the latest innovations in the rapidly growing -- and lucrative -- industry of wearable tech.

Research company Visiongain predicts that the global wearable tech market will reach $4.6 billion this year. "With virtually limitless applications to a number of verticals, the wearable technology market represents a huge value proposition to all ecosystem members, from manufacturers to app developers and service report providers," the company's recent research report stated.

Among the verticals pouncing on the trend, the healthcare industry has rolled out a number of promising remote patient monitoring technologies, such as a bracelet that monitors a patient's vitals, a device that determines the severity of a person's sleep apnea and a wireless sensor that monitors fetal and maternal heart rates.

The fitness industry has also embraced the wearable tech trend, introducing the popular Fitbit and Nike's FuelBand, both of which analyze your daily activity and track your weight. Jawbone, a wristband gadget, tracks how you sleep, exercise and eat.

But Google Glass and the emerging crop of smartwatches have generated the most buzz for wearable tech. The general public still can't buy Google Glass, augmented reality glasses that the company began testing in April 2012. But developers have rolled out a number of apps, including Path and Evernote integration.

The Smartwatch buzz began in February when rumors swirled that Apple had an iWatch in the works. Though Apple has yet to deliver, the company is reportedly "aggressively" hiring engineers. Critics have questioned whether a viable market for smartwatches exists, but that hasn't stopped manufacturers like Samsung from jumping in with early products.

My InformationWeek colleague Tom Claburn recently made the case that smartwatches aren't so smart. We need wearable devices, but not smartwatches, Claburn argues. "What we should have for our wrists is a networked sensor band," he wrote. Several of the wristband products explored here would fit into that vision. (Claburn is also an early tester of Google Glass; read his Google Glass first impressions.)

Dig into our slideshow to look at eight innovative new wearable gadgets from a variety of industries. Then use the comment section to vote for your favorites -- or tell us what sounds unappealing.