SEARCH
A minimum of 3 characters are required to be typed in the search bar in order to perform a search.
Announcements
Event
This HDI Flagship event covers the entire service and support industry. Get your FREE SupportWorld Live pass today!
Report
Find out what you need to know so that you can plan your next career steps and maximize your salary.
Event
Explore strategies, new technologies, and best practices to provide a secure infrastructure - Learn more at Interop!
PreviousNext
Mobile Devices
Commentary

Now that hotly-anticipated Apple Watch is out in the open, users have been revealing new capabilities and, in some cases, confirming suspicions about the Watch's practicality. From tiny screws to how waterproof it is, here's what we learned about the smartwatch.
Nathan Eddy
Freelance Writer
April 26, 2015
Credit: 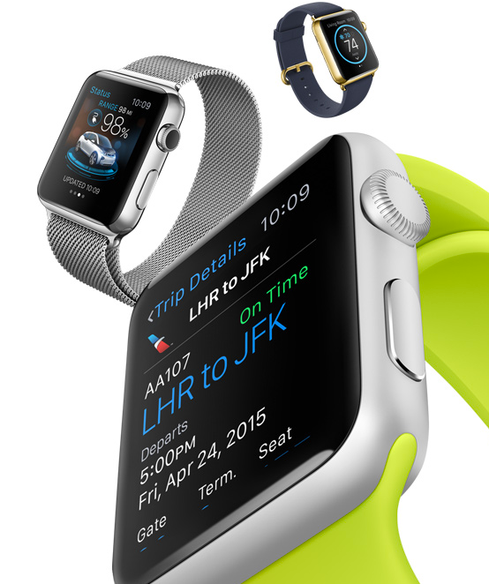 On Friday, the Apple Watch "officially" went on sale at many high-end retail stores, and those lucky enough to have ordered early may have been able to pick up their new smartwatch if supplies allowed.

The Apple Watch, like all new Apple devices, was highly anticipated and brought a lot of excitement, as well as rumors, along with it. Crowds seemed eager to try it out for themselves -- and InformationWeek Associate Editor Kelly Sheridan managed to try one out at the Apple Store in Grand Central Terminal in New York City.

In iFixit's comprehensive teardown of the device, the team discovered that the device's heart-rate monitor is actually a plethysmograph -- an instrument that can also measure the user’s blood oxygen level. The team at iFixit is betting that US Food and Drug Administration regulations -- an issue that Apple and the FDA discussed back in December 2013 -- have something to do with the company's omission.

It's Pretty Waterproof, After All

Apple cautions that while users can wear and use the Watch during exercise, in the rain, and while washing your hands, submerging the device is not recommended. However, a YouTube video from FoneFox, which tests Apple products, took the Watch for a plunge in the pool and found it to be fully functional after the dip.

Good luck using it underwater though -- the touchscreen had far less responsiveness below the surface, something the aqueous environment inhibits.

The Charger Can Juice Other Devices

Apple's charger is apparently based on the established Qi (inductive power) open standard, as an AppleInsider reader discovered when the magnetized charger starting juicing his Moto 360 smartwatch.

"That means it's likely that the Apple Watch itself could also be recharged with a Qi-compliant charging mat," AppleInsider wrote. "Such accessories are readily available, and even work with the iPhone with various third-party Qi accessories. "

The tiny components of the device made the iFixit team's teardown particularly challenging. The Watch employs very small Tri-wing screws and a host of miniaturized pieces, some that led the well-equipped team into serious difficulty.

[Read about the Apple Watch's toughness.]

"Despite rumors (and hopes) of an upgradable product, the difficulty of removing the S1 alone casts serious doubt on the idea of simply swapping out the internals," the iFixIt team wrote in their teardown. "Like everything else in this device, it's tiny."

It Really Is Tough To Select The Right App

As many had speculated, and as USA Today's Jefferson Graham highlighted in his review, the relatively tiny face of the Watch and an ecosystem of apps is going to be a tough match. Among his numerous grumblings about the complexity of the device, Graham explains selecting the right app on the first try was a frustrating experience.

We've long known that Apple won't initially be selling the smartwatch in its own brick and mortar stores -- though the device is available for purchase through its online store. Famous for its product launches that draw around-the-block lines upon debut, Apple decided to avoid that media pressure, and it seems to have paid off -- the launch still dominated the press, and there were no bad optics.