At Google I/O, it was unclear whether the company's intention was to entice programmers with its new artificial intelligence offerings, or simply fry them in the Mountain View, Calif. sunshine. Here's what we were able to see before heat stroke set in.
Thomas Claburn
Editor at Large, Enterprise Mobility
May 19, 2016 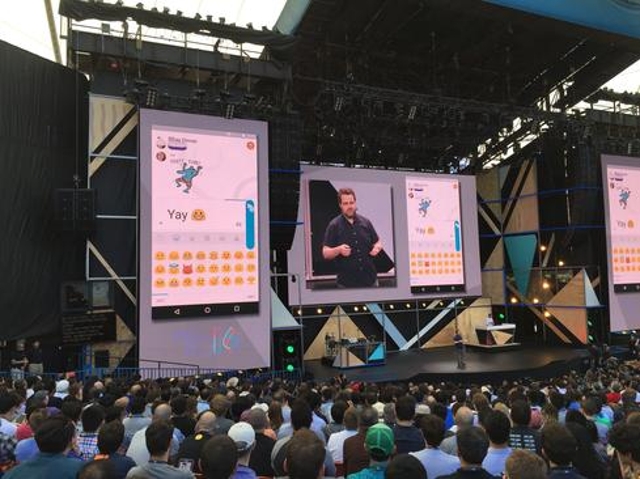 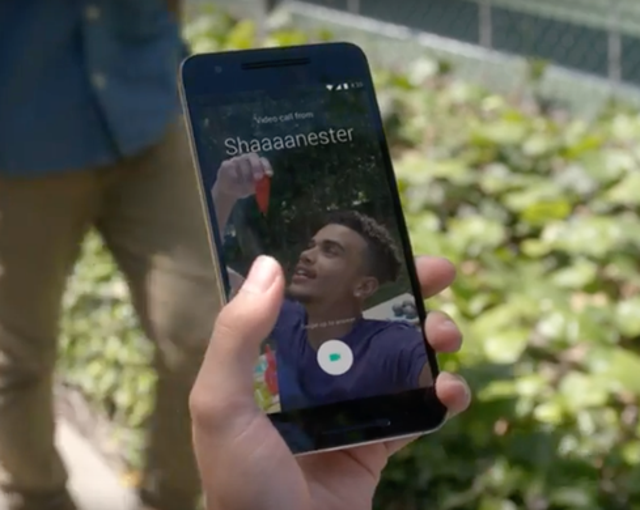 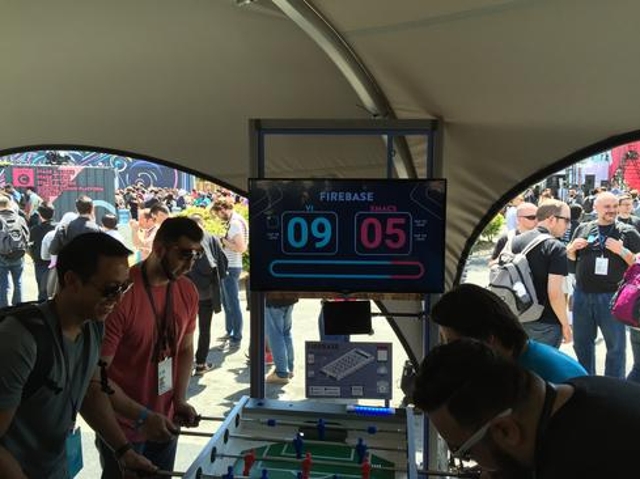 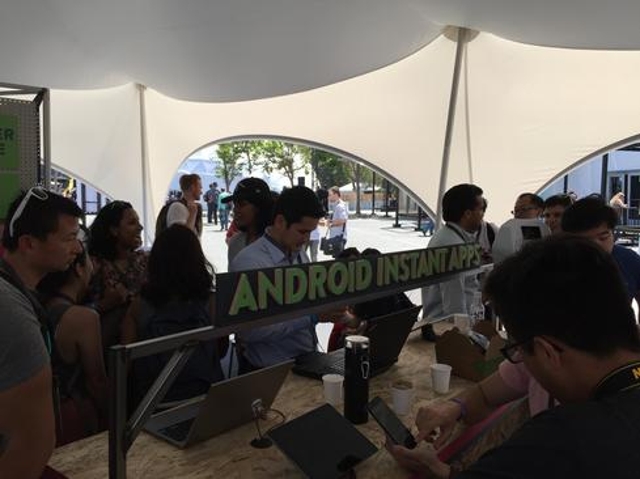 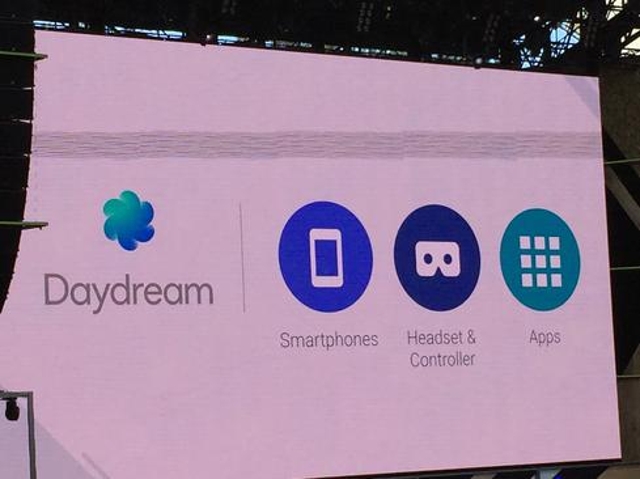 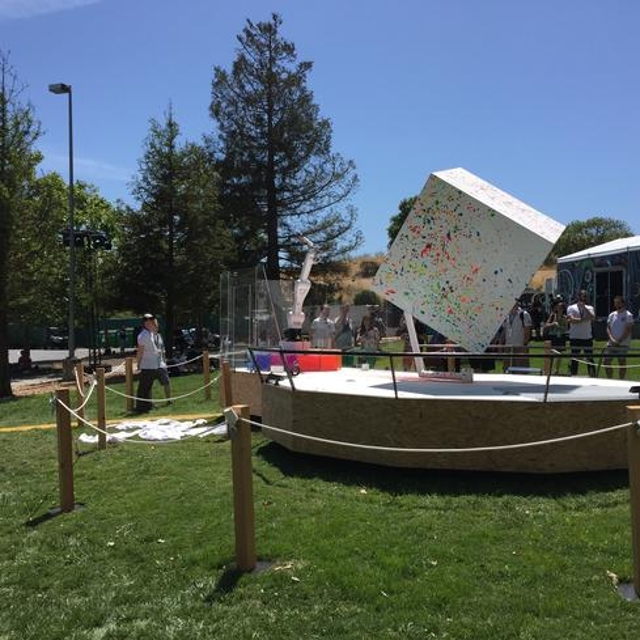 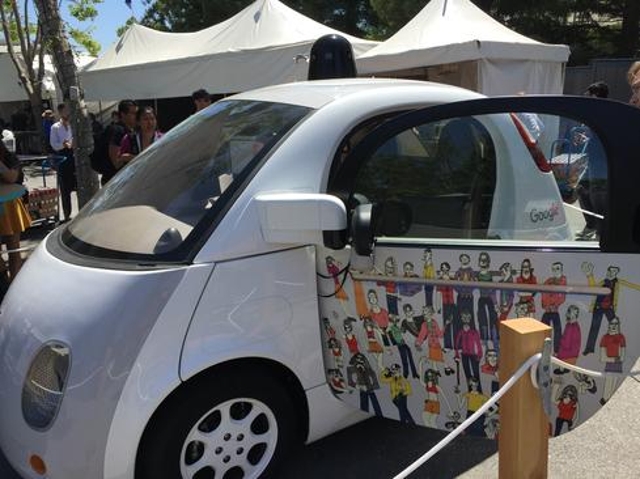 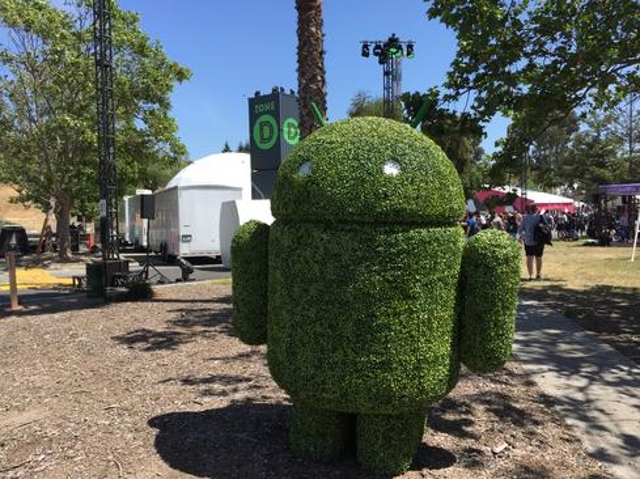 "Sunlight is said to be the best of disinfectants," U.S. Supreme Court Justice Louis Brandeis once wrote, describing how awareness of social and political challenges can help solve them.

It's also a source of sunburn. At Google I/O Wednesday, thousands of programmers habituated to the illumination of monitors sat in the sun at the Shoreline Amphitheater in Mountain View, Calif., to learn about the latest technology coming out of Google.

To protect attendees, Google passed out packets of sunscreen and "multi-function headwear," a band of cloth ready to become a beanie, a neck scarf, or headband. For those seeking less light and more privacy, suggested uses included balaclava and face mask. It's doubtful the abundant security personnel had been briefed on these possibilities.

Technology and nature are often at odds, but Google makes a show of trying to reconcile the two. The company's outdoor presentation about upcoming technology was powered by biodiesel generators and green data centers. And topiary in the shape of the Android robot made the point as well.

[ What will catapult your career to the next level? Read 8 Non-Tech Skills IT Pros Need To Succeed. ]

If you're competing against the beauty of the natural world, it helps to have giant video screens and a bone-rattling sound system that demands attention. Against this backdrop, Google CEO Sundar Pichai opened the show by noting that Google is at a pivotal moment for the company, so it seemed appropriate to change the venue. Previously, Google I/O has taken place at Moscone Center in San Francisco.

Artificial intelligence has become the new black in Silicon Valley. Google and its peers hope mechanized cognition will keep them in the black as spending on computers, smartphones, and tablets slows and ad blocking proliferates. Recent rapid progress in natural language understanding, image recognition, and autonomous navigation have given technology companies hope they can create devices and services smart enough to interact with people outside of office environments and factory floors.

The first wave of AI agents -- Cortana, Google Now, and Siri -- emerged on smartphones. Then, in November 2014, Amazon, a pioneer in warehouse automation, introduced Echo, the physical embodiment of an AI agent named Alexa that can help automate tasks in consumer homes. Consumer Intelligence Research Partners estimated last month that 3 million Amazon Echo devices have been sold in the US.

Aware of the valuable data to be had from AI agents in homes, Google plans to enter the market later this year with Google Home. The device, a curious looking cylinder with a speaker grill that resembles a neckbeard, will allow users to interact with Google, to stream music, and to manage tasks.

Pichai acknowledged Amazon's pioneering work in the area. "Credit to the team at Amazon for creating a lot of excitement in this space," he said, having evidently opted not to anthropomorphize the Google assistant with a human name like Alexa or Siri. Google Home will be powered by "the Google assistant."

If the Google assistant becomes popular, Google will be not only a verb, i.e., "to google," but the entity people ask for help.

"Google Home will become more and more of a control center for your home," said Mario Queiroz, VP of product management at Google.

Google took initial steps in this direction when it launched its OnHub router last year. And its recent hire of Motorola Mobility president Rick Osterloh to oversee its hardware group suggests the company is once again keen to develop its own devices.

Google was here before, in 2011, when it bought Motorola Mobility for $12.5 billion. That was mainly a patent deal and negotiating tactic with Samsung, but it also hinted at greater hardware ambitions. Yet the devices that emerged in the wake of that deal were uneven and lacked a unifying vision. Chromecast proved to be a hit, but the Nexus Q stumbled. And Google's Nexus phones have been more like guidelines for Google's Android handset partners than serious market contenders.

Now, Google has a clearer vision about what it wants from hardware: To provide the brains. Read on to get a sense of what Google has in mind.