BlackBerry has confirmed its acquisition of UK-based security firm Encription Limited. The terms of the deal, which was completed Feb. 19 and announced Feb. 24, were not disclosed.

"As cybersecurity threats become more pervasive with increasing Internet connectivity, there is a greater demand for more robust defensive tactics to combat these risks," according to BlackBerry's statement. 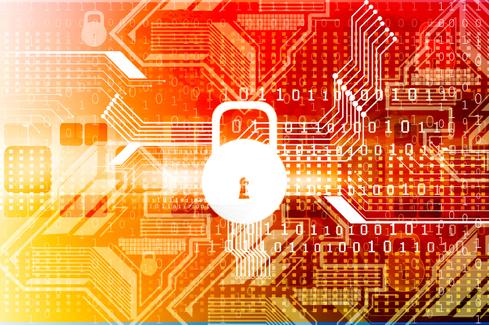 Encription focuses on several areas within the broader cyber-security field, ranging from software security to hardware expertise. One of its specialties is penetration testing, in which it imitates the methods of malicious hackers so businesses can have a better idea of the threats they bring and how to address them.

The company will bring additional security credentials to BlackBerry's portfolio, including the CESG CHECK IT and ISO/IEC 27001 certifications.

About 40 cyber-security professionals will join the company as part of the deal, Reuters reported. They'll bring with them experience in testing network vulnerability for large business and government organizations, which makes them valuable talent for Blackberry's newly formed security practice.

Expanding its portfolio into the security field could give BlackBerry the major boost it needs. The cyber-security consulting market is currently valued at an estimated $16.5 billion, the company noted, with the potential to grow to $23 billion by 2019.

[Looking ahead: 8 ways Blackberry can be saved.]

Data breaches cost the economy $400 billion each year, according BlackBerry.

If BlackBerry's new security practice can help mitigate that cost, it may well find itself undergoing positive turnaround as it caters to businesses in desperate need of strong security services.

Despite surpassing analysts' expectations in its last financial report of 2015, BlackBerry's mobile business continues to underwhelm. Its Priv smartphone, an Android-based device, drove sales, but isn't enough to keep business afloat on its own.

The company's transition to focus on services has led to job cuts at two separate BlackBerry facilities, including its Waterloo, Ontario, headquarters and a location in Florida. About 200 employees were affected, the company reported in a statement, and it is "actively recruiting" talent for areas of its business it believes will drive growth.

Encription is the latest in a series of acquisitions intended to strengthen BlackBerry's service offerings. It purchased software maker Good Technology in November 2015 to create a product suite for securing enterprise data. A few months earlier it bought AtHoc, a secure, networked communications provider.

Kelly Sheridan is the Staff Editor at Dark Reading, where she focuses on cybersecurity news and analysis. She is a business technology journalist who previously reported for InformationWeek, where she covered Microsoft, and Insurance & Technology, where she covered financial ... View Full Bio
We welcome your comments on this topic on our social media channels, or [contact us directly] with questions about the site.
Comment  |
Email This  |
Print  |
RSS
More Insights
Webcasts
Key technology trends in 2021 - Making these technologies work for your business
Cybersecurity's Next Wave: What You Should Know
More Webcasts
White Papers
Why Add Security to Your Skill Set and How to Do It
Are We Cyber-Resilient? The Key Question Every Organization Must Answer
More White Papers
Reports
The State of Cloud Computing - Fall 2020
2020 State of Cybersecurity Operations and Incident Response
More Reports