Google looks to announce a new service at the Google I/O conference that will track activity data. Will it succeed where Google Health failed?

Google reportedly is preparing to re-enter the personal health market with the release of a health data aggregation service called Google Fit.

According to Forbes, Google will launch the service at the Google I/O developer conference, which runs June 25 and 26.

Back in 2008, Google introduced Google Health, a health data aggregation service for storing standards-based medical records on behalf of patients. But healthcare providers and patients saw little value in putting Google in the middle of their relationship. Google shut the service down in 2011, noting that it didn't scale as hoped.

Perhaps this time will be different because the health data in question comes not from healthcare providers but from wearable devices. Google Fit aims to be a storehouse for data from wearable activity tracking devices such as Fitbits, Jawbone UPs, and Nike FuelBands, and smartphone apps that gather or generate related data. Those three activity trackers, incidentally, accounted for 97% of the revenue in a digital fitness device market estimated to have reached $330 million last year, according to NPD.

[Health apps are proliferating. Let us help you choose the best: Read 9 Mobile Apps To Get You Fit.]

For technology companies, much of the enthusiasm behind the emerging market for wearable devices, and for the related non-wearable networked appliances that constitute the Internet of Things, comes from the prospect of a bountiful data harvest. Companies making these devices, or providing software for them, see revenue potential in helping customers store and manage the data exhaust spewed by their hardware. In some cases, they see this information as something that can be exploited for marketing purposes: "As someone with high blood pressure, perhaps you'd like to buy..." 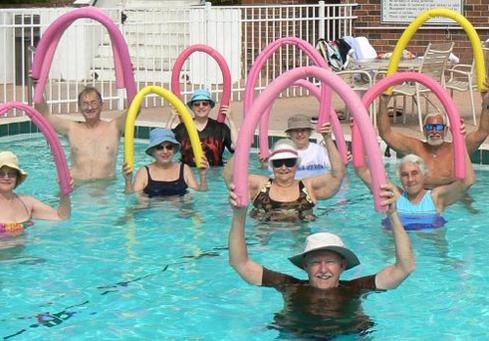 In March, Google introduced a version of Android for wearable devices, Android Wear, noting that it is working with device makers Asus, HTC, LG, Motorola, and Samsung on wearable products. It's a good bet that at least one of these hardware makers will debut a device that supports Google Fit at the Google I/O conference in two weeks.

Google's ongoing competition with Apple to dominate the mobile device market will continue as wearable devices proliferate. Apple announced at its Worldwide Developer Conference last week that it plans to ship a health app as part of iOS 8 later this year to store health and fitness data. It also introduced a service called HealthKit to allow iOS developers to create apps that use health data for Apple and third-party devices. Apple also is expected to introduce its health-and-fitness oriented iWatch this fall.

Microsoft could become a player in the mobile health data and device market, too. Windows remains the dominant operating system among healthcare providers, so it has a foot in the door. And its health portal, HealthVault, has proven hardy enough to outlive Google Health. In February, it introduced its Bing Health & Fitness app for tracking activity data, and the company is reportedly planning to launch a smartwatch with health monitoring capabilities later this year.

Indeed, @Gigi3. Of course, we've seen cases where Google (Apple too) has pulled apps from its store -- often after there's been a user outcry. I am not sure how much (if at all) either Google or Apple scrutinizes ISVs' ToS, however.
Reply  |  Post Message  |  Messages List  |  Start a Board

I agree, @Gigi3. In most areas, an open platform wins. So far, it has not always been the case in smartphones and tablets -- although Android's marketshare is bigger than Apple's iOS, unsurprising given the number of vendors and products in the Android category vs. the Apple-only iOS approach. I can't foresee that most users would restrict themselves to an Apple-only healthcare approach if they think through the process and realize they could be locking themselves and their very personal health data onto one vendor's product plans. That said, I am not sure how much thought most users put into their app usage. By focusing on consumers, Apple could well overcome the negative connotations of a closed platform.
Reply  |  Post Message  |  Messages List  |  Start a Board

Anecdotally, I don't think many people care what companies like Google or Apple or healthcare organizations are doing with their data. Personally, I disagree and am leary of these very ambiguous ToS that leave users' data open to all sorts of usage or interpretation. As i wrote in "When is Anonymous Data Really Anonymous?" I want standards and clear-cut definitions of what deidentified data is (and isn't) and how patients can opt-out (or ideally, opt-in) for usage. But i'm not holding my breath.
Reply  |  Post Message  |  Messages List  |  Start a Board

Oh sorry, @Gigi3. I totally agree with you! Google is (or perhaps already has) amassed so much data on individuals we'd probably be astounded at the accuracy of the picture they have on us. Between the platforms and applications they own -- Android, Gmail, Google, Google+, etc. -- and the company's search capabilities (Google, Maps, Drive, News...), Google tracks who we know, where we go, what we like to do, how we like to spend our free time and money, and what we're interested in, among many things. Our health is probably the only missing element (although Google probably already has a lot of this information from info we post ourselves, search for, have contacts for, etc.).
Reply  |  Post Message  |  Messages List  |  Start a Board

Yes, Google is dependent on third parties for its hardware, unlike Microsoft and Apple. But don't you think it's unlikely leading phone or tablet vendors would abandon Android/Google, given the platform's success? Apple doesn't seem likely to alter its proprietary approach to the market. Microsoft could. It is, after all, under new leadership and its cloud-focused vision seems more empathetic with the open source approach.
Reply  |  Post Message  |  Messages List  |  Start a Board

I don't think a wearable data breach is what we need to worry about in the healthcare space. I'm far more concerned about a breach occuring at a large insurer, a government agency (like the VA or Medicare), or one of these huge health systems than a Fitbit-like company. After all, Fitbit doesn't have your social, insurance info, or other data that's valued at about $50-$60, the value of your medical record. As I wrote last month, healthcare is far less secure than retail! That is not a good sign.
Reply  |  Post Message  |  Messages List  |  Start a Board

I agree -- and with Glass, Google already has a differentiator from Apple and Samsung, which is no doubt what it planned all along.
Reply  |  Post Message  |  Messages List  |  Start a Board
InformationWeek Is Getting an Upgrade!