As digital transactions reshape the payment industry, Visa wants to make sure developers use its technology.

The death of the credit card, long foretold, won't happen because the credit card is more than a transient thing. It's an object, an idea, and a price.

The idea, a trusted way to compete a commercial transaction over distance, remains as vital as ever.

But the two other aspects of credit cards are being reconsidered, and in time, will change. The credit card isn't dying, but it is transforming.

The object, a piece of plastic with a magnetic strip and perhaps a chip, isn't really necessary anymore. It's still useful because it's supported by so much legacy infrastructure and by habit. But it can now take other forms, like an NFC-equipped mobile phone or even a unique code generated from biometric data or cryptographic software.

The price is under pressure as new players and technologies try to make transactions more affordable -- by reducing fees to buyers, sellers, and intermediaries -- and easier to complete.

To avoid being cut out of the payment loop ("disintermediated" in the parlance of Silicon Valley) on Thursday, Feb. 4, Visa launched Visa Developer, a platform that provides software developers with APIs they can use to implement digital payments in their apps. It's not as if Visa is in any immediate danger -- the company processes more than 100 billion transactions annually -- but the investments pouring into digital payment companies and the growing volume of mobile transactions demand a response.

In a blog post, Nitin Chandel, senior vice president of developer platform at Visa, says that the company's platform consists of a Web portal that provides information, infrastructure for testing and analytics, and a set of RESTful APIs for integrating payments into apps. 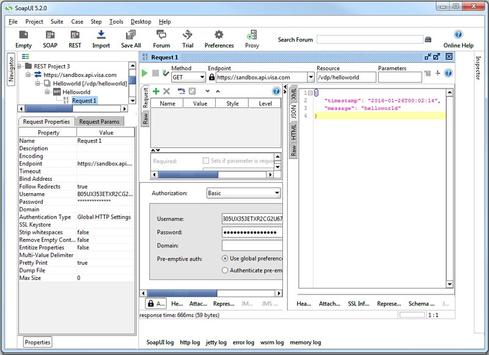 Ovum senior analyst Gilles Ubaghs, in an emailed statement, said that the arrival of the Visa Developer platform marks a shift in the global payments network and the digital payments space. The capabilities Visa is offering will help the company be seen as a technology company, in addition to a network provider, he said.

Visa's decision to offer a developer platform follows MasterCard's similar move in 2010. It reflects the growing power of developers in selecting the infrastructure through which transactions flow.

"The explosion in growth for payment providers such as Stripe and Braintree has provided a broader shift in thinking in the payments space, with a focus on developer friendly tools, that are flexible and easy to deploy," said Ubaghs. "Whereas traditionally, the choice of payment provider was largely an accounting and finance issue, developers have now come to the fore as key decision makers in payments."

[Read about Apple and Samsung bringing mobile payments to China.]

Visa has invested in Stripe, but Stripe appears to be aiming at a different strata of developers. Where Stripe appeals to individuals and startups for its ease of implementation, Visa's platform demands a bit more work. It requires a merchant account and a payment processor, making it better suited for developers employed by retailers with significant transaction volume or by contract development firms that develop apps for businesses.

Visa's work isn't done. The company is promising more example code, more tools and APIs, and a community forum in the months ahead. But it's a start.

Thomas Claburn has been writing about business and technology since 1996, for publications such as New Architect, PC Computing, InformationWeek, Salon, Wired, and Ziff Davis Smart Business. Before that, he worked in film and television, having earned a not particularly useful ... View Full Bio
We welcome your comments on this topic on our social media channels, or [contact us directly] with questions about the site.
Comment  |
Email This  |
Print  |
RSS
More Insights
Webcasts
Unifying Your Endpoint Security Strategy
Using Cyber Underground & Blockchain Intel to Stop Cyber Attacks
More Webcasts
White Papers
Proven Success Factors for Endpoint Security
The 2021 Small and Midsize Business Security Outcomes Study
More White Papers
Reports
Privileged Access Management Checklist
The State of Malware Threats
More Reports