A corporate reorganization completes the transformation Larry Page began when he took over in 2011. Moving Google under Alphabet will shelter the company's brands from one another.

Google's metamorphosis into Alphabet puts a period on a business that had become a run-on sentence.

Since building a better search engine in 1998 (and subsequently buying the advertising technology to exploit it), Google co-founders Larry Page and Sergey Brin have diverted ad revenue into adventurous, but not particularly remunerative, ventures.

None of Google's other businesses have proven as commercially rewarding as search advertising. A handful – the Google X portfolio – represent long-term bets. Android, for all its popularity, is as much a scorched-earth operation as a foundation for future earnings. YouTube, despite a billion monthly viewers, remains unprofitable. A few have failed spectacularly – Google Buzz, Google Glass, Google Health, Knol, Google Video, and Google Wave.

But failure in Silicon Valley is just a milestone on the way to success, a conceit most easily sustained by burning through someone else's money. Investors, however, don't find such bonfires heartwarming.

Alphabet rewrites the script. Moving Google under Alphabet will shelter the company's brands from one another. Privacy tempests will become more diffuse, scattered across different entities. It will no longer be assumed that self-driving cars will come with Google ads. Moonshots that explode upon launch, or burn up in reentry, will no longer leave a googly trail across the sky.

Alphabet, because it isn't Google, will be free to ignore Google's motto, "Don't be evil," if the need arises. It will be able to consider a range of defense and surveillance technology investments that might have looked awkward in a Google frame. 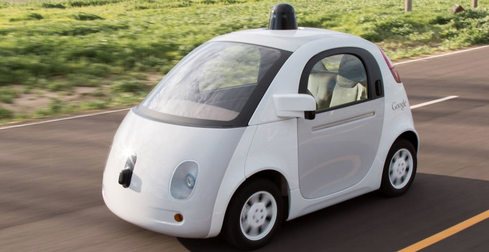 It will also mollify investors. In his letter explaining the change, Page notes that Alphabet "means alpha-bet (Alpha is investment return above benchmark), which we strive for!" And elsewhere he talks about greater accountability. Page is promising that the companies now in Alphabet's orbit will be run with an eye toward profit. While that's likely to mean greater transparency for Google and the businesses it has spawned, it also provides a structure for selective opacity.

Alphabet has been likened to Berkshire Hathaway, Warren Buffett's holding company. The difference is that Buffett's investments have tended to make money. Perhaps Page and Brin will match Buffett's financial acumen over time. But Google's co-founders have loftier aspirations. The stated ambition of Calico, a biotech company created by Google and Arthur D. Levinson in 2013, is to research ways to improve human health and longevity. Immortality is the ultimate longshot.

Alphabet spells out changes that began in 2011, when Page's second term as CEO marked an effort to put "more wood behind fewer arrows." He recognized then that the company's previous approach to innovation, exemplified by Google Labs, wasn't sustainable. Back then, he said, "All of us at Google want to create services that people across the world use twice a day -- just like a toothbrush!"

@jastroff I know, certainly, even one billion is nothing to sneer at IMHO
Reply  |  Post Message  |  Messages List  |  Start a Board

That's quite a lot of spare change, though it pales besides Apple's cash reserves of $178 billion.
Reply  |  Post Message  |  Messages List  |  Start a Board
InformationWeek Is Getting an Upgrade!