Americans 'Obsessed' With Their Devices - InformationWeek

Deloitte study says US consumers spend more time than ever with their smartphones and other mobile devices -- and that's expected to increase with the onset of connected homes and cars.

Do you check your smartphone first thing in the morning? Chances are you do, according to a new study from Deloitte, which says 90% of Americans grab their phones within an hour of waking up. Nearly three-quarters of Americans check for messages and email within 30 minutes of waking up, and 23% look at their phones 50 or more times per day. In short, consumers across the US are becoming increasingly obsessed with their devices, and Deloitte predicts this obsession will only get worse.

The results from Deloitte's Global Mobile Consumer Survey, released on Wednesday, are eye-opening. The company checked in with 38,000 people across 22 countries, including 2,000 in the US. The survey sheds light on how people use the devices they already own and what they think about technology that's still on the horizon.

For example, 55% of US respondents are interested in connected-home solutions, despite the fact that the Internet of Things is still getting off the ground. Apple and Google are helping drive this with new consumer-facing services such as HomeKit. Connected cars? Americans want those, too. Again, Apple and Google are helping generate interest in this category with in-car solutions such as CarPlay and Android Auto.

As for mobile payments, consumers are aware of them but didn't put them to significant use, according to Deloitte. For example, only 31% of people with properly equipped devices used their phone to make a mobile payment during the last month. Deloitte didn't say whether these respondents used Apple's new Apple Pay service or competing services from Google or Softcard. The survey suggests adoption will shoot up once mobile payments are more widely accepted at retailers. 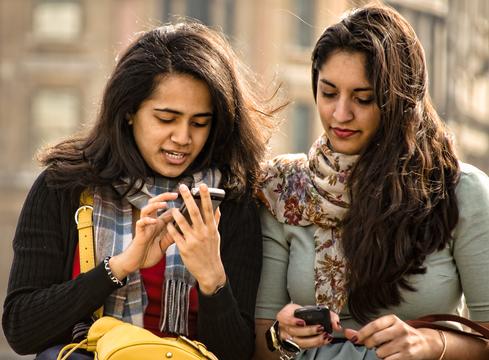 More people than ever are using their devices to watch HD movies or listen to music, says Deloitte. Many respondents consume more than 1 GB per month of mobile data from their network operators, most of which is used to watch video. For example, 19% of respondents said they streamed more video in 2014 than they did in 2013, and 30% said they increased their use of streaming music services. In any given week, 16% of consumers stream mobile video (think YouTube), and 43% stream music (think Pandora or Spotify). Younger users are most likely to stream content.

Finally, Deloitte found consumers are savvier than ever when it comes to the cost of their devices and mobile services. This year, consumers rated monthly service costs as the top reason for choosing a mobile network operator. Last year, consumers said quality of the network was the most important factor. Most consumers said they purchase devices only when needed rather than when the hardware is fresh on the market.

"While it's common knowledge that consumers are addicted to their mobile devices, it turns out that consumers are truly more inseparable from their devices than previously thought," said Craig Wigginton, vice chairman and US telecommunications sector leader at Deloitte & Touche. "Consumer obsession with devices is phenomenally high, and the sheer amount of times per day that consumers access their devices for various activities -- be it email, text messages, or social networks -- is staggering."

As networks, devices, and services evolve, so too will the opportunities for the purveyors of these services. Deloitte fully expects LTE 4G networks to further drive adoption of streaming media, for example. Similarly, big moves from the likes of Apple, Google, and others will spur interest in mobile payments, the connected home, and the connected car. With more devices in our lives connected to the Internet, our obsession with them will only increase.