Microsoft has packed its wearable Band with advanced sensors, cloud-powered health insights, and an affordable price. Is Microsoft ahead of the curve in this new mobile market?

Is Microsoft finally ahead of the curve in the mobile market? Its smartphone struggles have become the stuff of cautionary tales, but with its Microsoft Band, the company might finally have a mainstream winner.

Yes, Microsoft's wrist-worn, fitness-oriented device looks like some of the models already on the market, such as Samsung's Gear Fit. But many current wearables have been criticized as glorified step-trackers or wrist-worn smartphones. Band, in contrast, promises a different type and depth of functionality.

The device relies not only on a bevy of sensors, but also on machine learning technology cultivated in Microsoft's cloud. Microsoft says this combination will help Band recognize not simply when your heart rate goes up or down, as many wearables already do, but also why the change occurred, what it means, and how the information might be useful.

With its Surface tablets, Microsoft fumbled for nearly two years before finally establishing modest momentum with the Surface Pro 3. With Band, does the company finally have a mobile device that can succeed out of the gate? Here are nine things to consider about Microsoft's new wearable. 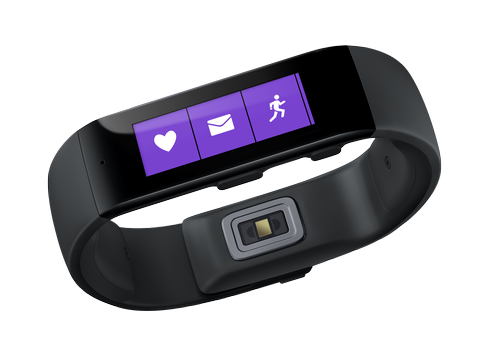 1. Band is competitively priced and available right away.
Though Microsoft claims Band offers the most advanced array of sensors in any wearable, the device is surprisingly budget-friendly at $199. Some Android Wear options are a bit cheaper, but none of these models has yet set the market on fire, at any price. Among upcoming high-end wearables, Fitbit's Surge will run $250 while Apple Watch will start at $349, with some versions likely to cost much, much more.

In addition to being lighter on the wallet than competitors, Band is also available (albeit in limited quantities) right away. Neither Surge nor Apple Watch will hit the market until 2015, meaning Microsoft will have the entire holiday season to tempt shoppers who otherwise might have waited to take the wearables plunge.

2. Microsoft says Band's sensors are extremely accurate.
As rumored, Band includes a variety of sophisticated sensors, including an optical heart rate sensor, accelerometer, skin temperature sensor, and UV sensor, among others. But sensors are only useful if they collect accurate information. Microsoft claims Band is up to the task. In fact, the company is so confident, it's offering to license Band's 10-sensor modules to third parties so they can build their own devices. Time will tell if Microsoft's sensors are as good as advertised. Apple has made broadly similar claims about the sensor accuracy in its upcoming smartwatch. 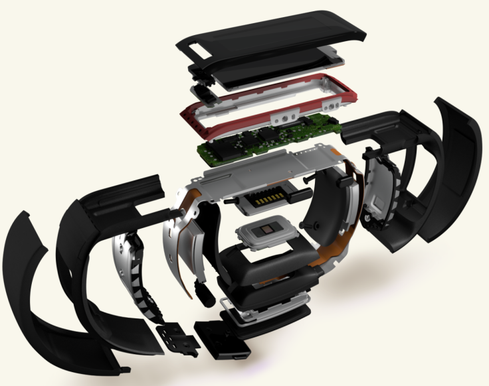 3. With Microsoft Health, Band will know how hard you work and what's stressing you out.
Microsoft Health might be the most interesting and ambitious aspect of Band. Accessible via a number of cross-platform apps, Microsoft Health crunches data that Band collects and turns it into practicable insights. Apple's Health app and Google's Fit promise similar functions as a one-stop repository for health data, but Microsoft promises a level of useful analysis that others have only hinted at.

Theoretically, the more information users share with Microsoft Health, the smarter its insights and recommendations will become. At launch, if a user wears Band

The problem I have with wearables of this sort, whether from Microsoft, Apple, or Google, is that they're niche products with mass market pretensions. Smartphones make sense -- there's a benefit to having a small Internet-connected computer in your pocket. Watches that convey notifcations, are tied to smartphones, or independently offer communication and biometric data services make sense only to a subset of the smartphone audience, and probably not a very large subset.

Wearables like this show the tech industry acting like Hollywood -- we had a hit with the smartphone, now let's make it again as a wrist-mounted device.
Reply  |  Post Message  |  Messages List  |  Start a Board

@rradina, I believe your skepticism is justified. I think those sorts of corporate wellness programs will start to become more common, but I also have reservations about them. In terms of policy precedents, I'm not sure it's a great idea to give corporations more control over employees' private lives, since I already consider the employer-employee dynamic to be pretty one-sided in favor of the former. I also think some of these wellness programs, while potentially useful and arguably well-intentioned, somewhat sidestep political and economic issues related to rising health care costs. These concerns aside, I think wearable technology has the potential to positively affect user health. Privacy concerns and skepticism are necessary-- but I'm holding out at least some optimism.
Reply  |  Post Message  |  Messages List  |  Start a Board

"Microsoft still finds a way to set the barn on fire with all the horses inside." It's true, isn't it! However, I think competitors count MS out of any market at their peril. It certainly has the money to stay the course and undercut competing offerings in most areas, should it choose to. To wit, some recent poll data, below. Maybe it's fine with third, biding its time until a market leader stumbles.

Why does it have to choose between business and consumer? In fact, I'd argue those lines are blurring fast. I think it's a smart strategy to encourage that overlap. Maybe companies purchase these bands as an employee-wellness program. The two are not mutually exclusive.
Reply  |  Post Message  |  Messages List  |  Start a Board

Speaking to your question about business uses, this kind of tech could play a role in corporate wellness programs-- e.g. in which employees are incentivized to exercise via lower health care costs or other benefits.
Reply  |  Post Message  |  Messages List  |  Start a Board

Indeed, Lorna, the licensing piece is quite interesting. I assume Microsoft wants Windows for Wearables to run on third-party devices, just like Google wants OEMs to build Android Wear devices. If Microsoft uses its own first-party devices as a kind of reference design for other manufacturers, it could help the wearables-oriented version of Windows 10 to pick up steam. Microsoft hasn't said much about the OS on the device (SDKS, etc), but I expect we'll hear more soon. Also suggests that after making some OEMs uneasy with its Surface tablets, Microsoft is sensitive to competiting with its own partners.
Reply  |  Post Message  |  Messages List  |  Start a Board

To me, sensor accuracy speaks to the potential for these devices to be medical tools rather than fitness tools. I'm sure Apple, Microsoft et al are hesitant to go through all the steps involed with having their devices regulated, and perhaps are more interested in leaving that to third-party accessories that interface with their devices and services. But accuracy will be important for many true medical applications. For fitness, it's more important to get a reliable baseline that can be used to track improvement. Accuracy (as long as it's pretty close) isn't as important here; consistent results that can show progress are what most users will want.
Reply  |  Post Message  |  Messages List  |  Start a Board

Likely MS sees putting out an excellent wearable at a low price as a way to build interest in its mobile platform. I found the concept of licensing its sensors interesting, too. You won't see Apple doing that.
Reply  |  Post Message  |  Messages List  |  Start a Board

Good points, Shane-- sort of what I was getting at with Item 9, and the point about ecosystem evolution. Microsoft seems to be focused mostly on a Health platform that's part of an emerging "analytics-as-a-service" branch of Azure. Apple, in contrast, seems focused on an app ecosystem that includes a health platform as one of its elements. There are overlaps in these approaches, but there are also important distinctions in philosophy.

That said, I'm not sure if the Apple Watch will feel bloated. No one outside Cupertino has really spent much time using the apps, so we can't fully judge yet if Apple is loading up our wrists with useless functions, or if they've actually created a viable new UI models, just as they did with iOS. Even so, I like Microsoft's focus and aggressive price. I'm certainly tempted to give Band a try.
Reply  |  Post Message  |  Messages List  |  Start a Board


No subtext intended in the diction, though the English major in me appreciates your attention to language.


As for references to Apple, I'd offer two points:

-- The vast majority of this article describes ways in which Microsoft Band compares favorably to Apple Watch, which doesn't really suggest systemic pro-Apple bias, at least to my mind.

-- Apple Watch is undeniably the smartwatch reference point for a majority of readers. It's the device that's generated the most buzz, that's most highly anticipated, and with which readers are most likely to be familiar. As such, any discussion of Microsoft Band almost has to include references to Apple Watch-- otherwise, the discussion would lack appropriate context.
Reply  |  Post Message  |  Messages List  |  Start a Board
Page 1 / 2   >   >>
InformationWeek Is Getting an Upgrade!