The smartphone market has been declining recently, and it looks like the trend is poised to continue. Gartner reports sales will slow down to single-digit growth in 2016.

Global smartphone sales are predicted to grow 7% this year to reach 1.5 billion devices. This marks a 7.4% drop from 2015, when market growth reached 14.4%. Gartner is anticipating 1.9 billion smartphone sales in 2020.

Smartphone sales hit their highest levels in 2010, when the market reached 73% growth. Experts don't think future growth will achieve the levels it has reached over the last seven years.

Why the slowdown? Most people in mature markets already have smartphones, causing a lag in future growth. The smartphone market has hit 90% penetration in North America, Western Europe, Japan, and mature areas of the Asia/Pacific region.

What's more, current smartphone users in these areas are not replacing or upgrading their devices as often as they have over the last few years. This trend is not expected to change.

"In the mature markets, premium phone users are extending life cycles to 2.5 years, which is not going to change drastically over the next five years," Roberta Cozza, research director at Gartner, wrote in a June 6 statement.

Communication service providers (CSPs) and smartphone vendors have begun to vary their upgrade cycles, turning away from the old model of providing a "free" upgrade every two years. Some CSPs have begun to offer device financing programs, and vendors like Apple let users upgrade to new devices every year.

While these programs could theoretically drive smartphone upgrades, Cozza noted they are not for everyone. In fact, most people are happy keeping their phones for longer periods of time, especially as the tech updates in new devices have become increasingly minor.

IDC also acknowledges how a shift in customer behavior is affecting sales.

"Consumers everywhere are getting savvy about how and where they buy their smartphones, and this is opening up new doors for OEMs and causing some traditional channels to lose some control of the hardware flow," said Ryan Reith, program vice president with IDC's Worldwide Quarterly Mobile Phone Tracker.

While single-digit growth is expected for the smartphone market overall, phablets (devices with 5.5-inch and larger screens) are anticipated to have double-digit growth through 2019. More vendors are pushing phablets as flagship devices, integrating powerful multimedia features. 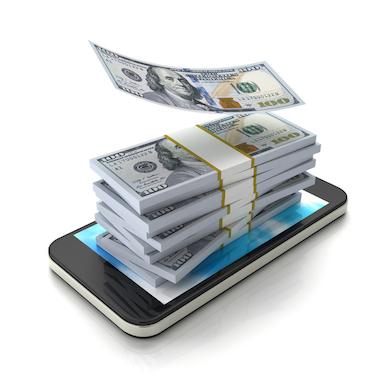 Given the penetration of mature markets, many vendors are turning to China, and also to India, the country they consider having the greatest growth potential. Feature phone sales hit 167 million units in 2015 and made up 61% of phone sales in India.

The fact presents an opportunity for vendors to appeal to customers looking for their first smartphone. While smartphone are pricey for many Indian customers, prices for low-end models are falling. Gartner expects 139 million smartphones will be sold in India this year.

In China, smartphone sales hit 16% growth in 2014 and fell flat last year. The Chinese market is saturated and highly competitive, and Gartner expects little growth in the market for the next five years. In 2015, smartphone sales in China accounted for 95% of total phone sales.

Kelly Sheridan is the Staff Editor at Dark Reading, where she focuses on cybersecurity news and analysis. She is a business technology journalist who previously reported for InformationWeek, where she covered Microsoft, and Insurance & Technology, where she covered financial ... View Full Bio
We welcome your comments on this topic on our social media channels, or [contact us directly] with questions about the site.
Comment  |
Email This  |
Print  |
RSS
More Insights
Webcasts
Monitoring Critical Cloud Workloads
4 Practical Tips for Building a Data Lake
More Webcasts
White Papers
Palo Alto Networks Zero Trust Maturity Model
How DevOps Delivers on User Experience with Observability
More White Papers
Reports
Protection Strategies for a Cyber-Resilient Organization
[Tech Insights] SASE's Pandemic Boost Likely to Stick
More Reports