From a spacecraft that captures asteroids to a telescope that reveals details of the universe, NASA's upcoming missions will break ground in space science and technology.
Elena Malykhina
Technology Journalist
June 28, 2013 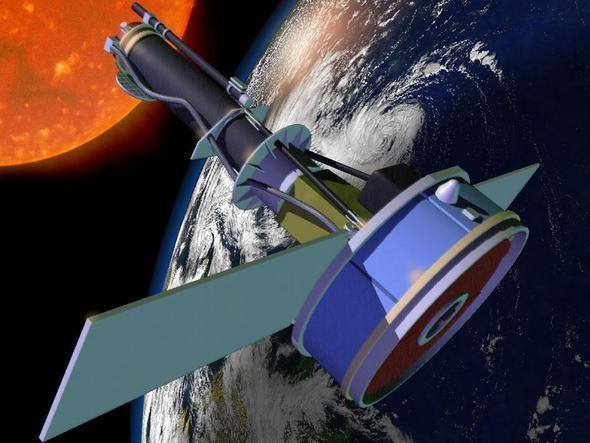 NASA's Interface Region Imaging Spectrograph lifted off from the Vandenberg Air Force Base on June 27, successfully riding into low Earth orbit aboard a Pegasus XL rocket. IRIS will study the sun's lower atmosphere, and it's one of several major missions in the works at the space agency.

IRIS will help scientists better understand not only the flow of the sun's energy, but also how radiation and solar particles affect satellites, space weather and our own planet. The 400-pound, 7-foot-long satellite consists of an ultraviolet telescope combined with an imaging spectrograph. As part of its two-year mission, IRIS will orbit the Earth, capturing high-resolution images and data known as spectra.

IRIS is among NASA's near-term missions, which also include launching astronauts from U.S. soil and sending a telescope to space to observe the universe. Looking ahead a decade or so, by 2025 NASA wants to send humans to an asteroid for the first time and by the 2030s make a crewed journey to Mars. In fact, Mars is one NASA's biggest areas of interest. The space agency has already sent one rover, Curiosity, to the Red Planet to collect soil and rock samples. Building on that mission, NASA will send its next rover to Mars in 2020.

Additionally, NASA has partnered with other space agencies on international missions. A partnership with the European Space Agency involves a 2020 mission, Euclid, to investigate dark matter and dark energy. The space telescope will spend six years mapping the locations and measuring the shapes of approximately two billion galaxies. Also, NASA recently joined the Italian Space Agency and the Japanese Aerospace Exploration Agency on a Mars-exploration mission, due to launch in August 2015. BepiColombo, as it's called, consists of the Mercury Planetary Orbiter to map the planet and the Mercury Magnetospheric Orbiter to investigate its magnetosphere.

So far, NASA is on track with most of its plans. President Obama has proposed a federal budget of $17.7 billion for the space agency in fiscal year 2014. The money will fully fund the Space Launch System heavy-lift rocket and the Orion Multi-Purpose Crew Vehicle needed to carry astronauts to deep space. Part of the budget will go toward the asteroid mission and the Commercial Crew Program. "The president's budget is also driving the development of space technologies such as solar electric propulsion that will power tomorrow's missions and help improve life on Earth," NASA administrator Charles Bolden said during a speech at a June 17 U.N. committee meeting in Vienna.

The next big launch is scheduled for September when a lunar observatory will make its way toward the moon. InformationWeek Government has been closely following NASA's progress. Explore our slideshow to learn more about five future NASA missions.