In a move to bolster its Internet of Things (IoT) push, Softbank announced plans to buy mobile chip designer ARM holdings for $32 billion.

SoftBank says it believes the Internet of Things is the future and wants to be certain it has a seat at the table. The company has agreed to purchase ARM Holdings to ensure its position in the still-nascent industry ahead of the real growth curve.

SoftBank has made aggressive acquisitions and investments in and outside its home market of Japan over the last few years. None, perhaps, was as big as its majority acquisition of US network operator Sprint, into which it sunk $20 billion.

The company has also wrapped its claws around eAccess, Willcom, OlaCabs, Snapdeal, and DramaFever. The company's proposed acquisition of ARM Holdings will be its most valuable at $32 billion.

ARM is the UK-based company behind the majority of today's mobile processors. It designs and licenses an array of Cortex-branded processor cores.

By itself, ARM's Cortex processor licensing business is enormous. With this acquisition, however, SoftBank is looking further down the road. The Internet of Things has much grander scale than smartphones and tablets and has the potential to generate billions in revenue. 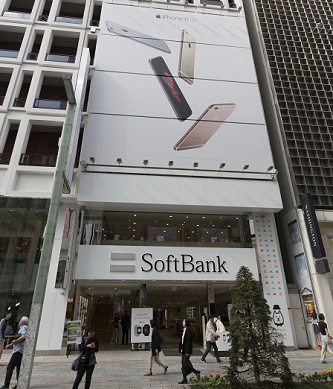 SoftBank said it plans to support and accelerate ARM's research and development, expand its IP-licensing model to new markets, focus on long-term value per device, and invest heavily on ARM's presence in the UK.

"SoftBank intends to invest in ARM, support its management team, accelerate its strategy and allow it to fully realise its potential," said SoftBank CEO Masayoshi Son in a prepared statement.

"ARM will be an excellent strategic fit within the SoftBank group as we invest to capture the very significant opportunities provided by the Internet of Things. This is one of the most important acquisitions we have ever made, and I expect ARM to be a key pillar of SoftBank’s growth strategy going forward."

ARM will remain headquartered in Cambridge, UK, and will become a wholly-owned subsidiary of Softbank once the deal goes through. SoftBank's board of directors have approved the deal, but it still needs the green light from ARM's board and investors, and the UK's regulatory bodies.

Some lauded the deal, especially when viewed from ARM's perspective.

"This move by ARM is recognition of the limits of [its current business model] and the need to invest to expand beyond PC and mobile into the multitude of consumer home, building, car and other platforms emerging in the IoT," said Mark Skilton, a professor of practice at Warwick Business School, via email.

"Investment in the IoT requires both software and hardware development skills to embed 'smart' into mobile devices, car, buildings, and everyday objects that that few companies have in both areas. Telecoms companies have had an interesting challenge to position the vital network 'glue' to connect all these devices and services, but seek a bigger part of the market share."

Not all of SoftBank's acquisitions have borne fruit. The company has invested tens of billions of dollars in Sprint, which has in turn continually weighed down SoftBank's financial performance.

Despite all the investment, Sprint dropped from the third-largest carrier in the US to the fourth-largest under SoftBank's ownership. So far, SoftBank's Son and Sprint CEO Marcelo Claure have not proven they can turn the beleaguered carrier around.

Given SoftBank's track record with Sprint, longtime ARM customers such as Apple, Samsung, and Qualcomm may find today's news disquieting.

Softbank and ARM say they expect the acquisition to close by Sept. 30.

Editor's Note: This story was updated to reflect the correct sale price of $32 billion.

Eric is a freelance writer for InformationWeek specializing in mobile technologies. View Full Bio
We welcome your comments on this topic on our social media channels, or [contact us directly] with questions about the site.
Comment  |
Email This  |
Print  |
RSS
More Insights
Webcasts
The Experts Guide to Ransomware Response
Multi-Cloud Data Management for Modern Applications
More Webcasts
White Papers
The Path to Successful Hyperautomation Starts With the Help Desk
Brand Protection During a Global Pandemic
More White Papers
Reports
The InformationWeek 2021 State of ITOps and SecOps Report
The Infoblox Q4 2020 Cyberthreat Intelligence Report
More Reports