SEARCH
A minimum of 3 characters are required to be typed in the search bar in order to perform a search.
Announcements
Event
Enterprise Connect 9/27-9/29 - Time is running out, secure your FREE Virtual Pass today!
PreviousNext
Patient Tools
Slideshow

9 Tech Innovations For Your Health

Wondering if you're having a cardiac event or suffering from a concussion? There's an app for that: Check out these promising health-related apps, gadgets, and ideas from the Digital Health Summit.
Neil Versel
Contributor
January 31, 2012 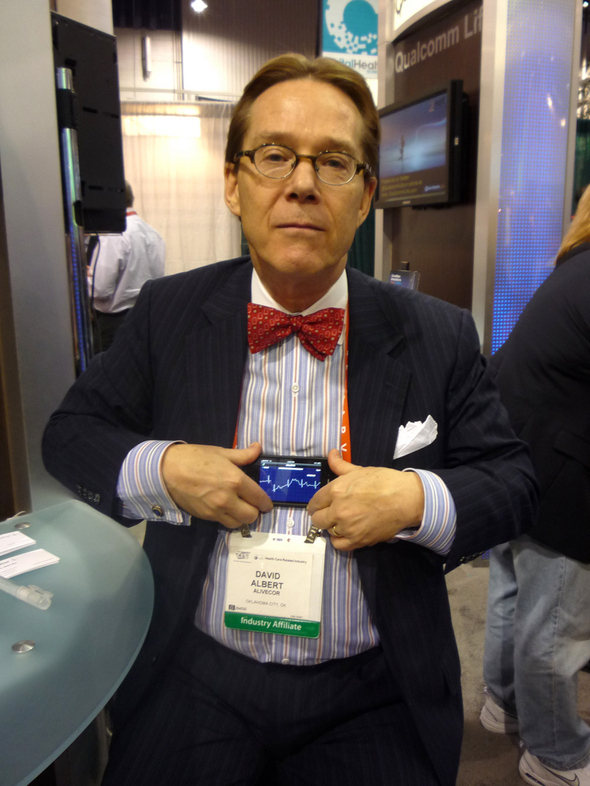 The iPhone ECG is exactly what it sounds like: an electrocardiogram module that attaches to the back of an iPhone, plus an accompanying app. (There's also a new, credit card-sized module called the iCard ECG that will work with Apple's iPad and other tablets, as well with laptops and Android smartphones.) Created by Oklahoma City cardiologist Dr. David Albert, the single-lead mobile ECG has created a lot of buzz. In November, Scientific American included the product on its list of "world-changing ideas." The company has backing from the Qualcomm Ventures' Life Fund, among other investors. Qualcomm, Burrill & Co., and the Oklahoma Life Sciences Fund together provided a $3 million first round of funding last summer.

Albert loves to demonstrate the product in action by showing his own, live cardiac waveform to visitors by pressing the two metal electrodes against his chest, even through a shirt. The iPhone ECG does not have Food and Drug Administration approval for sale in the U.S. or a CE Mark for the European market yet, but Albert expects to gain regulatory clearance in the next few months. Once that happens, AliveCor will sell the device for $99. At that price, sales could be brisk. Albert expects interest from post-discharge cardiac patients and those with chronic heart ailments, as well as from healthcare professionals, including nurses and emergency medical technicians.

The iPhone ECG actually represents Albert's second foray into wireless electrocardiography. Back in 1997, Data Critical, a company Albert founded, took public, and eventually sold to GE Healthcare, earned FDA 510(k) clearance for its RhythmStat XL software that wirelessly transmits ECG data from a heart monitor to a palmtop computer. Albert had been thinking about connecting a single-lead ECG to a mobile device since then, but found that the right technology did not exist in the 1990s. Apple's introduction of the iPhone in 2007 changed that.

Another company Albert owns, Lifetone Technology, produces a fire alarm and alarm clock that wakes people up three ways: with an audible alarm, a flashing light, and a physical vibration from a bed-shaking module. The company says the product is effective even with hearing-impaired individuals.