Field workers often create Excel spreadsheets to track data and run their processes. But what happens when there are dozens of these? Here's how Carlsberg Danmark centralized business process management, created an orderly system with consistent data, and saved hundreds of hours in backoffice time.

You've heard this story before. If you've spent any length of time in your IT career, you've probably lived this story. Managers and sales reps in the field need to keep track of inventory, sales, product specs. So they create their own Excel spreadsheet or small database to do the job. Tens, maybe hundreds of these systems are created, emailed around the organization, and updated. None of them work together. None of them use common data. There is no centralized system.

This is a nightmare scenario for data management pros and IT workers. Yet it is how so many organizations have created data systems -- through grass roots efforts when a need arose in the field.

Such systems, once created, quickly become production critical to those in the field, according to Kenneth Lindegaard, IT director at Carlsberg Danmark. He is one of the IT pros who has lived this story and he shared the details of his business transformation with InformationWeek in an interview. Lindegaard joined Carlsberg Danmark about four years ago from his role as an IBM business process management sales executive.

Carlsberg Danmark is the Danish market operation for the Carlsberg Group, probably best known to Americans for its beer. The organization distributes beers, sodas, waters, and similar items to restaurants and stores in Demark as the leading supplier of beer and soft drinks in that market. 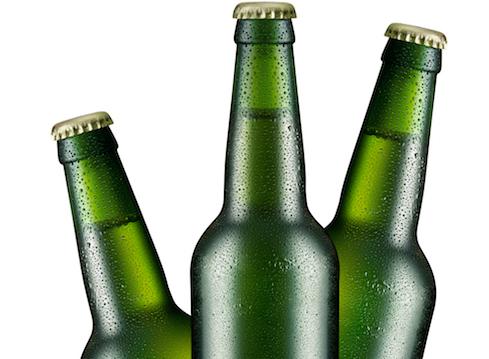 Sales reps for the organization had a need to go in to visit customers -- bar owners or retail store owners -- and work with them to distribute products and displays. And they had created many systems over the years to track the information they needed while they were in the field. But multiple systems meant that these sales reps were wasting time with administrative tasks during customer visits instead of helping customers with promotional efforts or other value-added tasks.

What's more, the systems themselves were running into issues. For instance, Carlsberg had some small Access-based databases used for storing campaign agreements and an old Sharepoint flow to deal with rebate payouts for customers. One Excel spreadsheet was integrated into a database and when you signed it, it generated a PDF file. Sales reps would have to go home, print out the file, and then drive it back to the customer to get it signed, Lindegaard said.

Another process for sales reps -- ordering coolers that were placed in bars or supermarkets -- required a worker in the back office to update and email to a list of 125 people in the field an Excel spreadsheet. This worker would update and send this spread sheet three times a day to provide current information about the stock and models available.

Carlsberg had done the work of "documenting processes across cross-functional areas, and built a Bible of process descriptions. But nobody's looking at it," Lindegaard said. "They weren't maintained. They were really just sitting there." Documenting the processes across functions did not solve the business process management issues at Carlsberg.

"How can we eliminate administrative time when the field person is in front of the customer and turn that into valuable time?" Lindegaard asked. How could Carlsberg stop relying on multiple versions of Excel spreadsheets to communicate information about inventory?

Carlsberg's larger transformation project also called for field reps to move from laptops to iPads, another aspect that would require a move off of Excel, because Excel sheets with macros don't run on iPads, Lindegaard said.

"Really, we had some burning processes that we needed to cater for in this gigantic transformation project," Lindegaard said. "That's where I proposed BPM as a platform in a meeting. We could model those business processes and start executing them with all the benefits that come from having a BPM platform. Our management was really keen on that and that's why BPM got into Carlsberg." That meeting was in late 2013 and the project implementation began in 2014.

The administrative load for field reps was high, so IT was able to make the case for rolling up about 25 of these field systems in Excel spreadsheets and other small databases into an IBM business process management (BPM) project that was being put in place in concert with a migration of the company's SAP system from a separate, Nordic, SAP system to a centralized system with the rest of Carlsberg on the Western European SAP platform.

Has it paid off? Lindegaard shared a bit of data about the cooler ordering process, which is one that had been carefully documented in terms of "before" and "after."

"For instance, the cooler process, we have reduced the amount of backoffice time from 283 hours to 26 and a half hours," Lindegaard said. "So a significant drop, which is basically a full-time FTE which was working over overtime to cope with this.

In addition, the error percentage had been at about 5% and now it is at close to 0.2%, Lindegaard said.

"That is really some of the gains just within that one process," he said.

These new systems streamlined the flow of business data, Lindegaard noted. For instance, pizzerias often change hands quickly, and ownership data needs to be updated in the Carlsberg systems. The new systems enable that data to be updated more quickly from the eCommerce area to the CRM solution to the customer communication systems automatically.

"There are 800 fields for a new product in the SAP system. All of that is mapped out on BPM so we can track and trace everything that is in process."

That lets Carlsberg create a dashboard on top of the processes for field representatives.

The BPM project itself has been created with a staff of two developers and a couple of interns over the last 3-plus years for Carlsberg Danmark, an organization of about 1,500 total employees, Lindegaard said. This team has implemented 30 processes.

The entire stack includes the core SAP system -- now centralized -- with ECC, CRM, planning, and financial components, plus an SAP ecosystem of products around retail execution, Lindegaard said. BPM currently touches SAP and a data governance tool that sits on top of SAP, according to Lindegaard.

So far the new system has yielded big improvements. Yet IT's work is never done. Lindegaard reports that the organization has 14 to 15 new projects in the pipeline for the BPM system, and monthly meetings with developers and the project team to decide on what's next.

"For me this is a story about how you can transform business processes built on Excel and email into something that truly runs on an enterprise," he said.

How CIO Roles Will Change: The Future of Work Jessica Davis, Senior Editor, Enterprise Apps,  7/1/2021
White Papers
How to Build Your Incident Response Plan
GRC Buyer's Guide - 5 Steps to Success
The 2021 Security Outcomes Study
The Tessian Human Layer Security Platform Architecture
Why DLP Has Failed and What the Future Looks Like