10 IT Jobs That Will Be Done by AI - InformationWeek

Artificial intelligence is already taking on some tasks that were previously performed by humans - but that doesn't necessarily mean you will soon be out of job. 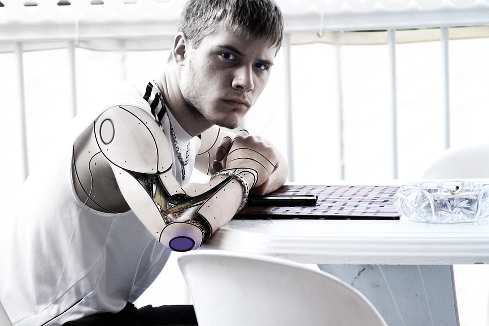 In conversations about the impact that artificial intelligence (AI) will have on human jobs, the extremes get a lot of attention. On the one hand, blaring headlines warn that a robot will take your job, while on the other, some scoffing experts say AI will never replace human workers.

However, a growing chorus of voices seems to be taking a position closer to the middle.  A 2017 PwC survey found that although 46% of people believe that AI will eliminate some jobs, a majority believe that AI will be good for the human race overall. Among those surveyed, 63% believed AI will help solve complex problems that plague modern societies, and 53% said it will help people lead more fulfilling lives.

While AI and robots likely will take over some tedious manual tasks, this may free workers up for other activities or help address critical talent shortages. In some fields, humans and machines may work together collaboratively to accomplish more than they could independently. In addition, the opportunities made possible by machine learning and related technologies could actually create new jobs.

According to researchers at McKinsey, "While automation will eliminate very few occupations entirely in the next decade, it will affect portions of almost all jobs to a greater or lesser degree, depending on the type of work they entail." The firm says that US workers, including those with very high salaries, spend about a third of their time collecting and processing data, a task that could be more handled more efficiently by machines.

Stephen Prentice, vice president and Gartner Fellow, says, "Ultimately, AI and humans will differentiate themselves from each other. AI is most successful in addressing problems that are reasonably well-defined and narrow in scope, whereas humans excel at defining problems that need to be solved and at solving complex problems. They bring a wide range of knowledge and skill to bear and can work through problems in various ways. They can collaborate with one another, and when situations change significantly, humans can adjust."

When it comes to IT jobs, artificial intelligence is already beginning to have an impact. Today, automation and machine learning tools can handle many tasks previously performed by humans. And Gartner predicts, "AI will eventually replace many routine functions of the IT organization, particularly on the operations side."

Many of the IT jobs likely to be affected by AI are in fields where current demand for talent is high. As machines become better at performing these tasks, it's possible that AI could replace human workers in some of these positions, leading to a poorer outlook for these jobs. However, it's also possible that artificial intelligence could simply make employees more efficient without displacing any human workers.

Which IT jobs will be performed — at least in part — by AI? Here are 10 likely candidates.