How can remote office workers -- and their employers -- deal with tech proliferation and the continued sense of isolation that can sap productivity?

Today, the technologies that foster communication and collaboration between remote workers and their colleagues at the home office are far better than ever. New video conferencing and discussion software are both easy to use and productive. Those tools plus text/SMS, direct messaging apps, and email, mean there is no excuse not to stay in touch. 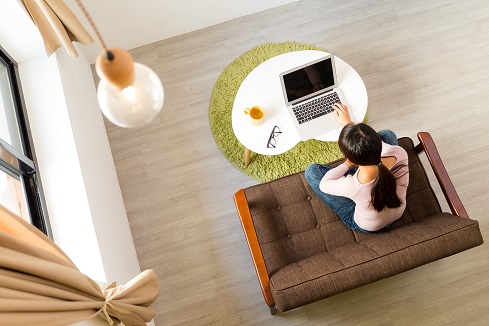 The downside is that channel proliferation means remote workers often get so many messages from so many people via so many conduits that tracking and managing that influx becomes impossible. (Hyper-organized Type A people may be exceptions to that rule but how many of us can claim that distinction?)

The result is that a remote worker may remember hearing from Joan Doe on topic X in the recent past but can’t recall if it was via email or Slack or SMS or Twitter or Facebook DM? Or (gasp!) an actual phone call. That sends her down the rabbit hole trying to figure it out.

This tendency towards confusion is an issue not only for individual workers but for their employers. It's becoming increasingly common for companies to offer workers the opportunity to work from home all or part of the time. That makes for a lot of online communication.

First, better video conferencing is a godsend for home workers because they can actually see their colleagues and pick up on non-verbal cues that would be otherwise invisible. That can do much to build better communications between distributed teams. For one thing, they’ll be able to recognize each other when they meet in real life.

Of course, that benefit is only achieved if everyone on the call uses the camera -- which is often not the case.

There are also technologies that can help impose order on some of that communications chaos. Products like Slack or Microsoft Teams can act as “workplace hubs” to connect many channels making message management more, um, manageable, according Dion Hinchcliffe, vice president and principal analyst for Constellation Research.

Companies can tie together multiple communications products used by employees for different purposes into those hubs either by pre-packaged integrations or do-it-yourself tools. The net result is that email, texts, calendar items, tweets that meet certain criteria, can be automatically routed to one or perhaps a few channels that are easier to monitor than software apps running across multiple devices.

These easy integrations are being used more often, making it easier for employees to work better across applications.

Converging multiple lines of communications into a few is a slick fix, but it doesn’t address other non-technical issues that loom for remote workers.

For one thing, no matter how great the video conference, a large chunk of remote workers still report FOMO, or fear of missing out on the casual interactions, the face-to-face meetings that their home office colleagues experience daily. Many, as reported in this Fast Company piece, feel that being out of the mainstream hampers their chances for promotions and pay increases.

Loneliness is a problem. Remote people miss the watercooler chitchat that makes an office a home away from home for many colleagues.

Personal example: When I worked out of the main Boston area office for one publication, a co-worker based at his home in the Mountain States was convinced that his HQ-based managers were plotting to fire him. This despite stellar yearly reviews and regular pay raises.

But paranoia is a common side effect of isolation. The amount of time it took for multiple managers and colleagues to talk him off the ledge every few weeks was considerable. I’ve seen this same scenario play out many times since.

What employers can do?

Given this pervasive separation anxiety, what can companies do to reassure far-flung employees that they are part of the team?

Some businesses, as noted in Fast Company, hold birthday, Halloween, or other celebrations via video conference which, ok, sounds sort of ridiculous. But managers should look for creative ways to use technology to recreate for remote workers the personal, high-touch interactions that office workers get to share in person.

There’s no doubt that putting structure around collaboration is key. Workgroups should hold regular meetings via video or web conference for work catchup and casual conversation. Budget permitting, they should also encourage regular travel so that colleagues can see each other a couple times a year, if not at HQ, then at regional or local offices.

“For those managing remote teams, it’s important to encourage a sense of togetherness and a unique work culture despite physical distance. Off-sites are a great idea for companies to bring together remote teams, reinforce the organization’s mission and co-create value for their employees,” says Emily He, SVP of Human Capital Management Cloud Business Group for Oracle.

Companies must also reinforce the message that “employee success is not based on where they work but what they deliver,” says Adam Holtby, senior analyst for Ovum Research.

Equally important, remote employees themselves must set up their own workspace so that it fosters productivity.

“You really need to be disciplined about when work begins and ends and tracking your deliverables,” Holtby added.

Some home-based workers exactly replicate past office layouts and are religious about containing their work to that area. Such discipline gives them a needed delineation between “office” and “home.”

Others are productive setting up on the living room couch. These people don’t mind taking phone calls while pacing the length and breadth of their homes. The key thing is to establish a work space that suits an individual’s style.

Given the competition to find and retain the best talent in a tight labor market employers should set up structures and guidelines for remote workers, experts agree.

Although many companies take an ad-hoc approach for remote workers, Oracle’s He thinks it important for them to plan related policies and communicate them clearly. That ensures that both the remote teams and the departments supporting them -- including IT -- are working from the same playbook.

It appears many have not yet done so. According to research released early this year by office supply giant Staples, 64% of the 1,001 office workers surveyed said they work remotely at least part of the time but just 34% of their employers had formal policies to support them.

Tellingly, 67% of those respondents said they would quit if their working arrangements became less flexible.

Yes, too much communication can become chaotic and counterproductive, but that problem may be the lesser of two evils.

Barbara Darrow, who has reported on business technology for more than 20 years, is now a senior director of communications for Oracle Corp.

The InformationWeek community brings together IT practitioners and industry experts with IT advice, education, and opinions. We strive to highlight technology executives and subject matter experts and use their knowledge and experiences to help our audience of IT ... View Full Bio
We welcome your comments on this topic on our social media channels, or [contact us directly] with questions about the site.
Comment  |
Email This  |
Print  |
RSS
More Insights
Webcasts
Nip Ransomware in the FUD: Detecting Attacks Pre-Encryption
Don't Miss This Cybersecurity Virtual Event
More Webcasts
White Papers
The State of Endpoint Security
The Infoblox Q4 2020 Cyberthreat Intelligence Report
More White Papers
Reports
Enabling Enterprise Resiliency Through Cyberthreat Detection
Building an Effective Cybersecurity Incident Response Team
More Reports