IT compensation expert David Foote warns that outdated HR models threaten to destroy companies as they try to implement emerging IT concepts.

The warning stirs distant memories of the recessionary year 2008 and the Dotcom bust a few years earlier. So many companies, from startups to one-time Blue Chips, laid off thousands of workers or simply disappeared through bankruptcy or acquisition. Their IT teams, entrenched in dated technologies, went from unemployed to unemployable.

These weren't layoffs of 10 people but 10,000 at a time. Picture 10,000 people, sort of like a small town, with everyone out of work. Could something similar happen in the near future? David Foote says that is a real possibility, but that there is an opportunity for companies and IT professionals to change their paths.

Foote, founder of IT workforce and compensation research firm Foote Partners, issued an analysis of the company's Q4 2017 compensation data. On the positive side, the market value for more than 400 IT certifications rose for the first time in four quarters, growing by 0.3%, so that the average certification now represents a 7.6% premium on an IT pro's base salary. Also on the positive side -- for employees and the employers who have to recruit them -- Foote says the market volatility that we have seen for many IT skills is calming down a bit.

But Foote also cites an omen, a harbinger of tough times for the IT profession. "People are going to lose careers, and companies are going to lose their place in the market because of what's about to hit them. It's almost like a tidal wave. The last time I saw this was probably 15-20 years ago, and that devastated a lot of people's careers and made companies acquisition targets because they couldn't execute on what they had to do." 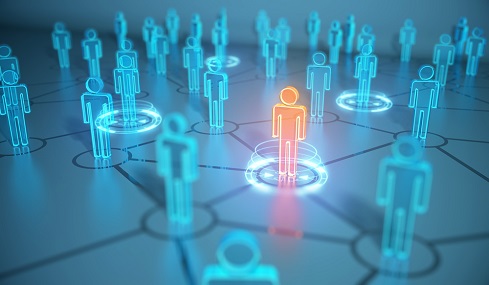 The emerging technologies and business concepts that we discuss every day are behind the disaster facing many companies if they don't change the way they do things. It's about blockchain, the Internet of Things, AI and machine learning, big data, DevOps, digital transformation, and more.

The real threat, though, hides in the human resources function, also known as "human capital management," "employee success," or whatever cutesy name they go by this month. In his analysis, Foote wrote, "The upshot is 2018 is shaping up to be a much-anticipated year when employers will finally take stock in how poorly prepared they are from a talent perspective for consuming these revolutionary, though nascent, technologies. And, trust me, they will all be enthusiastically embracing them within the next three years."

Foote said that the "hard truth" is that too many human resource operations have been unable to deal with the characteristics and demands of today's technology workforce. With the old HR model, employers won't be able to take advantage of the new tech concepts -- IoT, AI, automation, etc. -- as they all mesh together and hit the organization in a wave.

Picture something like IoT that, from a bird's eye view, seems kind of simple. You take a bunch of sensors on hundreds of thousands of machines, and as a group they tell you how the machines are performing. What will the team implementing that IoT project have to know as a group? It's a whole lot more than traditional networking and web technologies. The data management and analytics skills that once were relegated to some satellite IT operation in the old "business intelligence" days play an integral part in IoT. So do AI and machine learning, and, of course, cybersecurity skills to prevent those sensors and edge technologies from giving hackers an easy path into corporate secrets.

The standard organizational charts, job titles, and compensation strategies won't cut it in that environment. That IoT team, or the blockchain team, or a customer service automation team, must be multi-disciplinary and dynamic, with team members shifting among projects as needed.

Foote has an interesting take on how companies can deal with this HR challenge. The concepts he suggests will have a familiar ring to an IT pro.

One is a "People Architecture," which he said "is similar to traditional IT architecture initiatives but applied instead to workforce management and IT human capital.

Then there is "Agile Compensation." It's an answer to what Foote calls "the chaos created by the proliferation of technology-related job titles and lack of consistency in job definition and pay programs across the enterprise for the same work performed."

The people architecture would be aimed at standardizing job titles across the job marketplace. Foote says employee retention and recruitment already are trouble spots for many companies. "With so many dimensions and variability in tech jobs, employers are unable to cope with the complexity of defining, determining pay, and laying out career paths for all these jobs," Foote wrote in his report.

He argues that the combination of people architecture with agile compensation, in practice at some companies today, can reduce the number of tech job titles by 50% to 70%, adding clarity to staffing plans and compensation; improve retention rates; narrow skills gaps; improve staff performance; provide consistent availability and quality of skills and workers; and map out career paths for workers.

The bottom line is that your organization, or that of your competitors, is moving toward the various emerging technologies. If your HR model is outdated, you are less likely to benefit from those tech concepts, and you and the company could be left in the dust.

[IT team building, skills development and careers will be at center stage in the IT Leadership and Professional Development track during Interop ITX 2018 in Las Vegas, April 30-May 4.]

Jim Connolly is a versatile and experienced technology journalist who has reported on IT trends for more than two decades. As editorial director of InformationWeek and Network Computing, he oversees the day-to-day planning and editing on the site. Most recently he was editor ... View Full Bio
We welcome your comments on this topic on our social media channels, or [contact us directly] with questions about the site.
Comment  |
Email This  |
Print  |
RSS
More Insights
Webcasts
Strategies for Success with Digital Transformation
5 Steps to Solving Modern Scalability Problems
More Webcasts
White Papers
From MFA to Zero Trust
Transforming the Corporate WAN: Enterprise Network Insights
More White Papers
Reports
Special Report: Edge Computing: An IT Platform for the New Enterprise
Email Security Threat Report 2020
More Reports