IT Leaders: Grow A Pair - InformationWeek

At the recent Fusion IT Service Management conference, I caught up with keynote speaker Larry Winget, author of Shut Up, Stop Whining and Get a Life, and most recently, Grow a Pair. Despite the over-the-top titles of his books, Winget impressed me with his sensible and actionable advice. We could all do a lot worse than to shut up, stop whining, and focus back on the basics of IT service delivery.

What follows are excerpts of our conversation.

InformationWeek: In your keynote address, you said: "If you don't plan on messing up, you don't plan on doing anything. Admit it, fix it and move on." What do you say to IT leaders who insist on a quality-assurance plan to make sure that the team never messes up?

Winget: I'd say that's an unrealistic goal for anybody, regardless of what their title is. Everybody messes up. Everything goes wrong. If you don't plan for failure, you're an idiot. You always need a Plan B. You always need a backup.

InformationWeek: I'm interested in what you said during your talk about "the idiot who said to put employees first." But in your book, you describe the need to have "a pair" even with customers, refusing to put up with bad customer behavior, like paying late or disrespecting your employees. What's the difference?

Winget: We teach people how to treat us. And when it comes to customers, if you allow them to pay you late, you've taught them that's OK, so you're nurturing bad customers. Do you really want to surround yourself with bad customers? We need to very clearly communicate with people -- and I think lack of communication is the No. 1 problem we have in business and life anyway -- that "this is how we do business, this is what we expect from you, and as long as we both understand that going in, we'll be OK." In terms of putting employees first, it's just stupid, really. You put customers first. Employees are an expense; customers are revenue. You take care of revenue first. If you don't take care of the revenue side, you're not going to have any money, any profitability, to pay your expense side. 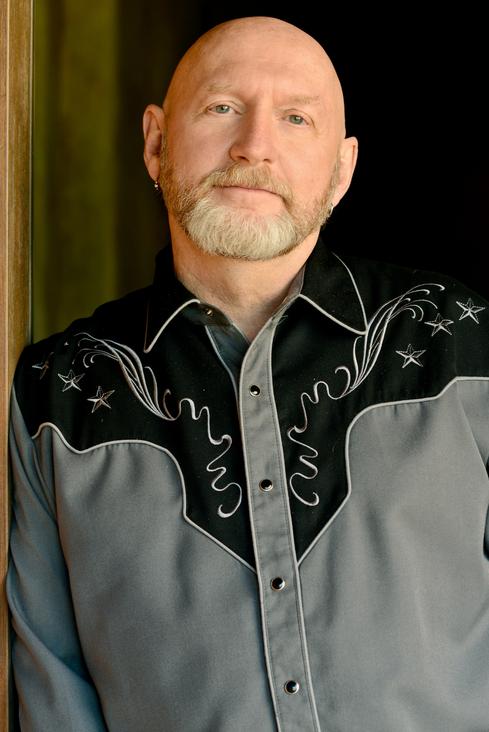 InformationWeek: So when, then, should you hold a customer accountable for treating an employee badly?

InformationWeek: Today you pooh-poohed passion. But what if someone is self-reliant, works hard, and is really excellent. Does passion matter in that case?

Winget: You know, I think passion might just be the thing that kind of puts you over the edge from a competitive standpoint. We have way too many people, though, who are relying on passion to make them successful. They believe that as long as they have passion, then they will be successful. But they don't have any business skills, don't have any customer service skills, don't have any leadership skills. They're not particularly hard workers; they're just passionate about what they do. That's just not enough. You have to also be good at what you do and willing to work hard at what you do. That's why I said hard work and excellence are the true keys to success.

InformationWeek: So what's the best way to promote employee and team self-reliance?

Winget: Again, it goes back to communication. You clearly lay out what you expect from people. You educate to make sure that employees can deliver what you expect. And then you give them the freedom to do it and fail and learn from their mistakes. At the same time that you're educating and communicating expectations, you're making sure they understand the consequences of not giving you what you expect. All of that creates a much better employee who is more self-reliant. They have the skills, and they know you trust them enough to do it. They know if they make a mistake you'll help them fix it next time. And they also know that there's a real downside, that if they keep screwing up they might not be there anymore. All that's very fair, and it creates a much better employee.

InformationWeek: In your book, you ask people to "be a citizen with a pair, to change the world by acting when others won't, to stop being sheeple." Is that also true of the workplace?

Winget: Absolutely. We need to have a pair in all situations. Having a pair is not what's going on between your legs. It's what's going on between your ears. It's about understanding who you are, what you believe, what you stand up for, speak up for, and stand up against and speak up against. We all need to do the right thing. Period. The right thing in business is to treat the customers well, take care of them, make sure that you deliver everything.

We're the victimhood society, with very few plans. We let life come to us, and then we complain when it doesn't happen in the way we wanted. We have an expectation of somebody coming to the rescue. That's not going to work out very well for any of us.

InformationWeek: I frequently hear from IT leaders that they're not well-funded enough or well-understood enough for IT to be effective. I hear: "The CEO doesn't really understand technology and how important it is." I'm guessing that you think that's the IT leader's fault. I know you're not an IT guy, but in general, what can leaders at large organizations do about being underfunded and misunderstood?

Winget: [Laughter] You know, there's an old, old saying among motivational circles that when you miss the target, never in history has it been the target's fault. And so when you look back and you say, "They don't understand me," you haven't made yourself understood. It's your fault. "I'm underfunded and they don't understand me." At some point that starts to sound like whining.

We welcome your comments on this topic on our social media channels, or [contact us directly] with questions about the site.
Comment  |
Email This  |
Print  |
RSS
More Insights
Webcasts
How Elite Analyst Teams are Transforming Security with Cyber Reconnaissance
Strategies for Success with Digital Transformation
More Webcasts
White Papers
The Insider's Guide to IP Geolocation Data During COVID-19
Managing OTT Content Distribution in the Connected World
More White Papers
Reports
Annual Global State of the WAN
Special Report: Edge Computing: An IT Platform for the New Enterprise
More Reports

This is an interesting article. In my consent, honesty is most important thing to become a leader.
Reply  |  Post Message  |  Messages List  |  Start a Board

"Winget: Again, it goes back to communication. You clearly lay out what you expect from people. You educate to make sure that employees can deliver what you expect. And then you give them the freedom to do it and fail and learn from their mistakes."

I appreciate the honesty in this interview, because that's usually what people need -- and secretly want -- to hear. It may be painful, but everyone usually benefits from being told what's what in direct language. Do you think your company could benefit from Winget's straight talk?
Reply  |  Post Message  |  Messages List  |  Start a Board

I am all for more action -- more walk and less talk. But what happens when the CEO is one of the "sheeple." That is when morale really goes downhill. When the CEO talks the talk -- but the actions speak louder than the words.

IT leaders, what is your strategy for dealing with a CEO who says one thing and consistently does another?
Reply  |  Post Message  |  Messages List  |  Start a Board