Rise Of The Corporate MOOC - InformationWeek

It's not your father's corporate training. EdX wants to help companies offer their own massive open online courses to keep employees' skills updated.

For corporations, massive open online courses, or MOOCs, matter because they might become a major source of technical talent and training. No matter if 140,000 out of 150,000 students in an online programming class drop out -- there are still 10,000 people being trained, a substantial potential resource in a world desperate for technical talent. More to the point, companies can run their own MOOCs, tailored to their own needs. That's one goal for EdX, which released its code as open-source back in June and has also released its hosting scripts.

Some vendor organizations have used EdX's code to develop training classes. Earlier in November, the specialty steelmaker Tenaris said it would use EdX's software for its Tenaris University, used to train the company's global workforce.

There are more such deals with companies on the way, Rob Rubin, VP of engineering at the education tech startup, said in an interview with InformationWeek.

Rubin also said EdX was getting close to formally putting a 1.0 tag on a future code release. "I think we'll have a 1.0 release in 2014, though I'm not committing to a date," he said.

[ Stay current for your career. Read 5 Online Classes To Pump Up IT Careers. ]

Earlier in 2013, Rubin had said that EdX wanted to push its international presence. Since then, EdX has expanded into France and China, and the EdX platform is being translated in up to 20 languages, Rubin said. Separately, the platform has become more accessible for those with disabilities. "Those are two big success stories, internationalization and accessibility," Rubin said.

EdX's code is being developed formally by the xConsortium, the group of more than 20 universities that make up EdX. But two important partners are not part of the xConsortium: Stanford, which Rubin dubbed "EdX West," and Google are both heavily involved in developing code, including XBlocks, EdX's programming components. 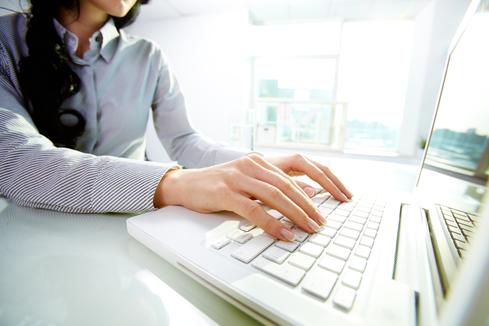 EdX now runs weekly distribution calls to discuss proposed designs and application programming interfaces with its xConsortium partners and Open EdX collaborators such as Stanford and Google. These meetings help EdX avoid drift, or different versions, of its source code.

"Fragmentation hasn't been an issue for us," said James Tauber, EdX's open-source community manager. He says EdX and its partners collaborate closely to limit the amount of drift in the code base, using in particular the pull request capability in GitHub. GitHub helps limit conflicts between versions as well.

Within a year, EdX will be able to manage code contributions from "any institution in the world," Rubin said. Tauber added that he expects to see ecosystems emerge around its technologies, and XBlocks will be developed that can run on multiple learning management systems.

Rubin says EdX, and the open-source model, will prove disruptive to the way education and training are done. "There's no question that what we're trying to do is not simple optimization but disruption. We want to proliferate that, to improve learning and to do research about learning."

If EdX can succeed, it should benefit companies that face a world where technology skills get swept away and employees need to continually develop new skillsets.

I think this is great. Offering corporate training tailored to a specific company on the specific skills it needs its employees to be have it's brilliant. Everyone can complete the modules at their own pace, in their own time, and according to their workload.

About cost, I think this is not as important as the ROI the company will get having its employees with their knowledge updated. All companies benefit from corporate training. I would never trust a company that doesn't offer training in one way, or another.

You don't have to pay anything to take courses at Coursera. The courses are organized by the universities.

Another good question. Boy Scouts already provide online training for a variety of things. And it works reasonably well, much like Khan Academy videos.  Do they need to upgrade their training?  not sure.
Reply  |  Post Message  |  Messages List  |  Start a Board

I suspect the answer is maybe, Laurie. Developing high quality training content takes a lot of time and money, and what you do in a classroom may need substantial changes to work online. What it should do is make it easier for companies to target the specific skills they need, either with current employees or new contractors.  That could be invaluable.
Reply  |  Post Message  |  Messages List  |  Start a Board

What might be the application in nonprofit?  Could it make sense for Boys Scouts or Girl Scout programs?
Reply  |  Post Message  |  Messages List  |  Start a Board

I think that the consumer form of this, for example Coursera, is not working as well as had hoped. I don't see individuals paying for this; rather, I think this corporate education strategy makes a ton of sense.

Have you ever been through an awful corporate training session, through the web? Yeah, I bet you have. That's why I think EdX and others have major potential in this space.
Reply  |  Post Message  |  Messages List  |  Start a Board

This approach has to be less costly for companies vs. traditional training, right Michael?
Reply  |  Post Message  |  Messages List  |  Start a Board
Editors' Choice
Hot Topics