Why IT Professionals Move to Las Vegas - InformationWeek

Las Vegas may well become the next high-tech hotbed as more IT talent and related investment flow into the city. On and off The Strip, there are all kinds of opportunities to cash in on digital transformation, from gaming to the maker movement and beyond. You may enjoy life more, too. Here's why.

Have you ever considered an IT career in Las Vegas? If you haven't, there's no better time than now. On and off The Las Vegas Strip, the demand for IT talent is growing as more types of businesses undergo digital transformation. Like any other city, Las Vegas has its own unique amenities that aren't necessarily obvious if you haven't spent any quality time away from the tourist spots.

"While Vegas doesn’t necessarily have the same concentration as some of the IT hubs, here you have the opportunity to be a 'big fish in a little pond," said Daniel Cho, Las Vegas branch manager at Robert Half Technology, "There is so much to love about Las Vegas: people are especially drawn to the affordable housing, competitive salaries and, of course, no state income tax. Additionally, the weather, quality of life, entertainment and plethora of world-class music and dining available are all pluses for anyone who lives here."

[If you're an IT professional who is curious about life in Las Vegas, Interop ITX, scheduled for April 30-May 4 at the Mirage, offers an opportunity to round out your tech knowledge base while you get a flavor of the city. Interop features tracks covering cloud, DevOps, AI/analytics, IT leadership, security, IT infrastructure, and government IT.]

Zappos, Zillow, and an AWS Direct Connect site are located in Las Vegas, along with a growing number of high-tech startups, although the demand for IT talent is high in virtually every industry. We talked with three IT professionals who relocated from The Bay Area, Los Angeles, and Dallas, respectively. Following are a few things they love about Las Vegas.

The Cost of Living Is Lower

"California has a nice climate, but the state income taxes, property taxes and property values drove me crazy," said Scanlin. "You can make half as much in Las Vegas and save more money. In fact, the money I'm not paying in California state income tax is more than the mortgage on my 2,400 square-foot home."

Mike Kelp, president of cannabis delivery and cannabis-focused IT services company Hytiva, just relocated from Dallas to Las Vegas. For the past 15 years, he has done web application development for the US Navy, defense contractors, United Fighting Championship (UFC), and the New England Patriots, among others. His Las Vegas home property taxes will be two thirds less than they were in Dallas, and his homeowner's insurance will be about $70 per month.

"The cost of living isn't just lower, it's simpler," said Kelp. "You don't have to worry about natural disasters that keep people away from work like hailstorms and floods."

It Has a Community Spirit

Some of American's hottest tech hubs aren't as warm and welcoming as other cities in the U.S. because commute times and work hours are long, and the pressure to compete is high. While there are meetups and networking events, the hyper-competitive nature of the area can tend to separate people rather than bring them together.

"Las Vegas has one of the best tech scenes in the country. It's not as big as LA or New York, but what you're looking for in a tech scene is a supportive community where interesting people are doing interesting stuff," said Dary Merckens, CTO and lead developer at IT services company  Gunner Technology. Before moving to Las Vegas, Merckens worked for ESPN's Community Group which manages ESPN's social presence, Flash widgets, and other community interactions.

Born to Sell's Scanlin also mentioned the community spirit in Las Vegas. He has met other high-tech entrepreneurs, unexpectedly, through his wife's networking efforts on Meetup.com. When they moved to Las Vegas, they simply wanted to meet new friends.

"I thought everybody else was going to be a casino worker, but of the 50 people I know, I think maybe one of them works in a casino," said Scanlin. "There are a lot of people that I can relate to as a tech entrepreneur."

The Quality of Life is Better

After a while, long work hours, rush hour traffic, and the constant battle for parking spaces can make one long for a permanent change of scenery. Zappo's CEO Tony Hsieh poured $350 million of his own money into the Las Vegas downtown area with the goal of turning Las Vegas into a startup hub. While the project has faced challenges, Las Vegas' downtown amenities are one of the things Gunner Technology's Merckens likes.

"There are microbreweries, maker spaces, and an art scene in downtown Vegas. The container park is awesome because it has restaurants, shops, and festivals," he said. 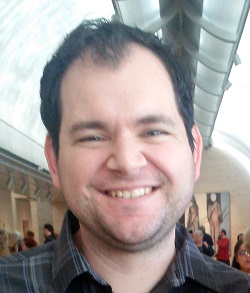 Las Vegas' location can also be advantageous, especially when customers, prospects and family are located in Southern California or Arizona. In addition, Las Vegas is within a reasonable driving distance to The Grand Canyon, Lake Powell and Bryce and Zion national parks. There's also great hiking nearby at Red Rock Park and Mount Charleston.

What Las Vegas Doesn't Have Yet

Palo Alto, Austin, Seattle, and other high-tech meccas have their own unique culture and personality, which Las Vegas lacks. Like anywhere else in the U.S., there's plenty of demand for IT talent regardless of industry, but the city's reputation remains more closely linked with vice than technology innovation.

On the other hand, if your current salary and zip code aren't offsetting your desires to have more of a life, relocating to Las Vegas may be in your future.

Lisa Morgan is a freelance writer who covers big data and BI for InformationWeek. She has contributed articles, reports, and other types of content to various publications and sites ranging from SD Times to the Economist Intelligent Unit. Frequent areas of coverage include ... View Full Bio
We welcome your comments on this topic on our social media channels, or [contact us directly] with questions about the site.
Comment  |
Email This  |
Print  |
RSS
More Insights
Webcasts
Building Asset Management into Your Enterprise Security Strategy
Take DevOps to the Next Level
More Webcasts
White Papers
Identify Threats 82% Faster: The Value of Threat Intelligence with DomainTools
2021 Application Security Statistics Report Vol.2
More White Papers
Reports
The State of CCPA 2021
Gartner Market Guide for Insider Risk Management Solutions
More Reports