Despite a flood of publicity and product announcements related to artificial intelligence, it seems that few enterprises have adopted the technology so far. 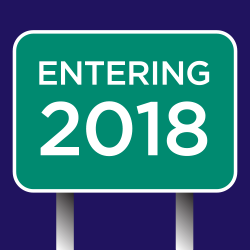 Status Report: AI in the Enterprise

Whit Andrews, vice president and distinguished analyst at Gartner, was able to put some hard numbers to the trend. "We are in the very earliest stages of enterprise adoption of artificial intelligence," he said. "Specifically, in our most recent CIO survey from 2017, one in 25 CIOs described themselves as having artificial intelligence in action in their organizations."

The companies farthest along with the technology tend to be technology giants, said Hadley Reynolds, managing director and co-founder of the Cognitive Computing Consortium. These companies are "basing much of their businesses on various kinds of machine learning and deep learning technologies," he said, so they have invested heavily in research and recruiting talent with AI skills. 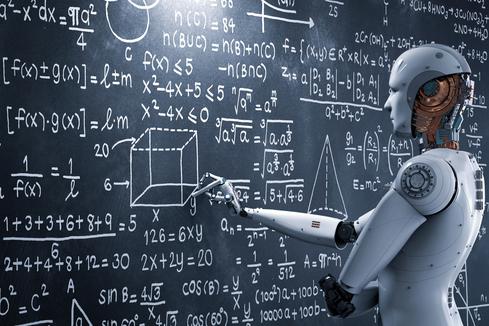 The vast majority of other companies — those that are not basing their business models on AI today — haven't yet gotten on board.

More enterprises expected to jump in

However, most experts expect enterprise adoption of AI to ramp up quickly. According to Andrews, "Six in 25 are either piloting or have AI in their short-term plans. Five in 25 have it in middle-term plans." 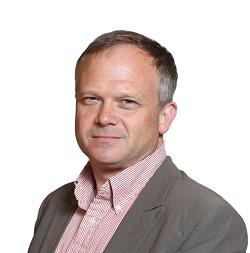 IDC analysts have come to a similar conclusion regarding the AI growth curve. They are forecasting that worldwide revenues for cognitive and AI systems will reach $12.5 billion in 2017, an increase of 59.3% over 2016. And, they expect growth to continue at 54.4% per year through 2020, at which point revenues could top $46 billion.

Experts say that eventually nearly every company will be impacted by AI, but most companies aren't yet sure what AI can do for them or how they can use it. "There’s quite a bit of confusion," said Nick Patience, co-founder and research vice president of software at 451 Research. Most enterprises are in the "very, very, very early stages," he added.

Some of that confusion may be because there are so many potential use cases for AI. Experts pointed to help desk, customer support, recommendation engines, fraud detection, chatbots, image recognition, language processing and market segmentation as some of the possible applications of the technology. Andrews pointed out that AI could even be helpful at tasks like improving graduation rates at universities or reducing recidivism at prisons.

So where should companies begin?

Observers recommend starting with a core problem that the entire company is trying to solve. To be a good candidate for AI, it needs to be a problem about which the organization has a lot of data — so much data that it would take too long for humans to analyze it on their own.

"AI is really good at making it possible for humans to be much better at classifying and predicting," Andrews said.

Patience of 451 Research said these companies are "basing much of their businesses on various kinds of machine learning and deep learning technologies," both of which are subsets of artificial intelligence, so they have invested heavily in research and in recruiting talent with AI skills.

But before organizations can see any benefit from applying AI to those use cases, they will need to overcome some thorny challenges.

The biggest problem is the lack of talent. According to Andrews, "More than half of organizations say the biggest obstacle to their implementing AI is that they don't have the skills to do it."

Another big issue is figuring out what you want to do with AI. "The simplest challenge is simply understanding whether it's a good use case for AI and machine learning," said Patience. Many organizations say they aren't sure how to get started, or they don't have the strategy or funding that they need to get a project off the ground. 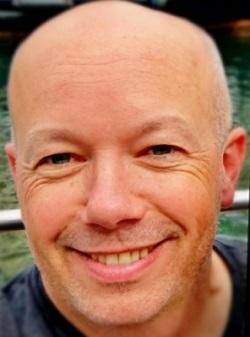 The data that feeds AI systems can also present obstacles. "The gathering and curation of data is a key challenge," said Patience. "We see that over and over again, where either organizations don't have enough data, or they have it and can't get access to it.”

Then there are the problems with the technology itself. While AI research has advanced incredibly quickly in recent years, we still don't have a general artificial intelligence that truly thinks and learns the way humans do. As a result, human interactions with AI are sometimes less than satisfactory. "The 'klutziness,' if you will, of a computer itself is a serious challenge," Hadley said, adding, "The opportunities for mistakes and disasters from the point of view of the customer experience are much more likely."

That leads to a bigger issue: trust. "The overarching issue in the whole development of the field is do people trust the results that they get out of a machine?" Reynolds said. "There’s some sort of version of that trust problem in every AI interaction."

The future of AI

It may be some time before AI can truly gain the trust of the average consumer. Andrews pointed out that people tend to have two big concerns: AI getting out of control or AI taking over jobs.

"I don't think artificial intelligence is anywhere near the space or time where it establishes autonomy or independence from human society, and I don’t see a pathway in which any such intelligence would be sufficiently autonomous to present a risk," Andrews said. 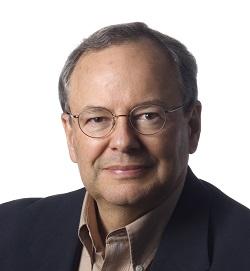 However, on the jobs front, people might have more cause for concern. Andrews said, "Gartner has said that AI creates more jobs than it eliminates. But I think it would be a mistake to assume that everyone whose jobs are changed find their way to a new job or that the jobs would have parity with one another."

Patience pointed out that AI could result in major upheaval for some industries. "Long-term some markets are going to have massive changes," he said, citing financial services, retail and healthcare as those most primed for disruption.

Some people — and some enterprises — might find it difficult to adapt to those changes.

Still, the analysts see reason to be optimistic about the future potential of AI.

"AI makes it possible for humans to be better at being human," said Andrews. "We're just getting started on this chapter."

From Getting Started With AI up to Production

If you are just getting started with AI:

Hadley Reynolds of the Cognitive Computing Consortium: "Focus on a specific business problem that you really want to solve," and get some help evaluating the technology.

Nick Patience, co-founder and research vice president of software at 451 Research: Look at areas where you already have some business process written into software, because that process is probably a good candidate for machine learning.

Whit Andrews, vice president and distinguished analyst at Gartner: "Identify the key performance indicators that your organization expects you to improve. . .Then if you have time and space to experiment, that's where you should try AI."

If you have an AI pilot project:

Reynolds: "With AI systems, the gap between a successful pilot and a large rollout can be fraught with risk" because of the large quantities of data and large number of users.

Patience: Make sure you understand the impact the AI will have on the user experience, whether they are internal users or external users.

Andrews: Figure out what you learned that is "likely to be unique or particular to your organization" and then expand the effort.

If you have AI in production:

Reynolds: "If you only have one problem, you're done." If not, you need to grow an in-house team that can expand AI to the other problems in your company.

Patience: "Well-done for being early." Look for new and more advanced ways of doing and using AI.

Andrews: "Move toward a strategy that has consistency and stability across the organization."

Cynthia Harvey is a freelance writer and editor based in the Detroit area. She has been covering the technology industry for more than fifteen years. View Full Bio
We welcome your comments on this topic on our social media channels, or [contact us directly] with questions about the site.
Comment  |
Email This  |
Print  |
RSS
More Insights
Webcasts
Bolstering Your Enterprise Cyber Risk Assessment
Multi-Cloud Data Management for Modern Applications
More Webcasts
White Papers
Guide to Enabling 5G Deployments
Top Serverless Security Risks and How to Mitigate
More White Papers
Reports
Are We Cyber-Resilient? The Key Question Every Organization Must Answer
Intelligent Outcomes Are Key to Business Resilience
More Reports