Tableau Software stayed true to its roots with Tableau 9.0, the company's latest major release, announced Tuesday, April 7. The upgrade is predominantly about personal productivity and performance gains for end-users. It adds a few new tools for admins who manage the vendor's server and cloud-based products.

Tableau's strength since its founding in 2003 has been ease of use. The company's core product is a desktop data visualization tool that has had a habit of spreading wherever it shows up. In some cases, particularly in the early days, it was a shadow IT phenomenon. Central IT and BI control freaks didn't always appreciate the requests for data access and non-BI-team-sanctioned data insights.

These days the business-side thirst for hands-on data analysis and insight trumps command-and-control-style IT and BI, and Tableau is often a company standard, complemented by Tableau Server or Tableau Online (cloud-based) deployments for centralized publishing and sharing of analyses. So Tableau's focus on ease of use for the individual has paid off, and the tradition continues with Tableau 9.0

[How much are you enabling end-users? Read Data Analyst: Does Everybody Need To Be One?]

The long list of user-oriented improvements in 9.0 leads with new data-prep and predictive-analytics capabilities, as well as performance enhancements that greatly reduce query times, according to Tableau.

As for those data-prep features, don't think about centralized data sources and enterprise-data cleansing. Tableau 9.0 promises desktop-level, hands-on data-wrangling without having to switch to another tool. Tableau 9.0 introduces a data interpreter that helps users connect related spreadsheets automatically by removing headers, footers, and empty rows. A new pivot feature lets you select and combine columns (such as years or months) without coding. You can also split data, such as VIN numbers or email addresses, into columns for each component, separating IDs from domain names, for example.

Tableau acknowledges that many data problems are about centralized sources, but it leaves those problems to specialized partners such as Alteryx, Informatica, Trifacta, and Paxata.

In another consistency with easy-of-use principles, you won't need a PhD to manage new Tableau 9.0 trending, forecasting, and predictive analytics capabilities. These analyses are triggered by dragging and dropping dimensions of data (such as product sales) onto an analytics pane. As you move from simple trending to more advanced prediction, the software taps into 20 different modeling approaches that run in the background, and it automatically picks what it considers the right approach.

If you're an advanced analytics expert and know what you're doing, you can select the modeling approach you want, or even import an R-language-based algorithm. If you're like most users, you'll leave it to the tool to choose best-fit algorithms and modeling approaches based on the data you choose for the analysis. 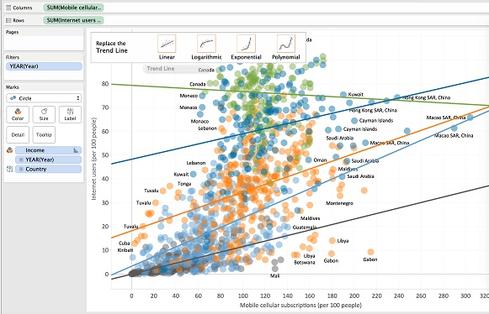 Tableau 9.0 is speedier, thanks to better use of parallel and vector processing capabilities that are built into chips, and it applies to the vendor's desktop, server, and online software. As a result, queries that were previously handled in a serial way that took, say, 10 seconds, will now be processed in 2 to 3 seconds, according to Tableau. The vendor says a beta customer who had a particularly complex dashboard with many embedded queries saw response time drop from one minute down to 7 seconds, which is certainly more within the realm of consumer-grade performance expectations.

Other user-oriented upgrades in Tableau 9.0 include:

Type-in calculations. Similar to the simple calculations you can do in Excel, this feature lets you add, subtract, and apply other math functions to columns -- so you can reveal profits by subtracting cost from sales, for example.

Level-of-detail expressions. This feature lets you quickly apply queries at different levels of aggregation. For example, you could apply a calculation you set up for one state to a particular region of that state or to multiple states that make up a region of a country.

Improved mapping. Map-based analysis is said to be faster and more responsive in 9.0, but users also get the ability to lasso free-form shapes for precise selection, rather than just zooming in with a circular magnifying glass tool. Users can also just search by geography, entering zip codes or city, county, state, and country names.

Tableau Server and Tableau Online (which is a hosted service based on Tableau Server) have a new look and feel, according to the company, giving those administrators better search capabilities and a much more visual way to manage users and user-access permissions. The visual approach gives admins a clearer, role-based understanding of why certain users have certain permissions.

This is pretty basic stuff where administration is concerned and not the kind of "governance" capabilities big BI incumbents point to, contrasting their data-cleansing, data-integration, and layered data-, report-, and dashboard-access controls against what Tableau has to offer.

Tableau isn't playing an imitation game. Rather, it's sticking to what it does best: making data analysis easy and broadly accessible. Now a few of the giants, including IBM and Microsoft, are following in Tableau's path, introducing "freemium" services (Watson Analytics and Power BI) with a focus on ease-of-use and data visualization. Only time will tell if these fairly recent, cloud-based services will put a crimp in Tableau's steady, double-digit annual growth of recent years.

Tableau is one of the few data visualization and analysis tools that I keep hearing about. Good to see it laid out in detail in this 9.0 version.
Reply  |  Post Message  |  Messages List  |  Start a Board
InformationWeek Is Getting an Upgrade!