As organizations consider analytics in an era of big data, they are also considering a range of new database types to accommodate the challenges that come with it. A new survey looks at the databases under consideration, the big concerns of IT pros in charge of these systems, and what compromises the pros may need to make.

That big data is coming fast and furiously is an accepted trend. Many studies say so. But did you know that 89% of all data managers view backup and recovery as the most critical component of their big data efforts?

That nuance is one of several findings from the Datos IO report on how organizations are deploying "next-generation databases," released today.

Datos IO surveyed 204 IT professionals responsible for application and database deployment, operation, management, and architecture to produce the study. Those surveyed came from companies that ranged from 500 to more than 10,000 employees across industries including education, technology, financial services, healthcare, retail, nonprofit, and hospitality. 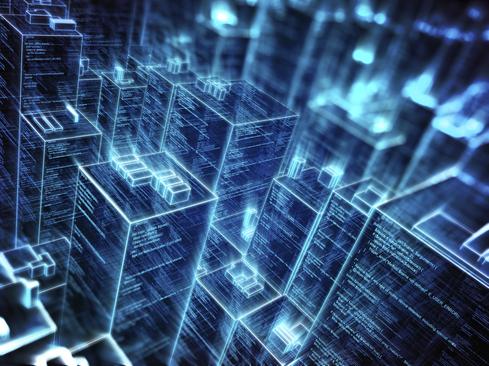 It turns out that enterprise size matters when it comes to making plans about databases. Among companies with 1,000 employees or less, about 75% to 80% expect to see growth in their traditional databases (Oracle, DB2, etc.). By contrast, about 80% of the respondents hailing from larger firms expect to see growth with "next-generation databases," the survey said.

That break point may be indicative of a lack of resources among the smaller firms that can be used to implement big data solutions, said Shalabh Goyal, product manager at Datos IO.

About three-quarters of the respondents said that next-generation databases will influence growth in their enterprises over the next two years, according to the survey. Four out of five IT pros expect big data to double in that same time period. Another 54% said they will be using their next-generation databases for analytics, followed by those using them for ERP/CRM (37%), SaaS-based solutions (35%), customer information (35%), and monitoring (28%).

The need for backup and recovery, however, stood out, as 89% of the respondents viewed it as "critical" for their big data applications, the survey noted. A full 61% said poor backup was the primary reason hindering their adoption of big data.

Some of this hails from past experience with relational databases, where IT managers have a fuller toolset to manage these systems. Applying that same thinking to big data, the same professionals have "a checklist that needs to be filled up," said Tarun Thakur, founder and CEO of Datos IO.

IT professionals do not want their next-generation database solution to require a "media-heavy server architecture," Thakur pointed out. "They want native formats on secure storage."

They want a scalable system that can handle ever-increasing data loads, Thakur added. They want resiliency. "Given this highly distributed world, a node could go up or down fairly quickly. Customers want backup infrastructure that is highly available," Thakur said, which is preferable to doing the backup all over again should a node ever quit.

The biggest nontechnical barrier hindering adoption of big data is a lack of knowledge and experience in handling this technology, cited by 61% of the respondents.

The talent pool is significantly lacking, Goyal concurred. But support is widely available. "Customers are able to get their way through."

Do not expect "next generation databases" to replace older, relational databases. "They are leaving the traditional infrastructure as is," Goyal said of IT professionals. Expect both technologies to coexist while those next-generation databases are being constructed, he added.

William Terdoslavich is an experienced writer with a working understanding of business, information technology, airlines, politics, government, and history, having worked at Mobile Computing & Communications, Computer Reseller News, Tour and Travel News, and Computer Systems ... View Full Bio
We welcome your comments on this topic on our social media channels, or [contact us directly] with questions about the site.
Comment  |
Email This  |
Print  |
RSS
More Insights
Webcasts
Protecting Your Enterprise's Intellectual Property
Strategies for Success with Digital Transformation
More Webcasts
White Papers
Passwordless: The Future of Authentication
The Insider's Guide to IP Geolocation Data During COVID-19
More White Papers
Reports
The State of Threat Detection and Response
Are Unprotected Cloud Databases Leaking Your Data?
More Reports