50%
Tweet
Java has been around for 25 years -- plenty of time to build a mythology. Here, we bust up nine of the most prominent myths surrounding this widely used programming language. 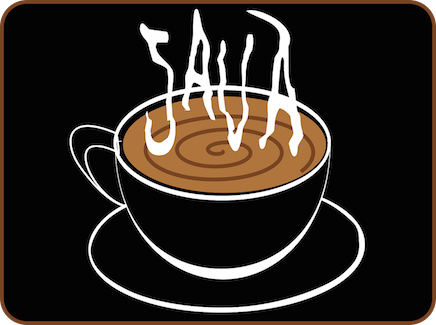 Java is, according to most ways of measuring such things, the most popular programming language in the world. In spite of this, there are many persistent myths about the language, even among those who use Java daily.

Since its debut 25 years ago, Java has been seen by some as something less than a "real" programming language. Whether because of Java's genesis as a language designed to program set-top boxes, or because Java's founders had the temerity to promise "write once, run anywhere" functionality for the language, there have been detractors from the beginning.

Yet Java has become popular both as a teaching language in universities and as a general-purpose programming language in many companies. Its popularity is why it's worth examining some of the myths surrounding Java. Whether a myth tends toward the positive or the negative, relying on magical thinking can leave you unprepared for situations in the real world.

[How can you help build the next generation of programmers? Read 9 Fun Tools for Teaching Kids to Code.]

Let's look at nine myths that can keep developers from making full use of Java.

Once you're finished reviewing these, I'd love to know what you think about Java as a programming language. Are there other myths that you've seen or heard about the language? Do you use it as one of your main languages for development?

Are you in the camp that sees Java as unfit for true enterprise programming? Let me know what you think about Java -- and the myths -- in our comments section below.

You covered the issues nicely, Curtis. Living in IBM server world, I've seen Java grow since the beginning. Websphere, Lous Notes and a number of their other tools which operate out of green screen space have long used Java. Being sluggish and crashes due to memory (heap space) are the primary complaints, especially Websphere.

As a developer, and not being native to OOP in general (I started in CICS/COBOL), the Java language was intimidating. I remember buying my first Java book. It was about 5 inches thick, maybe 800 pages. And this was back in days of HTTP 1.0, so user interfaces were quite a challenge. I dismissed it quite early on as a path away from green screen programming, perferring a CGI based approach with RPG or COBOL at backend and HTML at the front. Now that HTML5 and the javascript libraries like Extjs have arrived, that decision has started to payoff. But it was long time coming.

If you need to write an app which needs to run in a lot of places, Java has proven it can do the job. It will be interesting how it holds up to the new HTML5/CSS3/Javascript approaches to "run anywhere".
Reply  |  Post Message  |  Messages List  |  Start a Board

Recently I had the opportunity to compare the performance of Java based math API workflows against similar native C++ workflows and guess what. Java came out twice as fast for certainl types of regressions and interpolations.
Reply  |  Post Message  |  Messages List  |  Start a Board