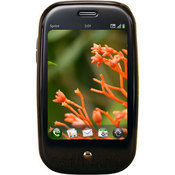 The sales of Palm's Pre smartphone have been vastly underestimated, according to a report from Charter Equity Research analyst Edward Snyder.

Palm and Sprint Nextel released the highly-anticipated Pre earlier this month, and Sprint said it broke sales record. The companies did not release sales numbers, but analysts estimated about 150,000 units were sold. After checking manufacturing and retail channels, Snyder said the actual number is closer to 300,000 units.

Snyder said demand for the touch-screen Pre is strong, and Palm is producing 15,000 units a day. He expects the company will ship one million units to Sprint in the first full quarter of production. Snyder is known as somewhat of a pessimist, so his estimates are likely a boost for Palm and Sprint.

The touchscreen Pre has been relatively well-received by the public, and most of the reviews have been positive. The webOS operating system is one of the most attractive features of the smartphone, as it enables users to multitask with Internet-connected applications in a finger-friendly user interface.

With eight consecutive quarterly losses, Palm plans to rebuild its company with the Pre and devices based on webOS. While the Pre is an exclusive device for Sprint, Snyder expects Palm to bring other webOS smartphones to Verizon Wireless and AT&T early next year.

Even if Snyder's sales estimate is correct, the Pre is still dwarfed by Apple's iPhone 3GS, which sold more than one million units in its launch weekend. Palm has said it does not necessarily need to be the top-selling smartphone maker to survive and be profitable, as it is aiming for the "fat middle" of the growing smartphone market that lies between the business-centric BlackBerry and the media-centric iPhone.