StrataLogica kept pace as classroom maps moved from the school wall to the smart board -- and now to the tablet.
David F Carr
Editor, InformationWeek Government/Healthcare
February 14, 2013

20 Top Masters Degrees For Big Data Analytics Professionals
(click image for larger view and for slideshow)
A few years ago, as maps began to come down off classroom walls, a prominent classroom mapmaker decided to go digital, with content fit for a smart board. Now it's making the leap from the smart board to the iPad.

StrataLogica released its iPad app in January, continuing an evolution begun in 2009 when the business was established as a unit of Herff Jones | Nystrom, which is best known for making classroom maps, globes and atlases, as well as other instructional materials for the K-12 classroom.

Don Rescigno, director of marketing at StrataLogica, said the business was launched in 2009 when Herff Jones recognized that "a lot of the normal real estate in the classroom started to be taken up by interactive whiteboards." Instructors wanted the same content, but now they wanted it digitally so they could manipulate it on screen.

[ Smart boards soon a thing of the past? Read Why Tablets Will Kill Smart Boards In Classrooms. ]

The first StrataLogica products were designed for the desktop PC, with the smart board as touch-screen peripheral. Actually, the "desktop" version is a Web app designed for access from a desktop PC. Now, the demand for digital content is shifting again, from the desktop to the iPad.

"The whole catalyst for this is the customer base -- what educators tell us their needs are in the classroom," Rescingo said. "They've told of us of their plans to go one-to-one." In the education market, that means one computing device per child, he said, "and it's becoming very common both in the U.S. and abroad, where each child gets either a high-quality laptop or a tablet. The most popular thing we're seeing with tablets is the iPad."

One advantage of a tablet is it gives students a chance to explore the content themselves, up close and independently. Our columnist Keith Fowlkes, CIO at the University of Virginia's College at Wise, is also predicting tablets will kill smart boards in university classrooms, at the same time iPads are becoming a bigger force at the K-12 level.

Scott Judy, VP of user experience and creative services at StrataLogica's digital agency partner Roundarch Isobar, said his team has been impressed by Herff Jones' determination to discover the full potential of the medium to deliver content differently. "We really wanted to be part of this vision for how education is changing," he said. 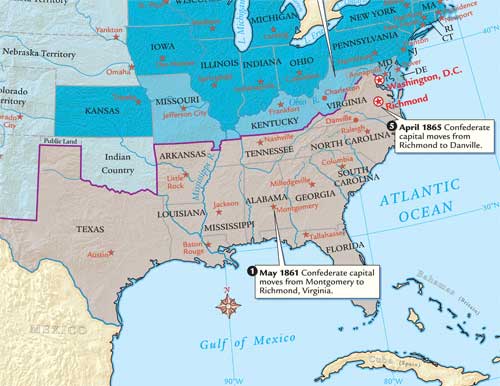 Putting history on the map.

The tools StrataLogica provides for teachers to annotate maps and use them to create presentations are so far available only in the desktop version, although Rescingo said they will be included in the next version of the iPad app. Regardless, once created, the content is available in either mode. After showing me the basics of the program, Rescingo sent me a couple of fancier annotated maps that might be used in a history or social studies class -- one on major World War II battles and another on the Arab Spring -- which I had to load into my account through the website but then was able to view on the iPad.

In addition to providing 3D maps with pinch-gesture zoom control, these maps were annotated with dates and names, plus push pin icons indicating the availability of additional media such as photos or video.

The World War II battle map let me access archival footage from YouTube about Rommel's campaign in Africa and how the Allies turned it back. For what it's worth, I actually learned something: Having never understood why the Germans (and Italians) would have gone into Africa when they were fighting on so many other fronts, I finally understood that it was all about access to oil. Duh.

Rescingo said StrataLogica had a head start on designing for touch -- because that's also relevant on interactive white boards -- but when students can access the content on their own iPads it "comes to life in an even greater way."