Darwin's survival of the fittest, adapt-or-die principle applies to technology, too.

Beta vs. VHS. Netflix vs. Blockbuster. Apple vs. BlackBerry. History is littered with examples of one company adapting while others headed for irrelevance.

The latest evolutionary challenge comes courtesy of the Internet of Things. Right now, the IoT is in its formative years. However, analysts estimate that its growth will boost the global economy by $1.9 trillion by the beginning of the next decade. There's logic behind these projections, which I honestly could call conservative. The biggest tech players in the world may be leading the revolution, but most companies could tap the IoT to grab a piece of that $1.9 trillion.

But which ones will adapt and thrive?

That depends largely on consumer perception. Here are four key traits -- and takeaways -- that will let device manufacturers and app developers flourish in the IoT industry.

[Should the government step in? Read Internet Of Things Needs Government Support.]

1. It's accessible.
Google Glass, one of the most well-known wearable technologies, is actually a helpful tool for businesses and consumers. However, the company has made a number of fumbles. First, when Google Glass was released, it was available to only a select few. Now, it may seem like a great marketing tactic to roll out devices on an "exclusive" or "invite-only" basis, but the truth is, it can backfire, as Google is starting to realize. Even now, Google Glass is available only through an invitation, and it comes at a high cost. It has turned into an unattainable device instead of, presumably, Google's original intention of being something everyday people can use to enhance their lives.

Lesson: Lay off the "exclusive" angle and price your product as accessibly as possible. Your goal is to gain followers who will praise your product and increase volume, not make people feel inadequate. 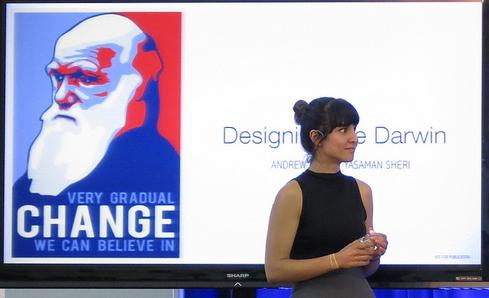 2. It's easy to pull off in everyday life.
One of the biggest drawbacks for Google Glass is that it aimed to make people look high-tech and futuristic, but it goes against the latest fashion trends. Requiring people to wear eyewear during a time when most are getting rid of their glasses with contacts and Lasik surgery seems like a fashion and tech faux pas. The Apple Watch and fitness trackers like the FitBit and Jawbone have simpler designs. Most people are used to wearing watches, so asking them to strap devices on their wrists isn't that big a deal. Still, even watches have been criticized as so last decade.

Lesson: Make the device easy to navigate and not unnatural or intrusive.

3. It gives customers what they want, not what you want them to have.
People want focused devices that will make their lives easier. Period.

Businesses investing in wearable technology or apps should zero in on one particular industry or an area with a high interest. For example, many Americans worry about their health. Apple Watch addresses that concern and latches on to the movement toward fitness trackers. Think about your customer's motivation. For fitness trackers, it's simple competition. Allowing users to share their health data among devices and via social media has prompted people to want to do better than their friends. How many calories did you burn today versus your co-worker? Who walked more steps? People love to win, and these products provide an opportunity to do so. It's no different from the gaming industry, where players are constantly trying to be the high scorer in Candy Crush and Clash of Clans.

Lesson: Tap into this sense of competition, or some other equally compelling human urge. Giving your users a real need and motivation to keep using the device is a strong recipe for success in the app world.

4. It co-exists peacefully in its ecosystem.
The IoT's core principle is based around the idea of connecting objects to each other, so it's essential to work with other companies that excel at creating IoT devices -- especially industry leaders and consortiums. Otherwise, you severely limit your chances of success.

This could be one of Apple's biggest downfalls. Apple products usually work well only with other Apple products, and the company has a storied history of damaging relationships and partnerships with its actions and exclusivity. If Apple continues down this path, its IoT efforts may falter.

Lesson: Pay attention to what leaders in the space are doing, and watch standards bodies, including the Open Interconnect Consortium, which is working on an open-source specification for wirelessly connecting devices.

Wearable technology is coming. If you're looking to cash in, learn from others' mistakes. Device manufacturers and app developers need to adapt in real-time, whether that means a variation on existing trends or spotting a previously untapped market -- a more difficult task.

Because the IoT is a relatively young ecosystem, there's room to make mistakes, set new trends, and follow new leaders. Constant evolution gives us room to make discoveries. However, it also means competition for resources (talent, funding, and customers). The weak may not survive.

Masanari Arai is a recognized leader in the mobile industry. He was the co-founder and CEO of Synclore Corporation in Tokyo, which merged with Servo Software to become Kii. Synclore, founded in 2008, provided client-server software solutions for operators like Docomo and ... View Full Bio
We welcome your comments on this topic on our social media channels, or [contact us directly] with questions about the site.
Comment  |
Email This  |
Print  |
RSS
More Insights
Webcasts
Disaster Recovery/Business Continuity in the New Normal
Multi-Cloud Data Management for Modern Applications
More Webcasts
White Papers
Top Serverless Security Risks and How to Mitigate
Ransomware Security Breach Summary: Food Production
More White Papers
Reports
Enabling Enterprise Resiliency Through Cyberthreat Detection
Intelligent Outcomes Are Key to Business Resilience
More Reports