Apple's iOS 6 has some great tweaks and a few misses. Take our visual tour of the must-know changes. 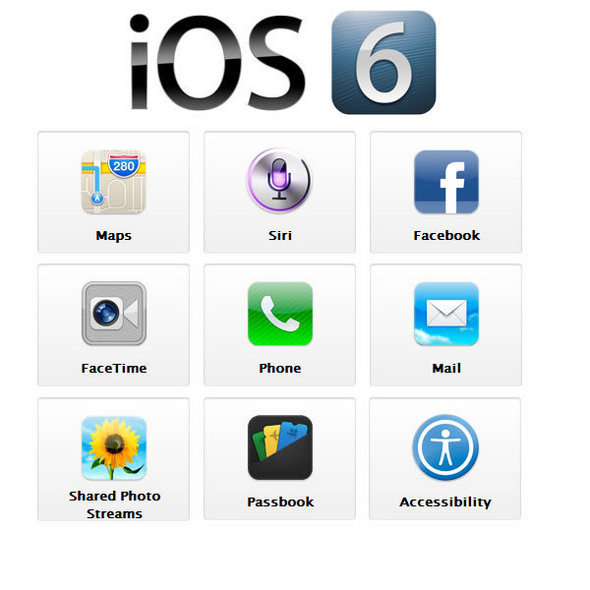 The latest version of Apple's iOS 6 has arrived and is available for download. The world's second most popular mobile OS has more than 200 new features, including a few biggies, such as turn-by-turn navigation with spoken directions, real-time traffic updates, and a smarter Siri that launches apps ("Siri, open Safari") and posts updates to Facebook and Twitter.

The upgrade brings new goodies to the iPad, most notably Siri (for the 3rd-generation iPad only) and a much-needed clock app. The new iPhone 5 and iPod touch (5th generation) come with iOS 6, but other Apple mobile users can upgrade right away by tapping "Settings," then "Software Update" on their devices.

Not surprisingly, all of iOS 6's new toys won't run on all iOS devices. The older your iPod, iPhone, or iPad, the less likely you'll get the cool new stuff.

Some iOS 6 features--such as spoken, turn-by-turn navigation, and the ability to capture panoramic photos--may seem like yesterday's news to many Android device owners, but that's beside the point. The question is whether iOS is a worthy upgrade for Apple customers, and it most certainly is. It's free, after all; iOS users have little to lose--except maybe an hour or so of download time--by giving it a go.

Recent posts in Apple's support forum show some user gripes about crashes and slow performance with iOS 6, many involving Wi-Fi problems on the iPhone 4S. Other upgraders are unhappy that the features they want aren't available on their devices. Panorama, for instance, is available only on the iPhone 4S, iPhone 5, and iPod Touch (5th generation). Unfortunately, the majority of iPad users (2nd and 3rd generation) won't discover this fact until after they've installed iOS 6.

We've assembled a slideshow of the 10 most intriguing new features in iOS 6. Not all are perfect--and one in particular (Maps) is seriously flawed. Overall, though, iOS 6 has enough new and interesting stuff to keep the Apple faithful busy for a while.