To mitigate the threat of "Apple picking" – a term law enforcement officials sometimes use to refer to cell phone theft -- Apple's next iPhone may come with "attack detection mode."

The World Intellectual Property Organization has just published a patent application that Apple filed last June, titled "Mobile Emergency Attack and Failsafe Detection." It describes a way to set a mobile communications device to summon aid on the user's behalf if the user fails to interact with the device.

Apple's filing coincides with the launch last summer of the Secure Our Smartphones (SOS) initiative, an effort to encourage smartphone makers to be more proactive in preventing smartphone theft. According to Consumer Reports, smartphone theft accounts for 30% to 40% of robberies in major cities nationwide. As a result of the campaign, federal legislators and state lawmakers in California have proposed mandatory kill switches for mobile devices.

Apple researchers are also contemplating triggering the attack detection mode if the device experiences a sudden shock as measured by an accelerometer. This feature could prove useful for calling 911 in the event of a fall prompted by an assault or illness, or a traffic accident.

For detecting car accidents, the patent application suggests that GPS data and automotive sensors such as airbag deployment indicators might be factored into the calculation that determines whether to call for help. Apple's recently unveiled CarPlay framework for integrating iOS devices with vehicle systems could provide a way for Apple products to access automotive sensor data.

The patent application indicates that attack detection mode could take actions like emitting an alarm at maximum volume, in addition to or as an alternative to calling emergency services, in an effort to attract help from people nearby. 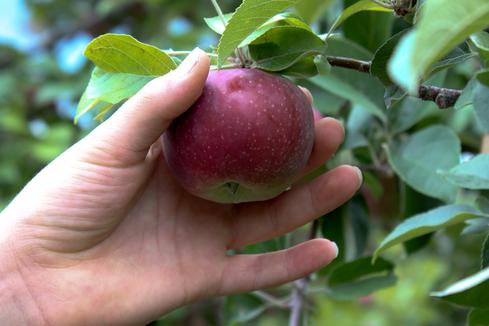 Attack detection mode could also be triggered by a "dead-man's switch," such as the release of an audio button that had previously been held down, or by a loud sound. The patent application allows for the possibility that a device might be set to capture and transmit incoming audio or to emit audio through the device's speaker, so that emergency personnel can hear what's going on and communicate with the device's owner.

Of course, a device that watches over its owner also entails potential privacy costs. Data captured by an attentive mobile device, whether stored locally or remotely, could be used against the device's owner. For example, in the event of an auto accident, the device owner's speed would be accessible to prosecutors and perhaps to the owner's insurance company. However, the promise of security, even when the risk is remote, tends to outweigh the uncertain value of privacy. Who wouldn't want a phone with attack detection mode?

Thomas Claburn has been writing about business and technology since 1996, for publications such as New Architect, PC Computing, InformationWeek, Salon, Wired, and Ziff Davis Smart Business. Before that, he worked in film and television, having earned a not particularly useful ... View Full Bio
We welcome your comments on this topic on our social media channels, or [contact us directly] with questions about the site.
Comment  |
Email This  |
Print  |
RSS
More Insights
Webcasts
4 Practical Tips for Building a Data Lake
The Experts Guide to Ransomware Response
More Webcasts
White Papers
Guide to Enabling 5G Deployments
Ransomware Security Breach Summary: Food Production
More White Papers
Reports
Are We Cyber-Resilient? The Key Question Every Organization Must Answer
The State of Cybersecurity Incident Response
More Reports

Do I understand this correctly -- that if you're not interacting with your phone for some set period, there must be something horribly wrong? Sounds to me like "a good day."
Reply  |  Post Message  |  Messages List  |  Start a Board

If implemented, attack detection mode would almost certainly generate enough false positives that it would have to be shut down. Emergency services operators would get tired of the robo calls for help that turned out to be less than emergent.
Reply  |  Post Message  |  Messages List  |  Start a Board

Of course, goes without saying. Preferably with a reservoir for pepper spray.
Reply  |  Post Message  |  Messages List  |  Start a Board

I think I'd rather have one of those Taser iPhone cases.
Reply  |  Post Message  |  Messages List  |  Start a Board

This is theater to distract from Apple's refusal to install a "kill switch" to brick stolen devices.
Reply  |  Post Message  |  Messages List  |  Start a Board
InformationWeek Is Getting an Upgrade!