The current crop of wearables, such as smartwatches and fitness bands, is expected to power the market into the near future, but eyewear is where the profits lie. By the end of the year, wearable shipments will top 101 million. They will grow to 213 million by 2020.

Led by sales of smartwatches, the wearable device market is expected to ship 101.9 million units by the end of 2016, up nearly 30% from 2015, according to a June 5 report from IDC. By 2020, that number is expected to increase to more than 213 million units.

However, the IDC report noted shipments of less capable devices would provide some future growth as well.

These types of smartwatches would have basic capabilities, such as fitness tracking features and sleep tracking abilities, but will not be sophisticated enough to run third-party applications on the watch itself.

Similar to smartwatches, shipments of connected fitness bands are also expected to grow, with nearly 61 million expected to ship by 2020, making up 28.5% of the market. 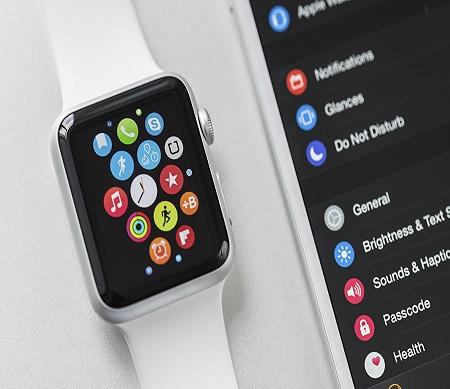 The IDC report noted this form factor, driven by low-cost devices made by budget-conscious vendors Xiaomi and tech giants like Fitbit, could come under increasing competition from smartwatch manufacturers, as those vendors include increasingly sophisticated fitness features into their devices.

As an example, last month smartwatch maker Pebble decided to beef up its health and fitness tracking capabilities for its Time series devices with a software update through the Android and iOS applications.

With Pebble Health, the smartwatches have features that extend beyond daily step and sleep tracking. Users can now paint a more comprehensive picture of their achievements, see activity trends over time, auto-track runs and long walks, sleep smarter, and enforce healthy habits with insights and encouragement.

However, IDC finds that eyewear is where the market is headed.

Eyewear, which constituted just 0.2% of the wearables market in 2015, is expected to reach nearly 9% marketshare by 2020 with shipments of 18.8 million units.

The report found this would be driven largely by specialized applications and devices aimed at transforming mobile computing in select industries and job functions.

[Read more about how the wearables market is developing.]

However, some hardware providers will also offer consumer-friendly options. More importantly, connected eyewear is expected to account for more than 40% of the total revenue of the wearables market, thanks to the high prices paid for specialized commercial devices.

However the market develops, IDC believes the time is ripe for developers to be creating all types of applications that can take advantage of the data these devices are collecting, which could also mean a boon for the big data and analytics industries.

"The trajectory of the wearables market signals a strong opportunity for developers," Ramon Llamas, research manager for IDC's wearables program, wrote in the report. "Imagine what that means when tracking steps, analyzing patient activity, or shopping: The information can be shared immediately with a second or third party, and the user can, in turn, receive context-appropriate information back."

IDC also singled out the nascent connecting clothing space, which in 2015 represented a paltry 0.6% of the market in 2015, as a sector to watch, especially as Samsung, Lenovo, and others begin to invest in prototypes of smart shoes and other clothing items that can help athletes better track their fitness and performance.

The research firm predicted shipments of smart clothing articles stands to capture 7.3% of the market by 2020 as athletes and consumers integrate fashion-tech into their daily lives.

Overall, lesser known form factors like clip-on devices, smart hearing devices, helmets, and other creative new devices are expected to account for 6.1% of the market in 2016 and 3.3% in 2020.