SAP CEO Bill McDermott, who presided over dozens of acquisitions and the launch of what may be the biggest change to SAP's flagship product, has stepped down, making way for new leadership.

SAP marked the end of an era last week as CEO Bill McDermott announced his retirement from the company, and SAP named two new co-CEOs to lead it in a time where cloud and artificial intelligence are table stakes.

"This marks a generational shift both in terms of leadership and, as I see it, technology," said Doug Henschen, vice president and principal analyst at Constellation Research. "McDermott guided SAP into the cloud era heavily through acquisitions. With more recent SAP Cloud and Data Intelligence moves, the company seems to be more holistically embracing and focused on delivering cloud-based and data-driven applications that the next generation of SAP customers will demand." 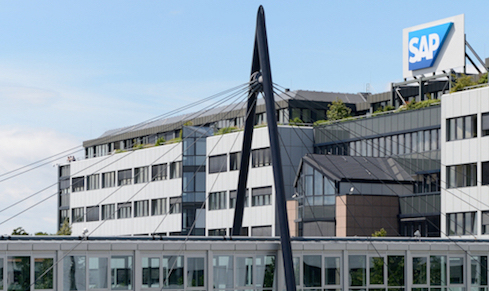 During McDermott's 10 years as CEO he presided over a series of acquisitions as SAP grappled with a changing market for enterprise software. Those purchases have included software-as-a-service human capital management provider SuccessFactors in 2011, supply chain and procurement management software provider Ariba in 2012, SaaS-based travel and expense management provider Concur Technologies in 2014, along with more than a dozen others.

McDermott also announced the launch in 2015 of SAP S/4 HANA, calling it "the biggest launch in 23 years, if not in the entire history of the company." The system included SAP's in-memory database, called HANA, and SAP's most recent suite of ERP software, S/4.

"Every CEO dreams of being able to transition a company to its next generation from a position of significant strength," said McDermott, in a prepared statement announcing his retirement. "When you look at where we were and where we are, I simply could not be prouder of what this company has achieved over the past decade."

Forrester Research VP and Principal Analyst Liz Herbert noted in a blog post that McDermott was popular with many customers who may see his departure as a disappointment, "particularly those who found his passion and enthusiasm and ambitious vision to be refreshing. Some view him as a key figure in SAP's own digital transformation from old-world ERP company toward becoming a next-gen software company that is AI-powered, cloud-based, and CX-oriented."

Yet, it wasn't always an easy decade. The last 10 years have been tumultuous ones for enterprise software companies. Traditionally, customers of these companies have needed multiple years to plan and deploy these massive on-premises software implementations. Yet in the age of cloud computing and digital native businesses, startups were ingesting customer data at the speed of the transactions themselves, and pivoting in real time.

Enterprise customers' appetites for big software projects, migrations, and upgrades have changed, too. Agile is in and waterfall is out, so customers may have been delaying big project migrations such as ERP.

Another caveat that comes with SAP S/4HANA is that the in-memory database and the suite of enterprise applications must be used together. Customers could no longer back their ERP applications with databases from third-party vendors.

While some customers have migrated to the new platform, including SAP itself, the scope of an enterprise application migration can be daunting in time and money. The new technology may be better, but it's a big investment and long-term commitment. An IDC survey sponsored by SAP, conducted with 300 SAP customers and published in June 2019, found that 9% had SAP S/4HANA in production, 18% were in the process of deploying the system, and another 73% had not begun to deploy it but said they were planning to do it.

The challenge for SAP's new co-CEOs will be working to increase those deployment numbers among existing customers and perhaps add new customers, too. Forrester's Herbert also said that while McDermott was popular with some customers, others "will view this change as refreshing due to issues they have faced and pin on McDermott at the helm related to value for the money, pricing policies including the indirect access issues, and a culture some deem as overly sales-oriented." 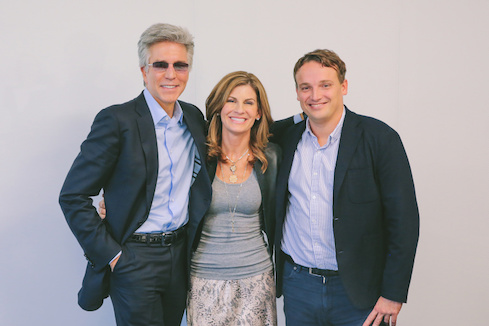 SAP named Executive Board Members Jennifer Morgan and Christian Klein as co-chief executives, effective immediately. Morgan joined the company in 2004 and most recently served as president of the Cloud Business Group, overseeing several of the company's SaaS businesses. She is based in the U.S. Klein began his career at SAP 20 years ago as a student and most recently served as SAP's chief operating officer while also overseeing product development for SAP S/4HANA. Both Morgan and Klein have been appointed to the Executive Board in the last two years and have been groomed for their new roles as co-CEOs.

Jessica Davis is a Senior Editor at InformationWeek. She covers enterprise IT leadership, careers, artificial intelligence, data and analytics, and enterprise software. She has spent a career covering the intersection of business and technology. Follow her on twitter: ... View Full Bio
We welcome your comments on this topic on our social media channels, or [contact us directly] with questions about the site.
Comment  |
Email This  |
Print  |
RSS
More Insights
Webcasts
Key technology trends in 2021 - Making these technologies work for your business
Nip Ransomware in the FUD: Detecting Attacks Pre-Encryption
More Webcasts
White Papers
Why Add Security to Your Skill Set and How to Do It
MontanaPBS Shifts to Agile Broadcasting with Help from Raritan KVM Solutions
More White Papers
Reports
Are We Cyber-Resilient? The Key Question Every Organization Must Answer
Assessing Cybersecurity Risk in Todays Enterprises
More Reports

CRM Trends 2021: How the Pandemic Altered Customer Behavior Forever Jessica Davis, Senior Editor, Enterprise Apps,  2/18/2021
White Papers
Why Add Security to Your Skill Set and How to Do It
The Infoblox Q4 2020 Cyberthreat Intelligence Report
Key Strategies for Managing New Risks in Cybersecurity
Protection Strategies for a Cyber-Resilient Organization
Are We Cyber-Resilient? The Key Question Every Organization Must Answer