Windows 10 for smartphones is essentially feature complete, says Microsoft, and will make its official debut with a new flagship phone soon.

Windows 10 Day is here for most, but not all, Microsoft devices. Desktops, laptops, and tablets all have access to the latest bits from Microsoft. The one major exception? Smartphones. Windows 10 Mobile for phones is almost ready, but needs a bit more time in the oven, says Microsoft.

Microsoft has been developing Windows 10 Mobile alongside the larger Windows 10 ecosystem, and for good reason. Microsoft claims Windows 10 and the mobile variation thereof will solve once and for all the app gap that has stymied Windows Phone since day one.

Android and iOS devices have five or six times as many apps available in their respective storefronts. Microsoft is confident Windows 10's universal apps will help plug the holes in its mobile offering.

Thanks to the shared codebase, developers can truly create apps that run on desktops, tablets, and smartphones.

"We have one common operating system for all the device types that we are making. Our strategic belief is, if we have a big audience of people, then developers will put apps in that store because there will be demand," said Microsoft executive Joe Belfiore in an interview with The Verge. Microsoft is not being shy about its ambitions. It firmly believes Windows 10 will surpass 1 billion installs worldwide.

Smartphones will help it do that -- once Windows 10 Mobile is ready. 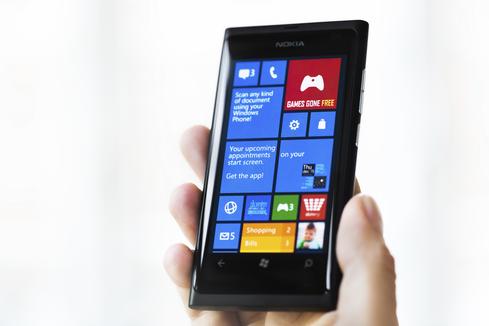 Microsoft has updated the Windows 10 Mobile Technical Preview fairly often, but it still remains somewhat buggy and unusable, even from a beta standpoint. Microsoft's Belfiore says all the tent poles are in place, however, and the major features are more or less intact.

The company expects to bring at least one flagship-quality device to the market before the end of the year. When prodded for more specific details on the timing, Microsoft said its new handset will appear after the IFA trade show, which is scheduled to run in early September.

That means Microsoft's first Windows 10 Mobile handsets won't appear until later in September, if not October.

[Read about the pros and cons of Windows 10.]

"The phone is significantly feature complete, but we'll continue to polish and tweak and iterate the things that still need to work," said Belfiore. "We'll put features in right up near the end. But in general, the broad feature set is set."

Continuum is the key.

Continuum adds support for a keyboard, mouse, and external monitor to Windows 10 Mobile. It allows handsets to function as full PCs when hooked up to the right set of accessories. Microsoft is clearly excited about the potential of this feature, which could become the default computing style for road warriors.

Windows 10 Mobile will be ready soon. I, for one, am excited to see if Microsoft's latest mobile platform will finally have what it needs to take on Android and iOS.

Eric is a freelance writer for InformationWeek specializing in mobile technologies. View Full Bio
We welcome your comments on this topic on our social media channels, or [contact us directly] with questions about the site.
Comment  |
Email This  |
Print  |
RSS
More Insights
Webcasts
What We Can Learn from Sports Analytics
Strategies for Success with Digital Transformation
More Webcasts
White Papers
Passwordless: The Future of Authentication
Ahead of the Curve: Accelerate Cyber Response with DNS Insights
More White Papers
Reports
Are Unprotected Cloud Databases Leaking Your Data?
IDC FutureScape: Worldwide Digital Transformation Predictions
More Reports

@Stratustician I agree with you. They always provide the best product to the market incorporating the latest technologies. Therefore people will not think twice to grab it.
Reply  |  Post Message  |  Messages List  |  Start a Board

Belfiore's prediction of surpassing a billion Win10 installs is beyond ambitious and borders into the realms of sci fi.  As evidenced by the dearth of demand for even a FREE Win10 upgrade on some existing Win7/8/8.1 platforms, personally, I don't see the expected demand ever happening, but then it's not up to me to burst Belfiore's ivory tower bubble.


That being said, I have yet to see a compelling reason to buy a Windows based smartphone primarily because the OS is so very bloated/buggy/insecure - and yet these drawbacks are touted as features.  Seems to me, Windows smartphones are for consumers who close their eyes to the inherent insecurities of the OS because they are either unwilling or unable to learn anything about their phones beyond the absolute basics.
Reply  |  Post Message  |  Messages List  |  Start a Board

If there's one thing I have always admired about Microsoft is that they have a unique way to do things.  Not only do they have a great platform which we will hopefully see even more improvement with as Windows 10 starts to replace older versions, but the fact that they are looking at integrating more functionality into Windows 10 for mobile has strong promise.

In the past, it was definitely a lack of apps that made Windows a less-than-ideal contender, but having the ability to add devices such as keyboards and the like with Windows 10 mobile, I can see several organizations revisiting Windows as a platform to better integrate BYOD with existing corporate assets like laptops and desktops.
Reply  |  Post Message  |  Messages List  |  Start a Board
Editors' Choice
Hot Topics