This ranking considers factors like mobile and broadband speed, quality of life and property affordability, as well as tech salaries, and you'll probably be surprised by which city was number one.

If you could live anywhere in the world, where would you go?

It's an intriguing question, and with technology companies opening offices all around the world, tech workers have good opportunities to find employment in more places than ever before.

So if you're a young (or old) tech professional eager to move to a new city, where should you move?

A new report from RS, an Australia-based distributor of electronics, automation and control, and other products, attempted to answer that question by analyzing 90 different cities around the world. The researchers analyzed 10 different characteristics likely to be of importance to IT professionals: average tech salary, quality of life, property affordability, gender pay gap in tech, commute time, electric car charging points, fixed broadband speed, mobile speed, cybersecurity commitment and ICT development. The company assigned each city a score based on each category, and then ranked them.

The fastest broadband speeds were in Lyon, France, while the worst were in Santiago, Chile. But for mobile speeds, Oslo, Norway, topped the list, while Prague in the Czech Republic came in last.

Tech workers always want to know where they will earn the most money, and, no surprise, San Francisco ranked number one, while last place went to Buenos Aires, Argentina. Of course, a great salary seems less great if you can't buy much with it, making housing prices a key consideration. The top spot for property affordability went to Detroit. San Francisco was down in 54th, and Hong Kong scored worst (although data wasn’t available for quite a few cities). For quality of life, Vienna, Austria, got the best score, and Wroclaw, Poland, ranked last.

RS also averaged the scores into an index that ranks the cities based on their overall attractiveness to tech workers. The following slides take a closer look at the top ten based on those overall scores. 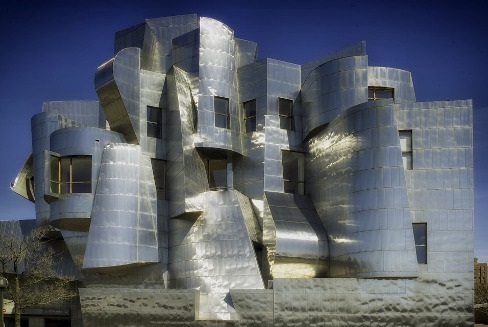 Minneapolis, Minnesota, ranked 10th on the list with an overall indexed score of 6.82. It earned kudos for its cybersecurity commitment (9.9), gender pay gap in tech (9.9), property affordability (9.53) and ICT development (8.3). It was 18th overall on the list of cities with the highest tech pay. However, it did less well in regards to electric car charging points (0.82), quality of life (3.94) and mobile speeds (4.41). Of course, another big drawback for Minneapolis is the weather — the average high is only in the 20s in the winter.

With an estimated population of more than 400,000 people and about 3.6 million in the greater Twin Cities area, Minneapolis is the 16th largest metro area in the United States. The median resident age is 32.0 years, and the median household income is $56,255. Major employers in the area include the University of Minnesota, 3M, Target, Park Nicollet Methodist Hospital, Thomson Reuters, Ameriprise Financial, and Best Buy. 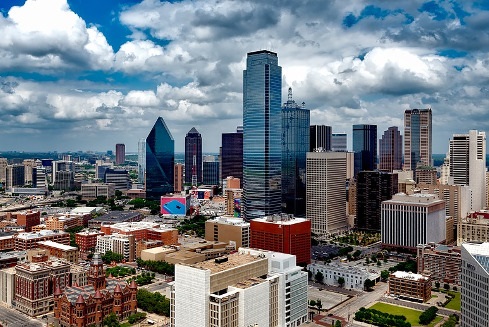 Dallas, Texas, achieved an indexed score of 6.86 on the RS list, good enough for ninth place. Like Minneapolis, it scored highly for cybersecurity commitment (9.9), gender pay gap in tech (9.9), property affordability (9.65) and ICT development (8.3). It was 16th overall for tech pay. It ranked poorly in fixed broadband speed (2.71) and quality of life (3.84). That quality of life score might again be due in part to the weather, as the average high temperature in the summer is in the high 90s, with an average morning humidity of 82%.

The population of Dallas is more than 1.3 million, and the Dallas-Ft. Worth region is the fourth largest metropolitan area in the United States. The median resident age is 32.7 years, and the median household income is $47,243. Major employers in Dallas and Ft. Worth include the local airport, Lockheed Martin, Parkland Hospital System and Texas Instruments.

More than 300,000 people live in St. Louis, and it is part of the 19th largest metropolitan area in the United States. Median age is 35.3 years, and median household income is $40,346. Leading employers include Anheuser-Busch, BJC Healthcare, Boeing, Mercy Healthcare, Panera Bread, Schnucks Markets and Scott Air Force Base. 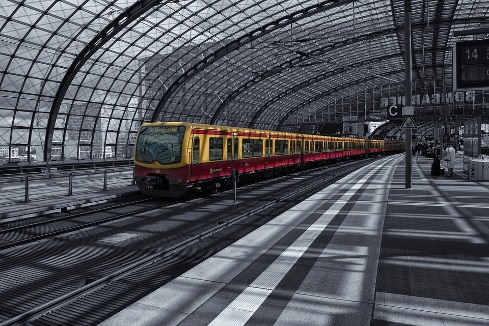 In seventh place, Berlin, Germany achieved an average score of 6.89. It scored well for ICT development (8.83), quality of life (8.79), and electric car charging points (8.23). It didn’t have particularly low scores in any of the categories, but its worst ratings were for mobile speed (4.22) and gender pay gap (4.66). It was also lower on the list for tech pay at 29th.

The capital of Germany, Berlin has 3.7 million residents, making it the second largest city in Europe and the largest in Germany. Compared to the American cities on the list, the population of Berlin is somewhat older with a media age of 42.7. Estimates of median household income vary widely depending on the source, so that is more difficult to pin down. Major employers in the area include Deutsche Bahn, Siemens, Daimler, Deutsche Telekom, Zalando and several regional healthcare providers.

Seattle makes a lot of the top 10 lists for places to work in tech, and this one is no exception. It achieved a 6.94 score, putting it in sixth place. Seattle scored exceptionally well for cybersecurity commitment (9.9), gender pay gap (9.9), property affordability (9.02) and average tech salary (8.81), and overall, it ranked third for tech pay. However, it received low marks for electric car charging points (1.96), and its mobile speed earned only a 4.41 score. And then there’s the rain. It gets 37 inches of precipitation per year with 147 days of rain. (By comparison, Dallas has none.)

Seattle’s population is around 700,000, and it is part of the 15th largest metro area in the country. The median resident’s age is 35.5 years, and the average household income is quite high at $83,476. Top employers include Microsoft, Amazon, Boeing, the University of Washington and Joint Base Lewis-McChord. 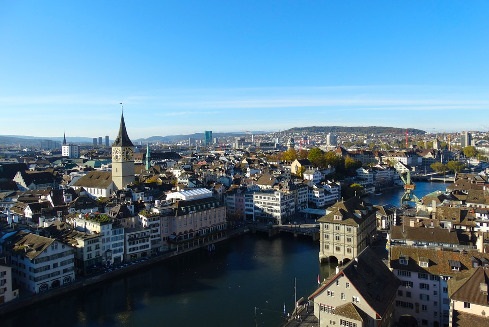 With a ranking of 6.96, Zurich, Switzerland, placed fifth on the list. It received an exceptional score for quality of life (9.9), which isn’t surprising, given that it has featured prominently on several lists of the best places in the world to live. It also scored well for ICT development (9.72) and tech pay (9.03), and it was second overall for tech pay (behind San Francisco). By contrast, it received a very low score for electric car charging points (0.65). Overall, it received a lot of sixes and sevens.

The largest city in Switzerland, Zurich is home to around 400,000 people with about 1.83 million in the local metro area. The median age of the population is 42.2. The median salary in the area is a very high $82,428 (although it should be noted that the cost of living is also very high). Large employers in the area include ABB, Migros, Barry Callebaut, Zurich Insurance and the local airport. Many financial services and multinational corporations also have facilities in the city.

Another Swiss city, Geneva, place fourth on the list with a score of 6.97 (just one hundredth better than Zurich’s). It scored well for ICT development (9.72), commute times (9.66) and quality of life (9.29), and among all the cities surveyed, it was ninth highest for tech pay. Like Zurich, it also got a low score for electric car charging points (0.65), but otherwise scored mostly sixes and sevens.

Just under 200,000 people make their home in Geneva with slightly fewer than 500,000 in the metro area. The median age was 44.1, and the salaries are similar to those in Zurich. Major employers in the area include Patek Philippe, Rolex and SGS.

Oslo, Norway, scored 7.06, good enough for third place on the list. It received its highest marks for mobile speed (10) and ICT development (9.04). For tech pay, it ranked 21st out of the 90 cities examined. Its lowest-ranked category was broadband speed (3.92), and it earned a lot of sevens across the board. As you might guess, the winters in Oslo are quite cold with average highs of 27 degrees.

Oslo is both the capital and the largest city in Norway with about 670,000 residents (1.7 million in the metro area). The median age is 39.2, and the average annual salary is about $42,000. Major employers in the city include Aker, Norsk Hydro and Orkla.

Somewhat surprisingly, the top-ranked U.S. city on the list isn’t one of the well-known tech hubs. Philadelphia, Pennsylvania, scored 7.19 for second place. It scored highly for cybersecurity commitment (9.9), gender pay gap in tech (9.9) and property affordability (9.47), and among all 90 cities studied, it was 13th highest for tech pay. It didn’t have any category scores below a four, but it’s two lowest categories were mobile speed (4.41) and commute time (4.66).

The population of Philadelphia exceeds 1.6 million, and it is part of the eighth largest metro area in the United States. The median age in the city is 34.1, and the median household income is $41,449. The largest employers in Philly include the University of Pennsylvania, Comcast, Thomas Jefferson University, Temple University, Trinity Health, Merck, Drexel University and the Vanguard Group. 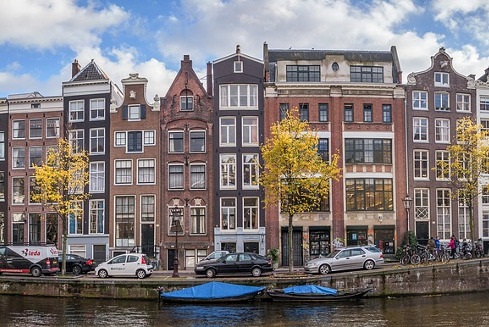 Overall, Amsterdam, Netherlands, ranked highest in the RS study with a score of 7.22. It scored well for electric car charging points (9.63), ICT development (9.09) and quality of life (8.89). Its only low score was for broadband speed (1.78). However, its tech pay was also not very impressive, coming in 40th out of the 90 cities analyzed.

The capital and biggest city in the Netherlands, Amsterdam has a population of about 850,000 with around 2.4 million in the metropolitan area. The median age was lower than most of the other European cities on the list at 37.5 years. Average salaries are about $55,000. Major employers include ING, Philips and Heineken.