Need an embedded system to whip up an IoT prototype? These six platforms make it easier than ever to get started with embedded programming.

Six Building Blocks for the Internet of Things 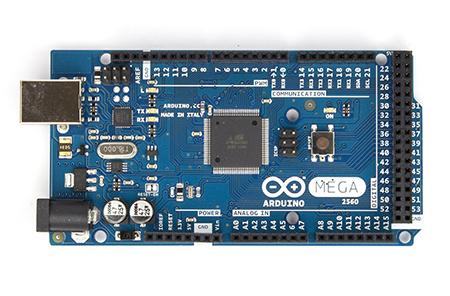 The "Internet of Things" is, in reality, the rise of embedded systems. Taking a small computer and embedding it in a formerly un-computerized object allows us to control the object, gather data from the object, and ultimately tie the object to other things through a network or the Internet.

Fortunately for engineers and product designers everywhere, it has become rather easy to find very capable small computers that can be rolled into an object to bring it into the Internet of Things. More to the point, it's become easy to find embedded systems that make use of the same operating systems and programming languages used in business servers and workstations.

It's difficult to overstate the importance of being able to use common operating systems and programming languages to develop prototypes and production systems for the Internet of Things. Embedded systems have been around for decades, but for most of their existence programmers have needed special software development environments to write code in unique languages (often, but not always, a variation on assembler for the processor sitting at the heart of the computer).

Now, there are various platforms on which people can develop prototypes for IoT applications. Some of these are the same platforms that will ultimately be used in a final product, while others will simply be the initial springboards from which to launch a product. Either way, the systems here will help a product development team get a project off the ground.

There's one more thing that really must be mentioned here: Any of these systems can also be a great way to teach people programming. Whether you're thinking about a system for teaching a young person how to code, or just looking for a way to sharpen some of your skills, you won't really go wrong tinkering with any of these embedded systems.

The real challenge to you is this: What do you want to build today? The embedded platform is no longer a good excuse for avoiding the dream project you've had locked in your head.

@Gigi3, while a part of me agrees that we're likely to run short of bandwidth, another part of me is convinced that we're building better bandwidth into our infrastructure at such a pace that it's likely to at least keep pace with the demand. I was talking with someone today who said that they're dropping twin CAT 6A cables to their 802.11n access point sites because they're planning to feed them with 10 Gig ethernet. That's a bunch of bandwidth.
Reply  |  Post Message  |  Messages List  |  Start a Board

@SaneIT, it may be that IoT data is what finally teaches the lesson on the huge difference between precision and accuracy. We're going to get a lot of information of dubious accuracy that's presented with a high level of precision. There will also be some very accurate data provided by sensors that are only somewhat accurate. The challenge is going to be designing management and presentation systems that are able to deal with both.
Reply  |  Post Message  |  Messages List  |  Start a Board

@tzubair, I think you've put your finger on something critical here -- IoT has to be able to assist us is making better decisions and responding more intelligently to our environment. If the technology doesn't do one of those things, then it's just a toy, no matter how bright and shiny it may be.
Reply  |  Post Message  |  Messages List  |  Start a Board

@Ashu001, do you think there's a straightforward solution to the problem of data blindness -- which I absolutely agree is a problem -- or is it one of those things that's going to be a problem that's intractable under the current avalanche of data?
Reply  |  Post Message  |  Messages List  |  Start a Board

@Ashu001, in some senses we're already seeing governments releasing a lot of information -- they just tend to be rather selective about which mountains they're willing to release into the wild.

When it comes to things like building control (and, even more strictly, wearable technology data) then I think a great deal will depend on just how the data is ultimately classified. If the data is classified as belonging to a building or being part of an anonymous, amorphous population, then it will be quite available. If, on the other hand, it's defined as "personal data," then people (and governments) will become much more tight-fisted about its release.
Reply  |  Post Message  |  Messages List  |  Start a Board

@Ashu001, you're absolutely right: Software automation was supposed to take care of many problems. The only thing is that software automation tools are very good at generating very mediocre code. So far, we've been able to write packages that can write code that's "good enough" for many situations. If you want truly optimized code, though, you need to have a creative human being behind the keyboard.

I think the best situation is going to be a partnership between humans and systems: Let the systems take care of weeding out most of the noise (or generating a decent framework from which to begin), then turn it over to someone who's skilled and creative to turn out the best solution in the least amount of time.

@SaneIT, "data blindness" sounds like one of those things that we should be covering a bit more intently. And you're right: I've also known lots of professionals who just ignore the flashing lights because they've become part of the environment.

Makes you wonder just how many blinking lights were ignored in the Chernobyl control room.
Reply  |  Post Message  |  Messages List  |  Start a Board

@SaneIT, I think one of the interesting areas of study is in just how that "outlier" data can be effectively presented. I saw a demonstration several years ago in which sound was used: If you represent the data as a tone, differences show up as a different "note". We can often hear, and respond to, that changed note much more easily than we would see a different number in a sea of tabular data (or even a spike on a graph).

Whether you're working in haptics or something else, the user interface piece of the puzzle is critical and changing very quickly.
Reply  |  Post Message  |  Messages List  |  Start a Board

And I think that one of the things that makes our community here a special place is the variety of experiences and points of view the members bring to the discussion. It's something I look forward to being part of every day.
Reply  |  Post Message  |  Messages List  |  Start a Board

@tzubair, for me one of the more exciting parts of what's going on is that experimenters -- amateurs, if you will -- can do all sorts of interesting things with these mountains of available data. I love the idea that people who don't know what's impossible can get to work and pleasantly surprise the enterprise world.
Reply  |  Post Message  |  Messages List  |  Start a Board
Page 1 / 4   >   >>
InformationWeek Is Getting an Upgrade!