Everybody loves to talk about a future filled with driverless cars, robots to tend to our every need, and artificial intelligence that can solve our problems. But does it all really matter for CIOs?

5 Soft Skills Every IT Pro Needs
(Click image for larger view and slideshow.)

Driverless cars, robots, and machine learning are all fascinating topics, but what do they really mean for CIOs today? That was the question posed by an audience member during a panel discussion about the impact of automation during the MIT Sloan CIO Symposium in Cambridge on Wednesday.

The short answer: Not so much right now. But if you're not thinking about these tech advancements for the future, you're going to hurt the long-term growth of your enterprise.

Professor Mary "Missy" Cummings, director of the Humans and Autonomy Lab (yes, that would be HAL) at Duke University, is researching human-unmanned vehicle interaction, human-autonomous system collaboration, human-robot interaction, human-systems engineering, and the ethical and social impact of technology.

Where robots, and automation solutions in general, excel right now is in handling tasks that rely on well-rehearsed skill execution and rule-following that require significant practice and memorization. For any tasks that require judgment and expertise based on human knowledge and the ability to consider what-if scenarios, automation falls short.

Cummings addressed the CIO's question directly: "If you have an area that's high in uncertainty and requires judgment based on experience over time, you're not going to automate that very soon." 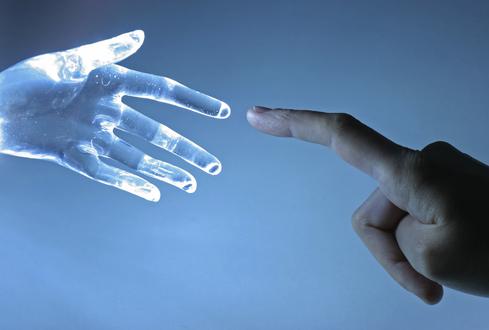 Should CIOs worry about AI?

These limitations come to life in experiments such as Google's driverless vehicle program. Cummings said, "I work with Google and I say your ultimate test is if [the vehicle] can come to Boston and drive, particularly in winter time."

Professor Daniela Rus, director of the Computer Science and Artificial Intelligence Laboratory at MIT, is researching distributed robotics, mobile computing, and programmable matter. During the panel discussion at the symposium, she said we should create flying cars, yet noted that the reality of artificial intelligence today is very different from our visions of the future.

For example, manufacturing industries where complex products are made, or where product designs change very rapidly, cannot benefit from automation, said Rus. While the car industry automates approximately 80% of its manufacturing tasks, makers of complex products such as airplanes or constantly changing products such as smartphones are limited in how they can use automation. "Every automation line requires special tooling, special configuration," she said. "This takes many years to create. If your product is going to change every three months, there's not going to be enough time to reconfigure tooling and factory plans."

In the future, Rus said, automation could be available on demand via voice commands. To make this possible, though, machines will have to be able to parse the English language to understand those voice commands, understand the behaviors requested, and connect to 3D printing or other rapid fabrication technologies. We have a long way to go.

"You can take today's robots and make them very effective at doing one thing. Take [the idea of a] robot to polish the case of a cellphone," said Rus. "In general, it's difficult for robots to do more than […] they were programmed for. They have [a] narrow scope of reasoning, [and] can't figure things out beyond what was programmed in the machine, and beyond what the body was designed to do. The way the body is made is really important in defining the tasks that the robot can be configured on. You need two things: The body of robot and the controls and algorithms in order to create the skills."

[What matters more: Technology or people? Read Technology Is A Human Endeavor.]

That's not to say progress isn't being made. Automated Insights is doing work that will strike fear into the hearts of journalists everywhere. The company's Wordsmith product has automated the writing of stories -- 1 billion of them to be exact -- for everything from fantasy football leagues to the Associated Press. 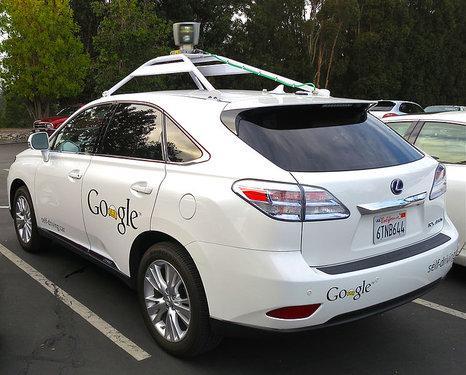 The company's founder and CEO Robbie Allen said his company is providing additive material, not taking away work from professional journalists. For example, the fantasy football stories are performance recaps customized to each participant's team standings, using data about their gameplay. "We went around and asked how many people would be interested in writing several million fantasy football recaps," said Allen. "We didn't get any takers."

Professor Tomaso Poggio, Director of the MIT Center for Biological and Computational Learning, said he's keeping an eye on Mobileye, a company that produces vision systems for cars whose clients include BMW and Audi. "Tesla will have the latest version of [the technology] this year that allows for semi-automous driving," said Poggio. "You won't have to touch the steering wheel. It's very impressive and the right approach to completely autonomous driving. Apple is starting a car project and working with Mobileye as well." (Editor's Note: Poggio is a director of Mobileye. The company contacted InformationWeek on Thursday and issued a press release stating that it is "not currently at work with Apple.")

So, even though automation, artificial intelligence, and robotics may seem like esoteric topics far from the IT frontlines, they're worth paying attention to. CIOs are increasingly being called upon to play a role in helping their CEOs and board members understand how technology will translate into their business results, and guide their roadmap for how technology will be used across the enterprise.

Jennifer Banner, CEO of real estate holding firm Shaad Companies, put it this way in a panel session about digital disruption: "If I could build the perfect CIO from the ground up, I'd want a CIO who could build a team to handle transformation projects, build a team for changing out legacy business systems, and handle strategy. That CIO needs to be sitting at right hand of CEO, educating the CEO and board, ringing the bell, educating. You need to come into the board room, put your fist down, tell us there's an alarm on, there's a completely different game that's in town -- and it's not coming from those names that are listed as your peer group. I want a CIO that can explain all that."

Susan Nunziata leads the site's content team and contributors to guide topics, direct strategies, and pursue new ideas, all in the interest of sharing practicable insights with our community.Nunziata was most recently Director of Editorial for EnterpriseEfficiency.com, a UBM ... View Full Bio
We welcome your comments on this topic on our social media channels, or [contact us directly] with questions about the site.
Comment  |
Email This  |
Print  |
RSS
More Insights
Webcasts
Fintech at SaaS speed: Navigating the scale & security challenge
4 Practical Tips for Building a Data Lake
More Webcasts
White Papers
4 Key Elements of an ML-Powered NGFW: How Machine Learning is Disrupting Security
2021 Digital Transformation Report
More White Papers
Reports
Why You're Wrong About Operationalizing AI
A Practical Guide to Enabling 5G Deployments
More Reports

@Angelfuego, @Jastroff--All seriousness aside, what I really want to do is get a driverless car, put my dog in the driver's seat & take off down the highway, then shoot video of the reactions of other drivers.

@shamika--absolutely not! the key is to balance out the needs of the day-to-day operation of the organization, the planning for realistic needs, and then the forward-thinking futuristic view of where your organization will be in 5,10,15 years. It's the rare person who can be good at all three of these things.
Reply  |  Post Message  |  Messages List  |  Start a Board

@shamika--good point. At the moment the cars drive rather slowly. One speaker at MIT described riding in the driverless car as being about exciting as riding the monorail between terminals in an airport. We have a long way to go.
Reply  |  Post Message  |  Messages List  |  Start a Board

@SachinEE: This is definitely one of those questions that depends entirely on what industry sector a company operates in. Though I do think that CIOs working for companies that were not considered to be "tech" companies, such as insurance, or banking, or retail, may have in years past been able to get away with not being ahead of the curve on new technologies. That has shifted in recent years, and no industry is safe from digital disruption. The general consensus from CIOs I spoke with during the MIT event was that digltal disruptiion is a very real concern across all industry sectors and they're feeling a tremendous pressure to stay ahead of the pack. As one IT leader there told me: "If we don't figure out how to use technology to improve our business, some upstart is going to come along and eat our lunch."

The disruption that Uber and Lyft have cuased the traditional taxi industry, and Airbnb has caused the hotel industry, has made everyone realize that there is no corporate sector that is immune to digital disruption at one point or another.
Reply  |  Post Message  |  Messages List  |  Start a Board

@jastroff: your question about insurance is a good one, and it did come up in the discussions at the MIT event. Apparently insurance and government regulations are considered to be two of the impediments facing driverless cars. That is an issue that is still to be worked out. The car has reportedly been driven a total of 1.7 million miles during the past six years, and for nearly a million of those miles the car was in self-driving mode, according to an article in Fortune. Yet, they've had only 11 accidents, all of which were found to be the fault of other drivers: http://fortune.com/2015/05/13/google-humans-to-blame-for-accidents-involving-self-driving-cars/

What i have not seen reported on is how those accidents, none of which were major or caused any serious injuries, were handled by the insurance companies of the drivers involved.
Reply  |  Post Message  |  Messages List  |  Start a Board

@Shamika--Your view was pretty well the POV of many of the speakers at the MIT event, that it's now the CIO's imperative to stay ahead of any technology learning curves, since every company today is effectively a digitla business.
Reply  |  Post Message  |  Messages List  |  Start a Board

Their statement says: "Mobileye N.V., the global leader in the design and development of camera-based Advanced Driver Assistance Systems, today announced that an article published in InformationWeek on May 20, 2015 quoted an industry expert and current director as stating that the company is commencing work with Apple on an autonomous driving project.  The company is not currently at work with Apple."

Notice anything missing there?