3 comments
Comment Now
The execs who have earned InformationWeek's Chief of the Year title are a diverse bunch. Here's a look at what 10 top CIOs are doing today. 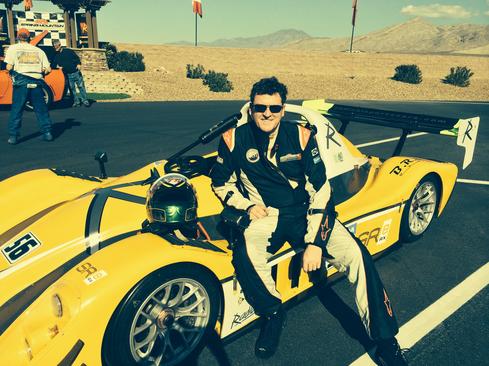 Denis O'Leary, our 1996 Chief of the Year, stepped out of the corporate fast lane in 2003 at the age of 46, having served in various executive IT, lab incubator, and banking roles during a rich 25-year career at J.P. Morgan Chase and various predecessor companies. After leaving JPMC, O'Leary went into private investing for four years, focusing on early-stage tech companies, and later became a senior adviser at Boston Consulting Group. Today, he's managing partner of Encore Financial Partners, a firm he co-founded in 2009 to acquire and manage US-based banking organizations. O'Leary also serves on the boards of Fiserv (financial industry processing and payments); Crowdstrike (endpoint security, intelligence, and consulting); and Hamilton State Bancorp (a community banking rollup). "I continue to feel we are in the earliest stages of societal transformation via technology," he says, "and the role of CIO is still the second-best job in most companies."

O'Leary also finds time to pursue his love of car racing. He races his Radical SR8 RX (which he calls a "poor man's LMP2") in multiple club and North American Racing Association events each year. All in all, he has competed in 75 races and earned 34 podium finishes to date.

PACCAR has done impressive work under Kyle Quinn's leadership, indeed. Quinn actually wasn't a chief of the year -- PACCAR was the No. 1 company in the InformationWeek annual ranking of IT innovators. By chance, we have an article today highlighting the work Quinn and the team did there, along with 4 other recent No. 1 companies:

No one has asked for a baker's dozen here, but I wanted to nominate an additional name, Kyle Quinn, CIO at Paccar, in addition to these fine selectees. He had to supply manufacturing systems to a new tupe of truck engine plant in Columbus, Ind., after coping with the deep recession of 2008-2009, while installing SmartNav and NavPlus navigation systems into the dashes of Peterbilt and Kenworth trucks. Some innovation required. And I believe he's still coming back for more at Paccar's Renton, Wash., headquarters.
Reply  |  Post Message  |  Messages List  |  Start a Board

It's interesting to see the diversity of paths and playbooks in this "where-are-they-now" collection. Mott, for instance, has relied again and again on centralized control of IT and centralized (enterprise data warehouse) analytics for insight into customers and efficient operations.

It's notable, too, that even super-well-run companies like P&G have to mix things up to dance to the tune of investors. How many companies are splitting up or spinning out bits and pieces because single-digit growth and profitability just aren't good enough? It's not just fast-changing technology that has everyone shifting; it's also ever-changing competition and evolving attitudes about sound corporate direction.

Fasten your seatbelts, CIOs and would-be CIOs. It's going to be a bumpy ride.
Reply  |  Post Message  |  Messages List  |  Start a Board
Editors' Choice
Hot Topics