IT leaders face a tornado of vendor news and business user demands relating to emerging technologies such as blockchain, AI, and augmented reality. Those leaders need to put those technologies and the business need in perspective.

More than ever, CIO's must partake in a treacherous balancing act when it comes to the adoption of emerging technologies. On one hand, the IT department is responsible for deploying technology that can create competitive advantage in their business vertical. On the other, CIO's must be realistic when it comes to being able to pull off successful deployments given budget and in-house skill set restraints. Finding the right harmony is the true key to success in today's ever increasing digitized business environment.

It's completely understandable when IT departments gravitate toward the "latest and greatest" in tech. IT vendors are constantly bombarding IP pros on the potential of the new hardware and software they have to offer. A recently released study by PointSource highlights the IT department’s bias toward adopting the leading edge. In the report, it shows that one quarter of the companies surveyed, will allocate more than 25% of 2018 IT budgets to be spent on leading-edge technologies including artificial intelligence, blockchain, and augmented reality. That's a significant percentage of businesses willing to gamble a sizable portion of their IT budget on what should be considered a long shot. 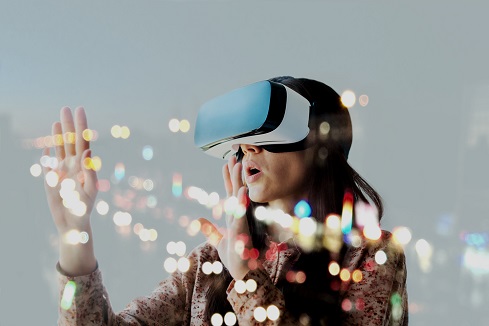 It's hard to say how many success stories will come out of those willing to be early adopters of emerging technologies. Yet, if history has anything to say about it, very few will actually meet their original expectations. So, if you feel bad sitting on the sidelines waiting to see how these technologies shake out, you shouldn't. In fact, this same PointSource survey shows that over half (53%) of respondents felt they weren't prepared to take on these types of emerging technology projects. While the potential is there, most are finding blockchain, AI, and augmented reality too risky to invest significant time and money in 2018.

Instead of jumping into emerging technologies with both feet as many businesses often do, it’s better to have a plan of attack. Last summer, Gartner published a report outlining technology adoption trends for enterprise organizations that included innovations such as AI and blockchain. At the heart of this piece, Gartner highlighted their "Hype Cycle" chart, listing the latest emerging technologies and how expectations change over time. The chart is a perfect illustration of when companies should avoid emerging technologies -- and when it may be worth the risk.

The key is to time the adoption of a new technology based on the criticality the business believes it has regarding either solving a major pain point or creating a competitive advantage. For some, the decision to green light an emerging technology project is going to be earlier in the cycle. For others, it's far better to wait until the technology plateaus and ultimately becomes “mainstream”. The key, however, is to perform your own hype cycle exercise to properly evaluate the potential risk and reward for each technology that piques your interest.

The situation boils down to the fact that more than ever before, CIO’s must have a solid grasp not only on emerging technologies, but how they can be applied to business goals in new and unique ways. It’s an incredibly difficult task, but it’s simply what needs to be done in today’s business environment.

Fortunately, the CIO doesn’t have to do and know everything. This is where they become the bridge between business and IT architects. The CIO should be the liaison between the two – effectively becoming the translator between two groups that understand differing parts of the business world. Yet, the decision to move forward on an emerging technology is ultimately left to the CIO.

Andrew has well over a decade of enterprise networking under his belt through his consulting practice, which specializes in enterprise network architectures and datacenter build-outs and prior experience at organizations such as State Farm Insurance, United Airlines and the ... View Full Bio
We welcome your comments on this topic on our social media channels, or [contact us directly] with questions about the site.
Comment  |
Email This  |
Print  |
RSS
More Insights
Webcasts
Bolstering Your Enterprise Cyber Risk Assessment
Monitoring Critical Cloud Workloads
More Webcasts
White Papers
The State of Malware Threats
The State of Zero-trust Security Strategies
More White Papers
Reports
2021 Application Security Statistics Report Vol.1
Gartner Market Guide for Insider Risk Management Solutions
More Reports