To boost its lackluster productivity and economic growth, Europe must loosen its regulatory hold on information and communication technologies. 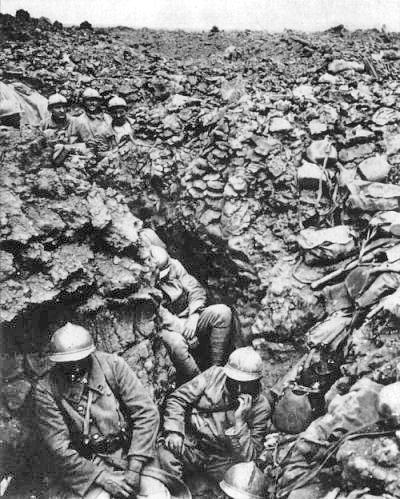 7 Surprising Technologies From World War I
(Click image for larger view and slideshow.)

Europe has a conflicted relationship with digital technology. On the one hand, its policymakers say they support the digital transformation of Europe. On the other hand, the controversial EU court ruling that people have a "right to be forgotten" -- along with calls to tax online companies, impose draconian privacy laws, and establish a "Europe-Only Cloud" -- make it seem as if European policymakers rue the day the Internet was invented, or at least that it was invented by the Americans.

An Internet wrapped in a straightjacket of regulation would only push Europe further back in its quest to catch up digitally with the US. Indeed, European economic growth over the past 20 years has been disappointing, but it would have been far worse without the Internet specifically and information and communication technologies (ICT) generally. Indeed, ICT adoption is the key driver of productivity growth, which in turn improves living standards.

Productivity growth is a particular challenge for Europe. The "productivity gap" between the US and Europe has nearly doubled in the past two decades, with European companies today producing just 79% of US output per hour, down from 89% in 1995. The EU's lagging productivity performance will only become more critical, given that by 2050 people 65 years or older will make up 28.7% of the population in the EU compared with only 20.2% in the US. This demographic reality will require some combination of greater economic growth, lower wages, and lower benefits to adjust for the loss of workers paying income taxes and increases in entitlement spending. Without accelerated productivity improvement, either European workers will make less or retirees will receive less in benefits.

[Innovation and efficiency abound in today's US automotive industry. CIOs, take note. Read What IT Can Learn From The Auto Industry.]

So why has Europe fallen behind the US? To a significant extent, it's because of greater ICT investment and utilization in the US across industries, not just in high-tech ones. EU companies must invest more in ICT (they spend just 70% of what US companies spend on ICT) and get more bang for their ICT Euro. This is where EU policy and its often-ambiguous relationship with ICT come in.

If Europe is to use ICT to close its productivity gap with the US, its policymakers must first give up their hope of matching the US in the production of ICT. That is, Europe must refocus its emphasis on ICT use rather than production. European policymakers have long tried to create the next Silicon Valley, as they're doing now with calls for a "European Cloud" industry. But policies that seek to limit access to best-in-class global ICT resources to protect and grow Europe's ICT industry are unlikely to do anything other than raise ICT costs and, by extension, discourage ICT adoption in the rest of the European economy.

Moreover, it's impossible for Europe's ICT industry alone to significantly raise the continent's productivity. Because Europe's ICT sector accounts for only about 7% of the European economy, a 1% increase in ICT industry productivity raises productivity in the broader economy by only one-thirteenth of 1%. Instead, policymakers should focus on increasing ICT capital investment in every corner of the European economy -- high and low tech -- to raise aggregate productivity and make all companies more competitive and all consumers more prosperous.

One key is to reduce undue regulations on ICTs and the businesses that produce and use them. The recent European Court ruling guaranteeing a "right to be forgotten," for example, will impose significant costs on search engine giant Google as well as smaller competitors. Likewise, European privacy regulations reduce the effectiveness of Internet advertising.

But it's not just ICT regulation that limits ICT investment; it's also regulation of the broader economy. Numerous studies have found that companies in Europe get less benefit from ICT investments because of labor market regulations and other restrictions. Likewise, European policies that favor small businesses over larger ones and the failure to create a truly EU-wide economy limit ICT-driven productivity because ICT investment thrives on scale.

As Europe slowly emerges from the economic crisis and regains jobs, fostering productivity growth will have to move to center stage. Broad-based ICT adoption provides a proven path to that goal. Europe has a long way to catch up with America, not in creating the next Google or Amazon, but in driving ICT-led productivity growth across all sectors. The good news is that smart policies can help Europe achieve that goal.

Robert Atkinson is president of the Information Technology and Innovation Foundation and co-author of the report "Are Robots Taking Our Jobs, or Making Them?" View Full Bio
We welcome your comments on this topic on our social media channels, or [contact us directly] with questions about the site.
Comment  |
Email This  |
Print  |
RSS
More Insights
Webcasts
How Elite Analyst Teams are Transforming Security with Cyber Reconnaissance
Strategies for Success with Digital Transformation
More Webcasts
White Papers
The 2020 Duo Security Trusted Access Report
Presenting Your Cloud Security Strategy to the Board
More White Papers
Reports
IDC FutureScape: Worldwide Digital Transformation Predictions
Annual Global State of the WAN
More Reports

There are some very thought-provoking points in this article,  Robert, and certainly the cultural differences that cause these policies to exist in the first place warrant a discussion as to what affect they will have on ICT and technology sectors in the long term. That being said, I'll second moarsauce123's point that I don't think  it's necessarily fair to label those differences as objectively worse based on criteria of our own choosing.  Maybe it would be a bit cliche to say each approach has it's drawbacks and benefits - maybe it's would be better to say that, like all governments, EU regulatory bodies are prone to contradicting themselves, making mistakes, and not fully understanding what they're regulating.

It is fair to say that stricter regulations make it a little harder for large companies to move around freely - indeed, that is their purpose. The reason those regulations exist is because the consumers (ie constituents) demanded them - what higher authority could there be for deciding what 'should' happen? The example of broadband and ISP markets that moarsauce brings up is exactly what came to my mind - where I live in the US, I have one option for a broadband ISP. period. And they're notorious for all kinds of malpractice and shady dealings. You could say that's good for their growth, sure - but is that really how the free market is supposed to work? I think we'd be remiss to not admit some things that Europe is doing better.

The right to be forgotten helps those who after sometimes minor infractions have that event in their digital record when the legal record is already wiped clean. Taxing companies is nothing new and done in the US as well, so why should it be different for companies that exist only online? The Europe-only cloud is a forced decision by the US administrations in form of the NSA spying. Stop spyng on our allies and US business is more likely to do business in Europe rather than lose lucrative contracts as Verizon just did in Germany. And how does Europe need to catch up to the US???? Europe has a much larger deployment of broadband access at higher speeds and lower prices than the US. These are incredibly opportunities for digital businesses that cannot be found in the US outside of metro areas. Not sure where you got the productivity gap from, last time I checked Europe generates more revenue per Dollar/Euro spent than the US does. Worker productivity is much higher across Europe than the US, despite European workers having more time off...or especially because of that. Workoholism is bad for the economy. Yes, ICT spending is lower in Europe...because the infrastructure is already in place and Europe has more competition among telco service providers which drives costs down and thus does not require the excessive expenses that US corporations need to pay for Internet and phone. Just because the US spends more does not mean they get more service or value from it. And yes, the portion of tech industry of the entire economy in Europe is smaller than in the US, but R&D and manufacturing is higher as well as other areas. That is called diversifying and generally a good thing.

The only thing that is better in the US is the corporate climate. Barely any regulation, freedome to incorprate in tax havens and make plenty of revenue in the US, barely any restrictions, a merger friendly administration, almost no oversight, large barriers of entry for foreign providers, and overall little competition in the national telco market. So if you are a US telco/tech company the US is better for your short term goals and bottom line. If you are a consumer or business in need of telco / tech services you are better off in Europe.

To boost economy and technology evolution, for sure we need to a healthy environment without too many regulations. It's the same thing for a developer. If the developer is assigned a PC with very strict development environment with over-covering security measures, etc.  how can we expect the productivity?
Reply  |  Post Message  |  Messages List  |  Start a Board
Editors' Choice
Hot Topics