Disgruntled employees can cause a lot of damage. Here's how to recognize when there's an issue and act before it becomes a problem. 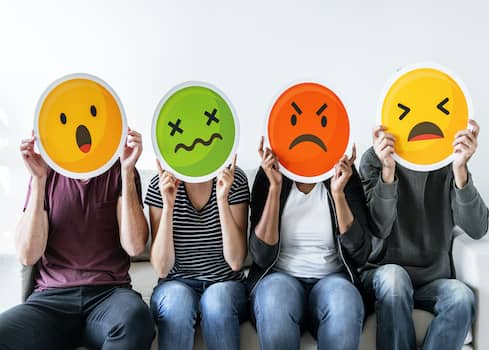 The Merriam-Webster Dictionary defines "disgruntled" as "unhappy and annoyed," but anyone managing a business or an IT department understands that there are degrees of unhappiness and annoyance and a spectrum of employee disgruntlement that can range from mildly annoying to toxic and dangerous.

Here are four examples of disgruntled employees who can disrupt the work in a project or in a department.

1. The employee is failing

A card services supervisor was tasked with reconciling credit card debits and credits, but she didn't know how to do it, even though her job description required it. In an ideal world, the supervisor should have told her manager the truth. But all too often, employees fearful of failing or even more fearful of losing their jobs, don't come forward.

Instead, the employee performed other duties of her job but never did the reconciliations. By the time the missing entries were discovered by an outside auditor, the company had lost $600,000. Upper management and the board had to get involved. The supervisor was fired, and her manager was demoted. The episode hurt the morale of the entire department.

The issue could've been addressed earlier if the manager had noticed it. In this case, the manager was overburdened herself and likely assumed that her right-hand person, this supervisor, knew the job. The following things should have happened:

Dictionary.com defines "prima donna" as either as "a first or principal female singer of an opera company," or as "a temperamental person; a person who takes adulation and privileged treatment as a right and reacts with petulance to criticism or inconvenience." As a former IT manager and CIO, I can attest that males as well as females can be prima donnas, and that although we usually don't sing opera in IT, we still have our dramas and our prima donnas.

I have managed many prima donnas. Normally they have come in the form of highly skilled technical personnel who have unique niches that are very important and potentially irreplaceable in IT (e.g., system programmer, application guru, DBA, etc.).

I once managed a project where we had a CICS programmer who was extremely skilled at what he did and in demand for all of the projects we were working for a software house. I found myself competing with every other project manager for the services of this individual, a reigning "King" of CICS who could determine which projects he worked on, and on what terms.

Like the other project managers, I checked with this person daily to see if he had time to work on my project. After getting no definite answers, I soon began to see project timelines slip, and with them, my team’s morale. I decided to do the "unthinkable." I hired a junior CICS person who was eager for the opportunity to work on my project. The work got done more slowly, but it got done, Most importantly, we met our project deadline.

I learned the following two things from this experience:

3. The employee demonstrates a sudden change of behavior

Several years ago, a fellow CIO acquaintance recounted a story about a star performer who suddenly didn't care about his work anymore. The employee began calling in sick two or three times a week. At times, he’d come to the job in the morning, but he didn't seem to get much done.

This CIO managed an IT department of over 600 people, so it was the employee’s immediate manager who brought the issue to the CIO’s attention.

The first move was to take the employee out to lunch and away from campus. This was to ensure a private conversation about this recent falloff of performance on the job. It was at that lunch that the employee broke down. He acknowledged that his wife had left him and there would likely be a divorce. The company gave him a leave of absence, told him how much he was appreciated, and not to worry about anything at work. The employee consented to getting HR involved so he would have access to the employee assistance that he needed. It took three months for this individual to put his life together, but he did -- and once again, the company saw the stellar performance that it had been used to seeing.

This was a situation where the employee’s manager did everything right.

4. The employee tries to sabotage the company

In a blog post titled Tech Horror Stories, Snap Tech CEO Karl Bickmore tells a real life story about an employee who is disgruntled with his company and plans to leave it -- but not without a last minute misdeed.

The employee "hasn’t been happy for a while, and he wants to cause some chaos before he leaves."

He sneaks into his boss’s office and discovers a spreadsheet of year-end bonuses she plans to distribute to select employees. He then anonymizes himself by creating a new Gmail account. He finds the email addresses of all of the employees he can and sends out the list of names with bonuses received. Employees start quitting. They’re angry because they feel they were overlooked or short-changed. Meanwhile, the disgruntled employee moves on -- long before the company can piece together what happened.

In this case, the following things should have been considered.

How CIO Roles Will Change: The Future of Work
How to Retain Your IT Talent
3 Ways CIOs Can Enable Innovation Within a Hybrid Workforce

Mary E. Shacklett is an internationally recognized technology commentator and President of Transworld Data, a marketing and technology services firm. Prior to founding her own company, she was Vice President of Product Research and Software Development for Summit Information ... View Full Bio
We welcome your comments on this topic on our social media channels, or [contact us directly] with questions about the site.
Comment  |
Email This  |
Print  |
RSS
More Insights
Webcasts
Open-Source Software Supply Chain Security and Management
Firewalls 101
More Webcasts
White Papers
AUTOMATE IT eBook
Going Beyond IT | IT Service Management for the Enterprise
More White Papers
Reports
2022 State of ITOps and SecOps
2022 IT Salary Survey
More Reports

Seeking a Competitive Edge vs. Chasing Savings in the Cloud Joao-Pierre S. Ruth, Senior Writer,  7/19/2021
White Papers
The Essential Guide to Secure Web Gateway
Enable and Protect Your Remote Workforce
Enterprise Service Management Playbook
Going Beyond IT | IT Service Management for the Enterprise
Fiber Cleanliness in the Data Center -- The Impact of Contamination