Adobe, Apple, Google, and Intel reportedly close to settling a lawsuit over agreements not to recruit each other's employees. Tech pros could benefit from more open market.

Adobe, Apple, Google, and Intel are scheduled to defend their behavior in a courtroom next month against allegations that they conspired to avoid hiring each other's employees, thereby hindering the careers and salaries of affected workers.

The lawsuit against the companies -- a combination of several separate claims filed in 2011 -- seeks as much as $3 billion in lost wages and damages. If a jury finds the companies willfully violated antitrust law, the penalty could be tripled to $9 billion.

According to The New York Times, talks to settle the case have accelerated as the trial date next month draws near.

Three other companies involved in the case, Pixar, Lucasfilm, and Intuit, last year proposed to settle claims against them. Pixar and Lucasfilm agreed to pay $9 million between them and Intuit agreed to pay $11 million. This $20 million settlement package will be reviewed by the court in May for possible approval. 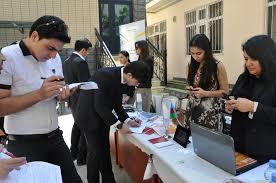 A report published earlier this month by Pando Daily indicates that dozens of other companies were aware of, or participated in, agreements not to hire each other's employees.

The case presents a public relations problem for many of the companies involved because email between various executives paints them in an unflattering light. For example, messages introduced into evidence indicate that the late Steve Jobs, when he was CEO of Apple in 2007, asked Eric Schmidt, then CEO of Google, to restrain its recruiters after one contacted an Apple employee. Google then terminated the recruiter to make an example of the individual. When informed that the Google employee had been fired, Jobs forwarded the note to Apple's head of human resources with a smiley-face emoticon.

In another message, Schmidt asks to take the no-hire discussion offline because "I don’t want to create a paper trail over which we can be sued later."

Dan Eaton, a partner at Seltzer Caplan McMahon Vitek in San Diego and an instructor in the management department of the San Diego State University College of Business Administration, said in a phone interview that Silicon Valley may be about to experience its own version of Star Wars, in which corporate recruiters seek to woo star talent from competitors.

"If before there was this peace in the form of these bilateral agreements... now you're going to have at least potentially a free-for-all where everyone's employees are fair game for everyone else," said Eaton.

At the very least, Eaton added, we shouldn't see recruiters being terminated for reaching out to employees at competing companies.

Eaton is skeptical that the settlement talks are being driven by fear of further revelations because so much has already been made public. Rather, he argued, the companies are more likely to be motivated by concerns about damages and legal precedent.

"There's potential for a significant verdict against the companies," Eaton said, noting that the plaintiffs are seeking billions of dollars. "There's also the risk that bad law could be made against the industry, in terms of no-solicitation clauses."

If the case settles, there will be no appellate court ruling that could be used as a precedent if similar situations arise in the future, said Eaton. The law in this area, with some exceptions, is not very clear, he said, and it may be in Silicon Valley's interest to preserve that lack of clarity.

Nonetheless, Eaton said he believes the lawsuit has already changed the way Silicon Valley handles the hiring and solicitation of employees and that the ripples from the case hiring beyond California.

"This is not limited to Silicon Valley," Eaton added. "This phenomenon potentially appears in any industry where there is a concentration of intertwining executives and a relatively small number of major players."

Thomas Claburn has been writing about business and technology since 1996, for publications such as New Architect, PC Computing, InformationWeek, Salon, Wired, and Ziff Davis Smart Business. Before that, he worked in film and television, having earned a not particularly useful ... View Full Bio
We welcome your comments on this topic on our social media channels, or [contact us directly] with questions about the site.
Comment  |
Email This  |
Print  |
RSS
More Insights
Webcasts
Unifying Your Endpoint Security Strategy
Leveraging Infrastructure as Code to Streamline Security & Operations
More Webcasts
White Papers
Gorilla Guide Extended Detection and Response
How to Build Your Incident Response Plan
More White Papers
Reports
CVE Weaponization Report
Why You're Wrong About Operationalizing AI
More Reports

Note to Eric Schmidt: when trying to avoid a paper trail, best not to write an email stating "I don't want to create a paper trail over which we can be sued later" before taking the conversation offline.
Reply  |  Post Message  |  Messages List  |  Start a Board

We may not learn the full details of this no-poaching arrangement if the cases settles, as is now expected, which is too bad. Recruiter 'arrangements,' on and off the books, to prevent poaching are ususally bad news for employees and I think they happen far more often than we realize, not just in tech or IT.
Reply  |  Post Message  |  Messages List  |  Start a Board

The allegations remind of the collusion in Major League Baseball in the mid-'80s, whereby owners agreed privately to rein in their spending on free agents, sign them to shorter contraxts -- or not sign them at all. The owners didn't get away with it (they ended up settling). But some big name players still lost out on some serious money.
Reply  |  Post Message  |  Messages List  |  Start a Board

Exposing and ending the practice would be an upside, no?
Reply  |  Post Message  |  Messages List  |  Start a Board

Yes, @asksqn, I've always thought it's much better for a litigant to avoid getting forced into a class action lawsuit. Sure, the primary attorney loves the idea; s/he gets the 40%, 50% or whatever of the total settlement. But all plaintiffs share in the (vastly diminishing) pot of money on the other side of that share, a share that attorneys are anxious to bolster in order to make their class action suit more imposing (and profitable).
Reply  |  Post Message  |  Messages List  |  Start a Board

>I was under the impression that high-demand employees moved pretty freely among the big Silicon Valley companies.

Actually, employees in California have some of the strongest protection against labor mobility limits, such as non-compete clauses. Massachusetts and Texas are moving in that direction. That's one of the reasons the companies involved are facing massive damage claims.
Reply  |  Post Message  |  Messages List  |  Start a Board
InformationWeek Is Getting an Upgrade!