8 Germ Hotspots In The Office - InformationWeek 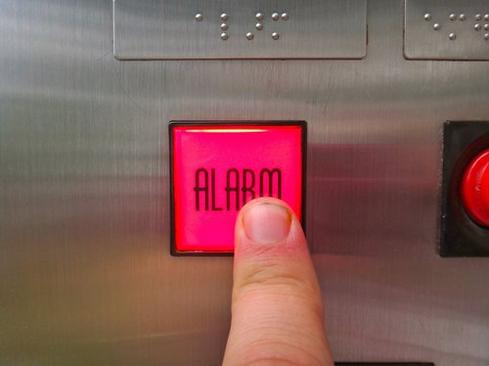 @RobertH590    That really exists ?   Cool idea. I wonder how many get offended when you are wearing them around the office ? :/

Thanks for all the reminders of just how germ infested our World is - As a result , it won't be long until the "Elbow bump" becomes a common form of greeting.
Reply  |  Post Message  |  Messages List  |  Start a Board

@RobertH590- I think they sound great in theory, but don't they suffer from the same problem that has come back to haunt the folks treating the Ebola patient in Dallas? they think they were contaminated because it was hard to take the protective gear off without contaminating yourself.
Reply  |  Post Message  |  Messages List  |  Start a Board

I am glad I found out about germ resistant fingertip covers!  Accu-Text Smart Touch
Reply  |  Post Message  |  Messages List  |  Start a Board

@Tom- that one doesn't scare me, because my keyboard has MY germs on it. And I seldom share keyboards with people. That said, if you still have an office that requires visitors to sign in with a keyboard at a terminal, that would definitely be a hot spot.
Reply  |  Post Message  |  Messages List  |  Start a Board

@David - hahahaha :)  You're welcome.  I was going to add a "Gag me with a spoon - totally" but I hit Post with my trigger finger.

It's interesting but I can't think of one office I've visited lately where the bathrooms weren't locked.  I long for the old days where one could roam free into bathrooms across the land without being stopped by the Gestapo.

I live in LA, so most bathrooms in office buildings here are in unmonitored hallways so I'm sure it is a security measure against peeping toms and homeless people.

And not to gross you out further but the dentist keys that are attached to toothbrushes for the cute factor REALLY takes the cake.  I know someone at some point has used or done something nasty with that thing!
Reply  |  Post Message  |  Messages List  |  Start a Board

@vnewman2- Ugh...I am trying to figure out whether to thank you for bringing up a good example or yell at you for grossing me out. :)

I've decided to thank you for reviving "grody to the max." God bless the 80's.

One really questions once you bring this up, why a respectable company or doctor would feel a need to lock the visitor's bathroom to begin with. What do they think we're going to do in there that we wouldn't do after asking for the key?

Keys in general are probably among the dirtiest things we interact with. Like money they are something we touch with our hand and never get cleaned. And in certain settings they are touched by multiple people. The only thing that is vaguely saving them is that they problem aren't a great envirnment for germs to live on long term. They probably don't get much food for the germs and because they are metal, they have variable temperatures. That said, I think I'm going to go throw my keys in the dishwasher. :)
Reply  |  Post Message  |  Messages List  |  Start a Board


The one that always creeps me out is the dreaded "visitor bathroom key" the receptionist gives you when you are visiting a client, interviewing at a new firm or even at the dentist's office! Heaven only knows where people set that thing down when they walk in the bathroom and you know no one ever cleans it. Grody to the max.
Reply  |  Post Message  |  Messages List  |  Start a Board
<<   <   Page 2 / 2
Editors' Choice
Hot Topics