Mobile apps created by federal agencies will help you track NASA missions, travel smoothly and even get tax advice. Check out our latest guide to apps from Uncle Sam. 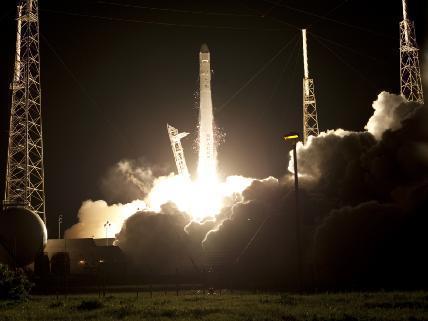 The government's expanding collection includes business, travel, reference, news and health and fitness apps. The number of apps available at Apps.usa.gov will keep growing as federal agencies comply with the White House's nine-month-old Digital Government Strategy, which requires them to optimize at least two customer-facing services for mobile use by May.

The apps released so far run the gamut from those that are highly specialized, such as one from the Department of Housing and Urban Development that estimates "fair market rents," to the Center for Disease Control and Prevention's flu-tracking FluView app. Some are educational and even quirky, such as the Smithsonian Institution's Meanderthal app, which lets users convert photos of themselves into Neanderthal-like images.

Not all of the mobile apps are available for all devices. Some run on iPhones or iPads, others on Androids or BlackBerrys. Still others, such as the Aids.gov app, are platform independent, providing access to mobile versions of government websites. Users can rate the apps using a five-star rating system.

Apps.usa.gov organizes the choices by platform and subject categories. The greatest number, 108, are reference apps. One example is a mobile version of the Government Printing Office's "Plum Book," a listing of hundreds of government jobs that are filled by presidential appointment.

A navigational tab on the portal makes it easy to see which apps have been most recently uploaded to the site. As of March 1, the newest are QuitPal, an app from the National Cancer Institute to help smokers kick the habit, and an iPad game from the Centers for Disease Control and Prevention called Solve The Outbreak.

Some of the apps have a narrow focus; for instance, the American Battle Monument Commission's Pointe du Hoc app, which functions as a guide to the World World II landing site in France, is mainly useful to people traveling to Normandy. Others have broad appeal. For example, the NASA App provides information and thousands of images on space missions, such as SpaceX's resupply trip to the International Space Station (pictured here).

In this visual guide, we highlight 10 mobile apps from the U.S. government that should be useful to many on-the-go Americans. Image credit: NASA

Information Week only had one important New Year's Resolution this year. '"No Slide Show Articles with out a prominent 'View-as-one-page' link." How's that working out for you so far?
Reply  |  Post Message  |  Messages List  |  Start a Board

There are definitely some must-have apps in this listing. Every parent should have the FBI's Child ID app. And having lived through Hurricane Sandy this year, the FEMA app looks invaluable. The other one I think I will download onto my iPhone is the Red Cross's First Aid app, which could be a life saver.
Reply  |  Post Message  |  Messages List  |  Start a Board
Editors' Choice
Hot Topics