Patents filed by Apple suggest the company is working on a bevy of new features for the iPhone 7's camera, such as dual-shooting modes.

Apple is not expected to announce the next-generation iPhone until September, but that hasn't slowed down speculation about the device. The latest report says Apple is toying with advanced camera functionality that could make the iPhone 7, as it is being called, a photographer's dream.

The first big feature headed to the smartphone could be optical zoom. Nearly all smartphones offer some sort of zooming, but it is generally accomplished digitally via software. The end result is a close-up that has fewer pixels than the image would be at full frame. Optical zoom would negate the loss of pixels and feasibly offer sharper close-ups.

How is Apple going to add optical zoom to the iPhone 7? Dual cameras.

A patent application recently published by the company, spotted by Patently Apple, describes a manner of placing two separate camera modules behind the lens at different focal lengths and devising a way to allow each to use the lens on its own in standard and telephoto configurations. Think of it as a camera within a camera. What's not clear is if the second lens would offer fine-tuned zooming, or simply switch to 2x, 5x, or 10x levels of zoom. 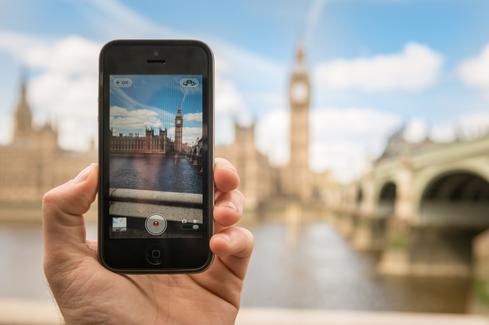 Perhaps more interestingly, the patent goes on to talk about ways in which the iPhone might use both these camera modules at the same time to allow for more creative imaging and video capture.

To be clear, the iPhone is already able to capture still images when recording video. The resulting image, however, is not as pixel-rich as it would be when the camera is being used normally. The new technique would allow both sensors to capture their full resolution at the same time.

[Find out more about the Night Shift feature in iOS 9.3.]

The final feature made possible by this dual-camera combination is the ability to capture standard-speed and slow-motion video simultaneously.

The iPhone today is able to capture video at either standard or slow-motion speeds, but not both at the same time. Users generally have to choose to capture slow-motion ahead of time. That means there is some expectation that slow-motion footage would be preferable to standard footage. Offering a dual-capture mode could open the door for more creative final results.

How likely are these features to be added to the next-generation iPhone? The company did purchase a company called LinX in 2015. What does LinX do? It makes multi-lens camera systems and depth-gauging technology.

As always, it is worth noting that Apple regularly files patents that are never found in consumer-facing products.

Eric is a freelance writer for InformationWeek specializing in mobile technologies. View Full Bio
We welcome your comments on this topic on our social media channels, or [contact us directly] with questions about the site.
Comment  |
Email This  |
Print  |
RSS
More Insights
Webcasts
The Failures of Static DLP and How to Protect Against Tomorrow's Email Breaches
Strategies for Success with Digital Transformation
More Webcasts
White Papers
Two-Factor Evaluation Guide
Passwordless: The Future of Authentication
More White Papers
Reports
2020: Threats in Review
The Malware Threat Landscape
More Reports