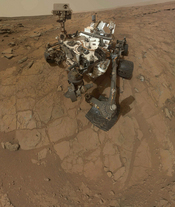 Negotiated by the Federal Communications Commission (FCC) and Industry Canada, the spectrum agreements are expected to advance wireless services in three ways: They will permit greater wireless broadband deployment in the border region, enhance air-to-ground communications for general aviation, and improve spectrum use for specialized mobile radio services. The agreements went into effect on Aug. 20 and are subject to renegotiation over time.

Businesses, especially those providing broadband wireless services or those with software products reliant on such services, will be the most interested in the first of the three agreements. The fixed services agreement makes it easier to deploy such services in the border region and allows licensed firms to offer a range of related products and services, such as backhaul for mobile broadband networks, high-speed wireless local area networks and broadband Internet access over high-bandwidth point-to-point links. The agreement covers sharing and coordination of spectrum in the 71-76 gigahertz, 81-86 GHz and 94.1-95 GHz bands by both countries.

[ Are friendlier skies in store for devices? Read FCC To Boost Wi-Fi On Planes. ]

Acting FCC chairwoman Mignon Clyburn said in a statement that the new spectrum sharing arrangements will help pave the way for improved wireless broadband deployment along the border for consumers and businesses.

She added, "The arrangements are also crucial to maximizing interference protection for commercial licenses operating along our common border with Canada, and will also promote more efficient use of spectrum."

The other two agreements cover areas that are more specialized: Commercial aviation and business and industrial radio services. Both of these areas will be of interest to communications equipment and software manufacturers looking for new markets to expand into.

The statement of intent for air-to-ground services creates a nationwide digital system to share and coordinate spectrum to help operate general aviation air-to-ground services. It outlines rules for spectrum sharing when operations are located within certain distances -- approximately 304 to 360 miles -- of the common border. The rule specifically covers air-to-ground and fixed services in the 454.6625-454.9875 megahertz and 459.6625-459.9875 MHz bands.

The final agreement, known as Arrangement U, covers specialized mobile radio services and business and industrial radio services used mainly for voice communications operating in the 896901 and 935-940 MHz bands. It details how such services operating within 100 miles of the common border are shared and coordinated. The arrangement also simplifies the criteria for allowing secondary users in the band to enable more efficient spectrum use while protecting primary users.

The arrangements were reached as a result of a collaborative effort by the FCC, the State Department, the National Telecommunications, and Information Administration and Industry Canada, said Clyburn.