HP has laid out a great vision, but it faces a tough task to make "The Machine" a reality, analyst and former HP exec says.
10 More Powerful Facts About Big Data
(Click image for larger view and slideshow.)

Even the name sounds awesome: The Machine.

It's not a movie coming soon to a theater near you. Rather, it's an ambitious framework for the future of computing recently announced by HP -- one that is not coming to an office or datacenter near you anytime soon, at least not in the exact form HP has laid out. The company said its timeline for The Machine runs through 2020, but even that might be aggressive. In the meantime, The Machine makes for compelling discussion. HP, for its part, is saying the right things, according to Forrester VP and principal analyst Richard Fichera.

"The guiding principles they're talking about are all wonderful," Fichera, who served as director of BladeSystem strategy at HP from 2006 to 2010, said in an interview. There's a catch, though: The Machine, no matter how good it sounds, faces a long road to becoming everyday reality. "This is all great stuff. However, not much of it is really under [HP's] control."

Fichera gave high marks for the ideas behind The Machine and its attempt to address rapidly growing data and the demands it will place on IT departments, datacenters, networks, and other infrastructure. Nor is the marketplace need for such innovation absent.

[It's all about speed. Read IT Innovation At Full Speed: InformationWeek Video.]

"The things they're talking about are indeed the right kind of things to be thinking about for building massively, orders-of-magnitude more scalable systems than we have today -- and there's a legitimate demand for it," Fichera said. He offered, as an example, conversations he's had with IT pros at financial services firms, who say they have a pipeline of business application requests that will require processing power of two-to-three decimal orders of magnitude more than they can afford today: "The demand is there, the vision is the right vision."

That said, a host of challenges create a pretty wide gap between vision and execution, according to Fichera. This becomes more apparent when looking at HP's four key components of The Machine: memristors, system on a chip (SOC), photonics, and operating system.

Memristors, for instance, aren't new in the research-and-development world. While the concept behind them is on target, Fichera noted that they're still a long way from commercialization and they face competition from other technologies. 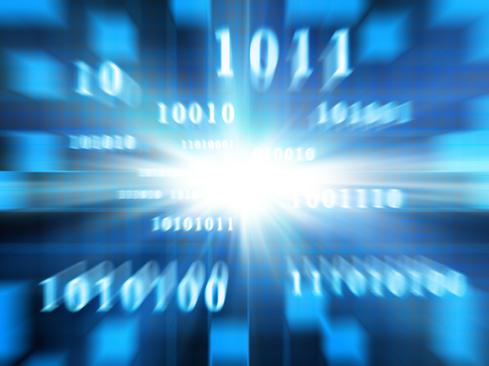 Meanwhile, he continued, "[SOC is] another great idea, but one that HP's probably not going to do by themselves. They have some influence because they're one of the world's largest purchasers of processors." HP's Moonshot microservers, for instance, are "really good technology," according to Fichera, but they rely on microprocessors and SOC technology from other firms. Expect Intel, AMD, and others to be factors on the SOC front. "HP is not building the SOC processor and SOCs anymore -- not for a long time," Fichera said. "HP will bring some design expertise to build servers using SOC parts, but so will everyone else in the business -- everyone's looking at this."

On the photonics front, Fichera said HP has done a lot of good research and owns an impressive patent portfolio. Yet the implementation as envisioned for The Machine isn't entirely in HP's hands. "The level they're talking about -- eliminating copper wires, especially inside the system enclosure -- is, again, going to be driven probably by Intel because

I kinda like "The Machine" - it's appealing in a throwback way. I'm actually surprised we don't hear a lot more about Moonshot. It really is good tech.
Reply  |  Post Message  |  Messages List  |  Start a Board

"The Machine": I can't believe this is the code name. This would not happen at Intel or Google.

Memristors: Where are HP's rivals with this?
Reply  |  Post Message  |  Messages List  |  Start a Board
InformationWeek Is Getting an Upgrade!