PC Market Still Declining, But Not As Sharply - InformationWeek

IDC and Gartner have released new numbers for the global PC market that show a decline in the third quarter of 2016, but one not as sharp as those of the past two years.

The global PC market continues to struggle, but there are signs of stability following two years of declines, according to new numbers from IDC and Gartner.

Although the two analyst firms differ when it comes to specific numbers, the two Oct. 11 reports found that declines in the PC market during the third quarter of 2016, were not as sharp as earlier ones. IDC and Gartner found that shipments totaled about 68 million units during the last three-month period.

In the Gartner report, principal analyst Mikako Kitagawa noted that people and companies are simply holding onto older machines for longer. Even with the release of new technology, such as Microsoft's Windows 10 in 2015, there appears to be no rush to upgrade to new models, especially when the current crop of desktops and laptops continue to work well.

In addition, Kitagawa notes that back-to-school sales in the consumer market have failed to generate excitement about new PCs. In most cases, whether it's in the developed economies or emerging markets, users are accessing the internet through smartphones or phablets. 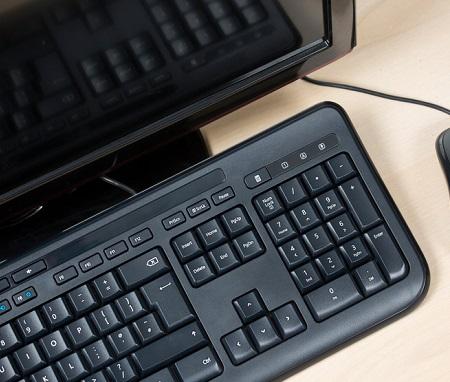 However, the slowing fall in shipments is welcome in an industry that is consolidating. That consolidation is one of the reasons IDC cited explaining why the market has stabilized somewhat during the past quarter.

"The better than expected results reflect competition among the market leaders and an effort to capitalize on market consolidation and future stabilization," according to the IDC report. "After struggling to reduce inventory over the past year or more, PC vendors are now rebuilding inventory for the second half of the year."

In the US, PC shipments totaled 16.2 million units, essentially flat growth compared to the third quarter of 2015, according to Gartner.

The top six PC vendors accounted for nearly 78% of all shipments. That fact signals the consolidation the analyst firm cited. Lenovo remained in the top spot with over 14.4 million PCs shipped during the quarter, but HP Inc. was a close second with 14 million total shipments.

Dell, Asus, Apple, and Acer round out the top six vendors, according to Gartner. Of note, Apple's shipments dropped about 13% from 2016 to 2015, since the company has not offered a major refresh of its Mac lineup for some time.

"As expected, Chromebooks had another banner quarter in the K-12 market," according to IDC. "Additionally, inventory replenishment in the channel continued, helping to drive total PC shipments above 17.5 million units. However, despite the positive growth, IDC maintains a cautious outlook for the fourth quarter."

It should be noted that Gartner numbers do not include Chromebooks in its calculations.