Samsung appears to be shifting its focus away from Google's Android mobile OS. Will it fill the gap with Windows Phone?
Eric Zeman
Contributor
January 12, 2015 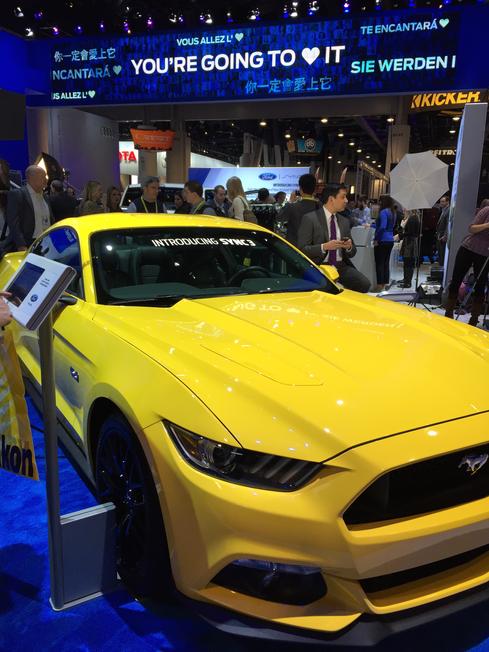 Samsung is weighing a new smartphone strategy. The company had hoped to use its Tizen platform to reduce its reliance on Google's Android. But now that Tizen is more or less dead, it may fill that gap with Microsoft's Windows Phone instead. There are a few hurdles in the way, but if they can be cleared the move could benefit both Samsung and Microsoft.

"Samsung has run pilot programs on the stability of Windows 8.1 software on devices," a Samsung official told The Korea Times. "It is interested in promoting Windows mobiles. By releasing a Windows mobile, Samsung could manage its phone business in the low-, mid-, to premium-end sectors."

Samsung has historically not been a big fan of Windows Phone. It has produced few such smartphones to date and made most of its fortunes over the last three years solely from devices with Android. Whether or not Samsung moves forward with Windows Phone will depend heavily on settling the bad legal blood between it and Microsoft.

[This year's upcoming World Mobile Congress should be a whopper. Read CES 2015: Lack Of Killer Phones Sets Up WMC.]

Thanks to patent royalties, Microsoft makes money from each Android handset sold. It signed a licensing agreement with Samsung over these patents, and Samsung made payments for a while. Everything changed, however, when Microsoft bought Nokia's handset business. Samsung claimed the acquisition made Microsoft a direct hardware competitor with Samsung and nullified their legal agreements. Since then, it hasn't made its payments to Microsoft and owes the Redmond-based firm more than $1 billion. Even though the deal closed last year, Samsung is still attempting to convince antitrust regulators to undo the acquisition. This is a big issue -- one that won't be solved overnight.

"If the companies settle their litigation," said The Korea Times' source, "then Samsung will manufacture handsets powered by the Microsoft-developed mobile platform. The timing could be the third quarter of this year at the earliest." That's one giant "if."

Why would Samsung turn to Microsoft's platform now? For starters, Microsoft is giving Windows Phone away for free, just as Google does with Android. Microsoft no longer asks handset makers for licensing fees. Windows Phone has broader developer support than Samsung's own Tizen platform. Samsung has delayed the release of Tizen-based phones due to the lack of apps. Windows Phone, small as its footprint is, is the world's third-most-popular mobile platform. Moreover, if Samsung is serious about breaking away from Google, Microsoft's Windows Phone is the next best -- read "only" -- option.

Microsoft needs all the help it can get. Windows Phone's market share has actually eroded over the last six months, despite the strengths of the Windows Phone 8.1 system update (announced last spring). HTC remains committed to Windows Phone, but other OEMs, such as Huawei, have given up on the platform. Winning over Samsung should be a priority for Microsoft.