Touch screens and touchpads are about to get thinner, says Synaptics, resulting in thinner notebooks and smart phones. Next-gen touchpads also will respond to degrees of force.
Serdar Yegulalp
Contributor
August 24, 2012 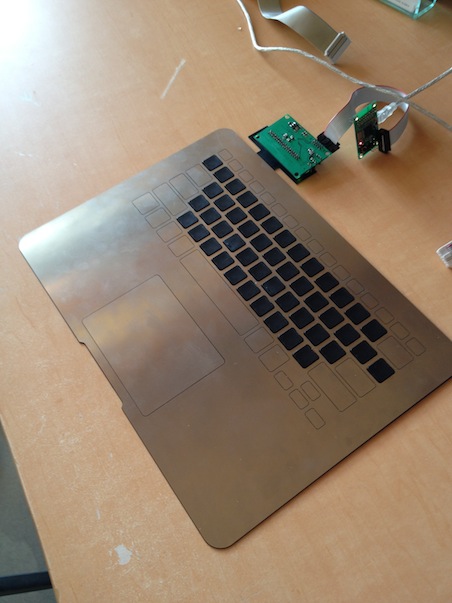 The new magic word for Synaptics, one of the biggest makers of touch technology for mobile devices and PCs, is "less".

In short, less of everything. That, Synaptics claims, will lead to more of what users of their technology do want: responsive and accurate touch devices that don't come at the cost of higher power consumption or foggier-looking touch screens.

Last week Synaptics sat me down in a hotel suite in Manhattan to demonstrate the inroads it has made toward those goals. It has the history to back up its ambitions: Synaptics introduced the first of its touchpad devices in 1995, for the Apple PowerBook, and has been a regular presence in personal computing and home-entertainment devices ever since. The idea is to make touchpads and touchscreens appealing to people who normally shun them.

Most of the recent innovations Synaptics are touting involve making touch more than, as the company puts it, "binary." Instead of just registering the presence of touch in a given area, Synaptics's new touch devices also register degrees of force--up to a kilogram per finger, and up to five fingers, on the test device I was shown. 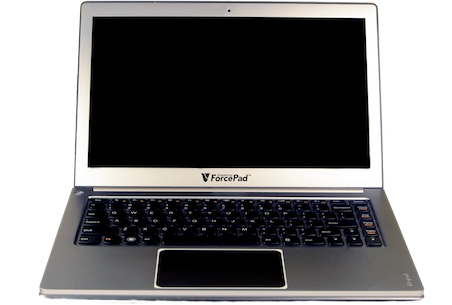 This force-sensing is being planned for use in a new type of keyboard, the ThinTouch, that's 40% thinner than usual--the keys are no more than 2.5 mm tall--but still has the comfortable, full-travel feel you'd expect from a keyboard. What Synaptics plans to do with its technology specifically is still a bit hazy, but I watched a video that showed a possible proof-of-concept design where a light touch registers a lowercase letter and a more forceful press registers an uppercase letter.

This force-sensitive tech also is going into the new generation of ultrabook touchpads. Synaptics' current ClickPad pointing device for ultrabooks does away with mouse buttons by making the whole trackpad a button. That's soon to be eclipsed by Synaptics' forthcoming ForcePad, which uses the force-sensing technology as a substitute for buttons.

I tried out a prototype ForcePad and was impressed, especially with the multi-touch gestures, which let me swipe and hold two fingers to scroll continuously, for instance. I still miss the feel of a discrete button, though, especially when any "clicks" on the pad register only as audio or as on-screen activity instead of an actual mechanical movement.

Hardware integration was another big theme in the presentation. Thinner touchpads mean more room for batteries in ultrabooks. Synaptics also talked up its touch technology for smartphones, which are half as thick as their predecessors--fewer electronics, less touch-sensing lag, and fewer components that cover up the phone display and make it dimmer.

I'm about as hard a sell as there is for a touch device. With my notebook, a Sony Vaio that uses a Synaptics touchpad, I've eschewed both touchpad and wireless mouse for keyboard shortcuts whenever possible. If Synaptics is able to get touchpad haters like me to get into the habit of using touch on the next generation of notebooks--through touchpads, touch screens, or both--it will have made a bigger dent than it realizes.